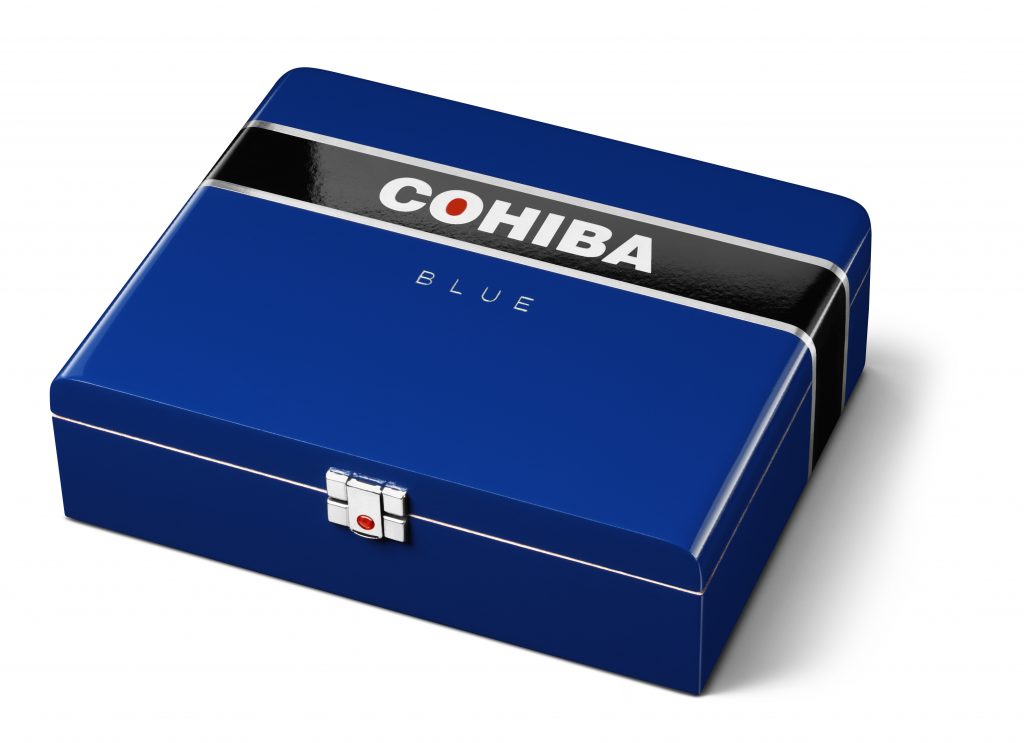 The Cohiba Blue uses General’s Honduran Olancho San Agustin (OSA) for its wrapper and binder. The remainder of the blend consists of Honduran Jamastran, Nicaraguan Ometepe and Dominican Piloto Cubano. Cohiba Blue is produced at the General Cigar Dominicana factory in Santiago, Dominican Republic. The Cohiba Blue 7 x 70 is presented in 15-count boxes.

Cohiba Blue was first introduced in 2017. In 2019, the line underwent a packaging refresh.

At a glance, here is a look at the Cohiba Blue line: