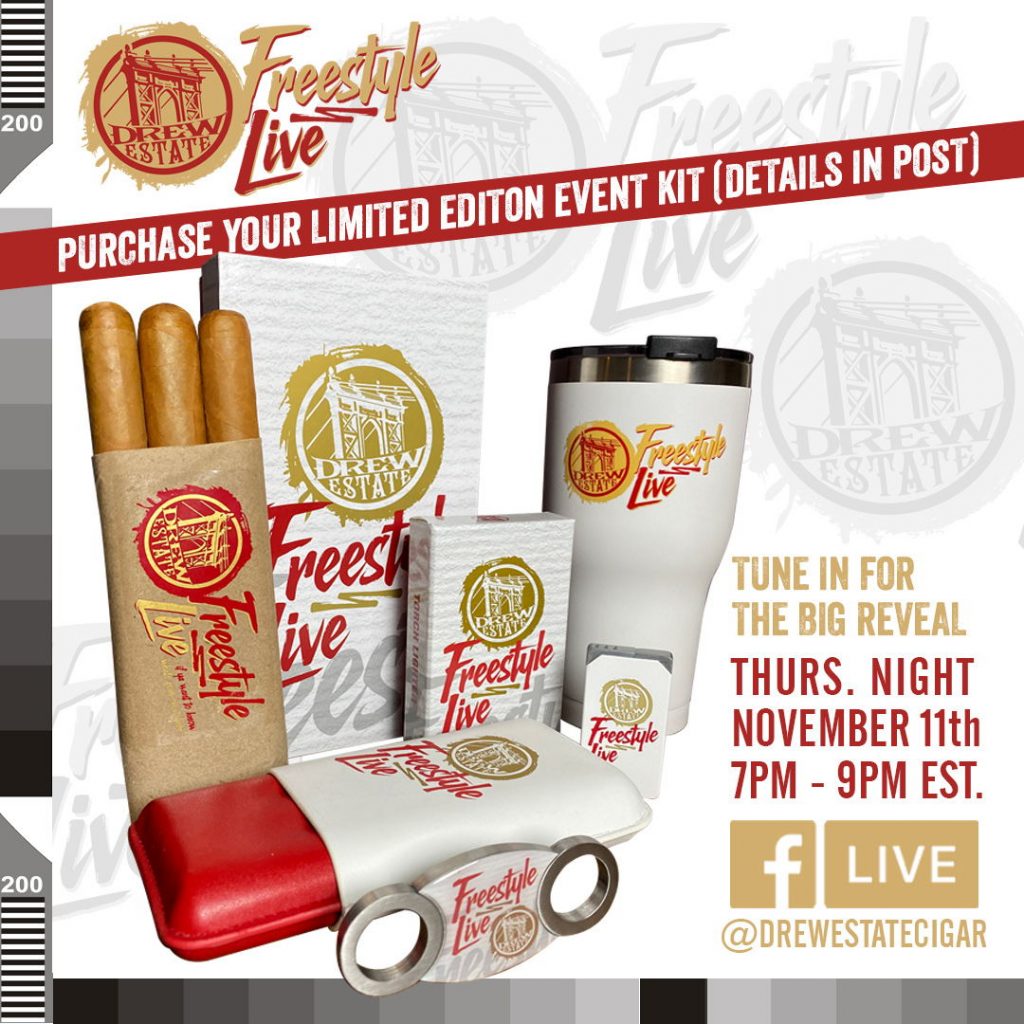 Drew Estate has announced it will be releasing a second Freestyle Live Event kit. The kit will contain what the company called “three ultra-premium cigars” (unbanded) along with a Freestyle Live-branded cutter, lighter, and tumbler. The cigars represent a new brand that will be unveiled during the “Freestyle Live: Special Edition” show on Nov. 11 on Drew Estate’s Facebook Live page (facebook.com/drewestatecigar).

Previously, Drew Estate released a Freestyle Live Event Kit this past spring that contained the cigars that were revealed as Undercrown 10.

Each Freestyle Live Event Pack comes with a lanyard and badge. Anyone who purchases a Freestyle Live Event Pack can register their badge via the QR code on the back to be entered into a sweepstakes for a chance to win incredible prizes, including the grand prize of a 2022 Ford F-150 Lightning electric truck, valued at $42,000. The second-place prize is a 2022 Polaris 1400 General ATV, valued at $14,000. The third-place contestant wins a Drew Estate Bridge Bar, which is valued at $1,500.

Each of the Drew Estate Freestyle Live Special Edition Event Packs has an MSRP of $45.00. A total of 5,000 packs will be made available for purchase. A list of participating retailers will be available at drewestate.com/freestylelive2021 beginning on Oct. 25.