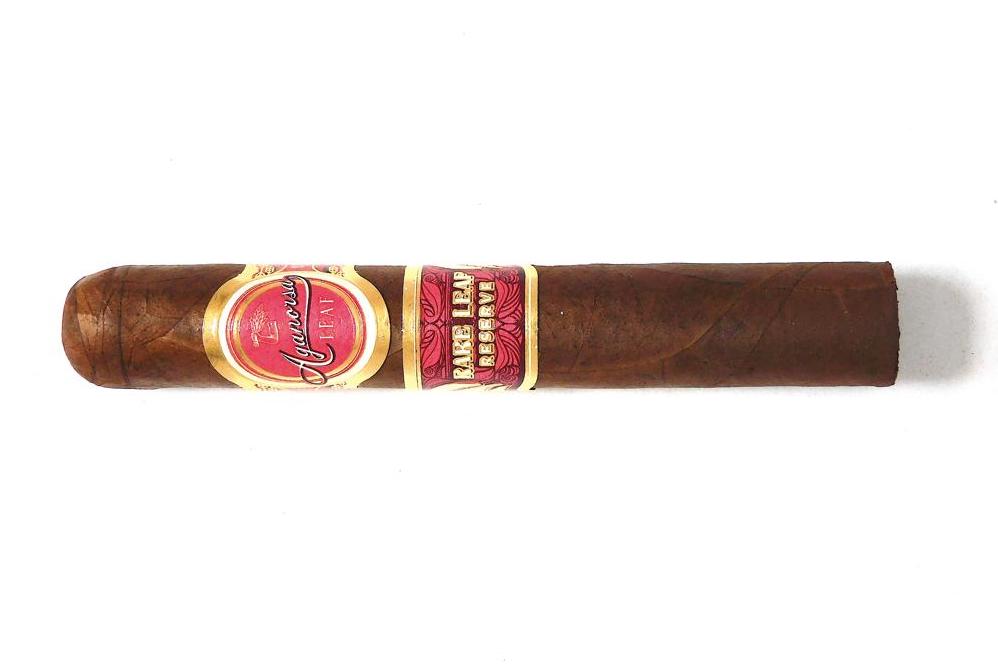 A few years ago, when Casa Fernandez Cigars rebranded to become Aganorsa Leaf, the company would subsequently come up with the slogan “our leaf is our strength.” This really isn’t a new concept because for as long as I can remember (going back to the Casa Fernandez days), the company has always prided itself on its exceptional tobacco crop. Prior to the release of Rare Leaf Reserve in 2020, the company released another limited release called Supreme Leaf which pays homage to its crop.

Without further ado, let’s turn our attention to the Aganorsa Rare Leaf Reserve Robusto and see what this cigar brings to the table.

There are two crops that Aganorsa Leaf is known for – Corojo ’99 and Criollo ’98. Over the past few years, it is the Corojo ’99 that has gotten much of the attention. The blend for the Rare Leaf Reserve is described as being predominantly Criollo ’98. The blend consists of 100 percent Aganorsa farm-grown tobacco. Production is handled out of the company’s TABSA factory located in Estelí, Nicaragua.

The Aganorsa Leaf Rare Leaf Reserve is offered in three sizes. Each is presented in 15-count boxes.

The Aganorsa-grown wrapper of the Rare Leaf Reserve Robusto had medium-brown color with a slight rosado tint to it. Upon closer examination of the wrapper, there was a slight amount of mottling. There also was some oil on the surface of the wrapper. Most of the wrapper seams were well hidden, but there were some visible veins.

There are two bands on the Aganorsa Leaf Rare Leaf Reserve. The primary band has a mostly (not so bright) red, antique yellow, and gold color scheme. The primary band has a red circular field at the center surrounded by gold, antique yellow, and red trim. On that field is a white Aganorsa leaf logo. Below that is the text “Aganorsa” (in cursive) and “LEAF” in the antique yellow format. To the left and right of the field is a red background surrounded by gold adornments (with touches of black) on the trim. On the left side of the band is the text “ESTELI” while on the right side is the text “NICARAGUA” – both in the antique yellow trim.

The secondary band rests just below the primary band on the base of the cigar. The band has a mostly a red and antique yellow color scheme with touches of black. The band is finished with gold trim on the top and bottom. The center of the field has a backdrop of leaves. On that backdrop is the text “RARE LEAF RESERVE.”  The left and right sides of the band have antique yellow leaf designs on them.

A straight cut was used to remove the cap of the Aganorsa Leaf Rare Leaf Reserve Robusto. Once the cap was detached from the head of the cigar, it was on to the pre-light draw ritual. The cold draw delivered a mix of natural tobacco, leather, and cedar. Overall this wasn’t the most exciting pre-light draw, but because the pre-light draw is not scored, it does not factor into our numeric score or value rating. At this point, it was time to toast up the footer of the Aganorsa Leaf Rare Leaf Reserve Robusto and commence with the actual smoking experience.

During the second third of the Aganorsa Leaf Rare Leaf Reserve Robusto, the natural tobacco notes remained in the forefront. The mustiness transformed into a mineral note. At the same time, the black and red pepper combination emerged in the background. Other background notes included cedar and nut.

The pepper notes increased and closed in on the forefront, but they didn’t quite eclipse the natural tobacco. There was a slight increase of the sweetness in the natural tobacco. The mineral, cedar, and earth notes rounded out the flavor profile. This is the way the Aganorsa Leaf Rare Leaf Reserve Robusto came to a close. The resulting nub was slightly soft to the touch and cool in temperature.

The Aganorsa Leaf Rare Leaf Reserve Robusto was a well-constructed cigar and this reflected nicely on the burn and draw scores. The Rare Leaf Reserve Robusto maintained a straight burn path and straight burn line with minimal touch-ups from start to finish. The resulting ash was light gray. This was an ash that was skewed toward the firmer side. As for the burn rate and burn temperature, both were ideal. 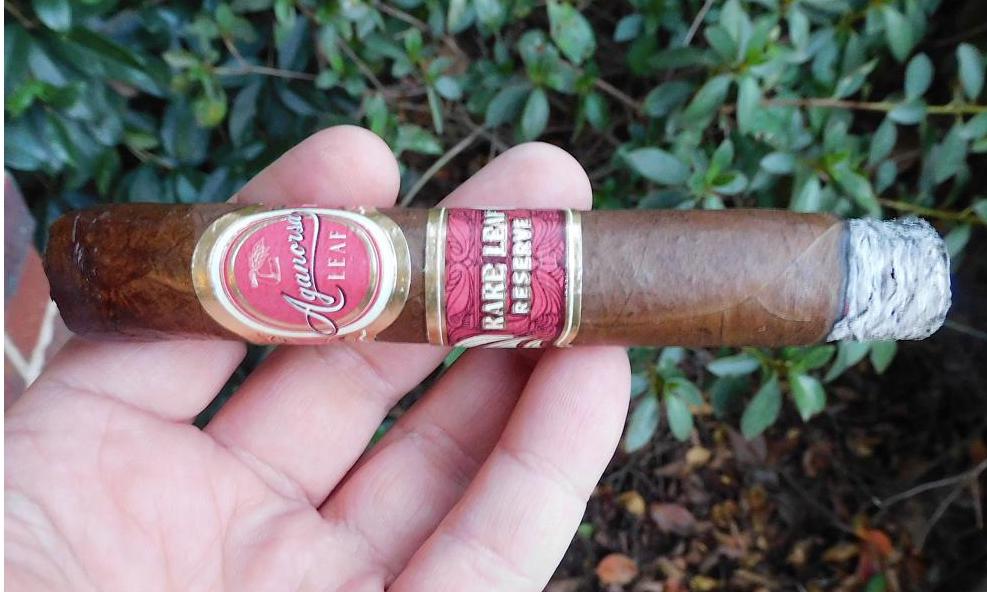 Overall the draw of the Aganorsa Leaf Rare Leaf Reserve Robusto had a touch of resistance to it – this is something that this author considers a positive. At the same time, this was a low-maintenance cigar to derive flavors from.

The Aganorsa Rare Leaf Reserve Robusto delivered a medium strength, medium to full-bodied smoking experience from start to finish. Along the way, there was a minimal increase in both attributes. When looking at strength versus body, the body maintained the edge throughout the smoking experience.

The Rare Leaf Reserve Robusto is an example of a cigar that had excellent construction and a nice amount of complexity. However, when it came down to flavor, it lacked the wow-factor I have long associated with Aganorsa Leaf premium cigars. In terms of this cigar being Criollo ’98 forward, I don’t think that was a problem. There have been several Criollo ’98 forward blends that have impressed me. This simply might be a case of a blend and size not clicking for me (and I do plan on smoking the other sizes in more depth).  In the end, I’d recommend trying a sample first and seeing if this is in your wheelhouse.