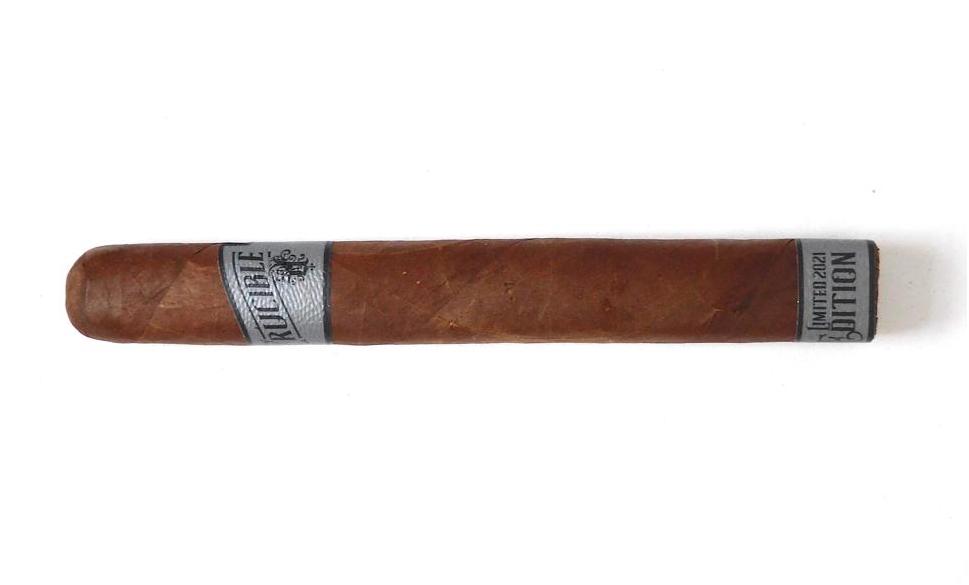 The Diesel brand is one that certainly floated around among distribution channels over the past few years. Diesel was originally a brand that Scandinavian Tobacco Group (STG) sold through Cigars International and its Meier & Dutch distribution arms. In 2017, STG made the decision to take Diesel into the Brick & Mortar sector and it was moved into the General Cigar Company portfolio. During this time General invested in the growth of this brand. Earlier this year, it was announced that several brands were splitting from the General Cigar Company portfolio into a new distribution arm known as Forged Cigar Company. For the most part, it was been business as usual for Diesel under the Forged umbrella. One constant throughout all of these distribution changes has been that Diesel has been blended by AJ Fernandez. Fernandez continues to blend Diesel – including the Crucible – although in recent years, STG’s Justin Andrews has been listed as a collaborator.

Without further ado, let’s break down the Diesel Crucible and see what this cigar brings to the table.

The Diesel Crucible utilizes a three-country blend consisting of an Ecuadorian Habano wrapper, Nicaraguan tobacco for the binder and filler as well as some Honduran tobacco as a part of the filler.

The Diesel Crucible is available in one size – a 6 x 52 box-pressed Toro. The cigars are presented in a ten-count two-compartment box that is similar to the other installments of the Elixir Series A total of 3,000 boxes were produced. 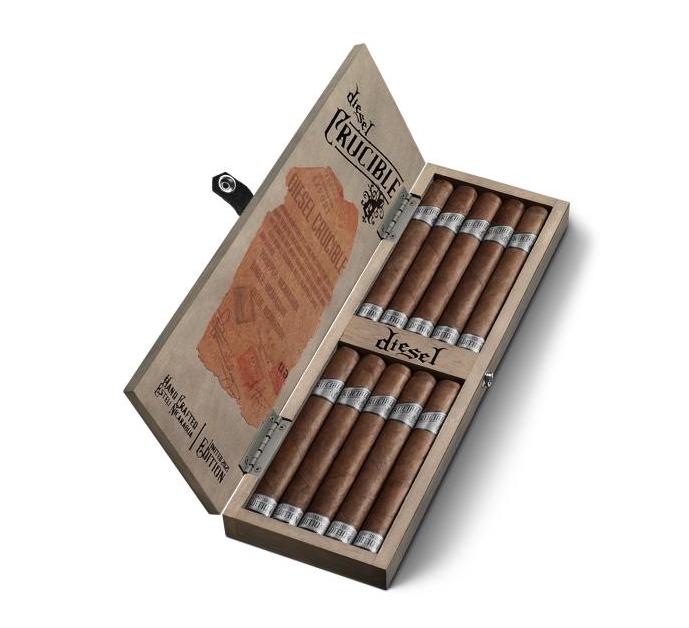 There are two bands on the Diesel Crucible. Each has a matte finish to it featuring a gray background and black font and trim. The primary band had the text “CRUCIBLE” arranged on an upward angled font. To the lower right of that text is a Diesel insignia logo. There was another Diesel insignia logo on the far right of the band. The far left of the band had the text “diesel” in a gothic white font in landscape mode.

As for the secondary band, it is wrapped around the footer. This band has a similar color scheme, but contains the text “LIMITED 2021 EDITION”.

Prior to lighting up the Diesel Crucible, a straight cut was used to remove the cap. From that point, it was on to the pre-light draw ritual. The dry draw delivered notes of natural tobacco, dusty earth, and a slight fruit sweetness. Overall this was a satisfactory pre-light draw experience. At this point, it was time to remove the footer band, light up the Diesel Crucible, and see what the smoking phase would have in store.

There was a slight blast of black pepper that opened up the smoking experience of the Diesel Crucible. From that point notes of earth, fruit, natural tobacco, and mineral entered the equation. There was no dominant note until about the midway point of the first third where the earth notes took over. The pepper, fruit, natural tobacco, and mineral notes settled into the background. There were some wood and mixed pepper notes present on the retro-hale.

The Diesel Crucible is a well-constructed cigar and this reflected nicely on the scores of the burn and draw. The burn was low maintenance – requiring minimal touch-ups to keep a relatively straight burn line and a relatively straight burn path. The resulting ash was a silvery-gray with some dark spots. The ash was skewed toward being on the firmer side. The burn rate and burn temperature were both ideal. 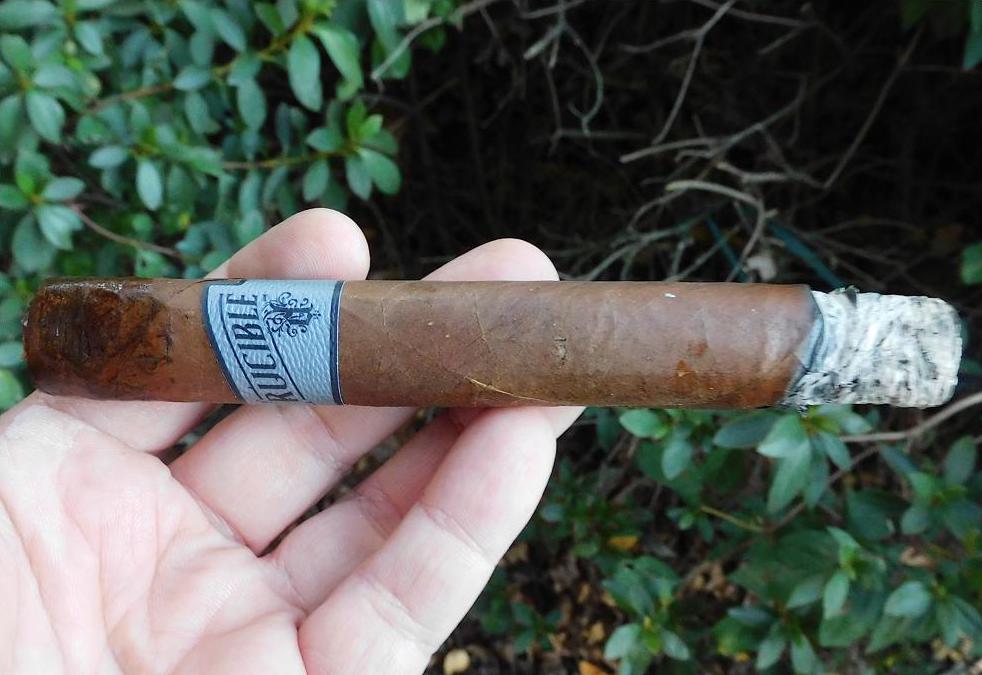 Burn of the Diesel Crucible

The draw to the Diesel Crucible had a tiny amount of resistance. This is something I consider to be an ideal level. When it comes to box-press cigars, sometimes the draw is too open – but not in this case. At the same time, the Diesel Crucible delivered an ample amount of smoke during the cigar experience.

The Diesel Crucible was advertised as a bolder smoke, but this is not what I got from the cigar. Instead, with the exception of the pepper blast,  I got a cigar that was medium in strength and body. There wasn’t much in the way of variance during the cigar experience. Both the strength and body balanced each other nicely with neither attribute overshadowing the other.

When Diesel came into General, I really liked the direction Diesel was heading in. The brand was developing some innovative, core, regular production releases such as Whiskey Row, Whiskey Row Sherry Cask, and Estelí Puro. However, most of the limited releases have just not lived up to the ones I just mentioned. Yes, they are good cigars, but I’ve found them to be mundane and lacking the innovation and wow factor that the core lines have delivered. Diesel Crucible certainly falls in that category. It a classic average cigar that is certainly one I could recommend to any cigar enthusiast. It’s one that I would buy and smoke again – but this brand has certainly shown it can play at a higher level. Now that the brand is under Forged, I would just like to see it return to the next level.