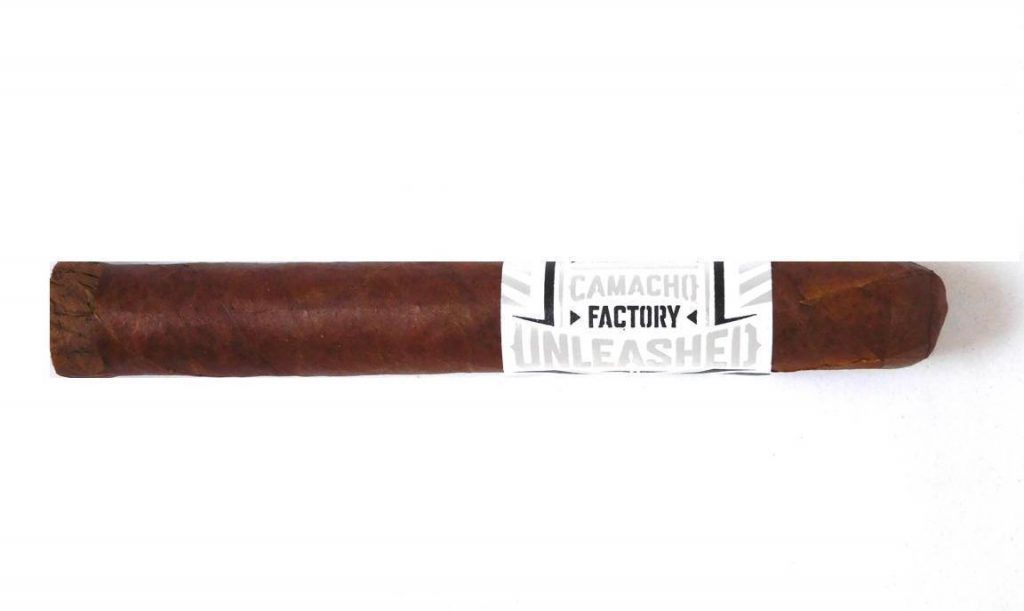 The period of 2013 to 2017 will long be remembered as the innovation era at Davidoff. During that period, Davidoff would introduce a variety of new regular production and limited edition releases into the market.  Post-2017 has seen the number of new releases decrease. One of the Davidoff brands that still has maintained a good level of innovation has been Camacho. In 2021, Camacho would introduce a new line known as Camacho Factory Unleashed. It’s a limited production line that was showcased at the Tobacco Plus Expo (TPE) 2021 Trade Show. As the name indicates, this is a cigar that pays homage to Camacho’s factory in Honduras. Today we peel the onion a little more and take a closer look at the Camacho Factory Unleashed.

Without further ado, let’s break down the Camacho Factory Unleashed and see what this cigar brings to the table.

The Camacho Factory Unleashed utilizes a four-country, multi-national blend. It’s highlighted by an Ecuadorian Corojo wrapper. The blend also utilizes a Honduran binder and fillers from Honduras, Nicaragua, and the Dominican Republic. The use of the Ecuadorian Corojo could be considered somewhat unique. I don’t believe Camacho has used an Ecuadorian grown Corojo wrapper before. Most of the Corojo used has been what Camacho has dubbed “Original Corojo” – tobaccos grown in Honduras (although Camacho has used Nicaraguan grown Corojo as well).

The Camacho Factory Unleashed comes in one size – a 6 x 50 Toro. An innovative feature of this vitola is a 1/2 inch shaggy foot where the binder is exposed. The cigar is available in 100-count rustic wood crates. One thousand crates will be made available for retail partners. In addition, an additional 2,500 paper-wrapped bundles of ten cigars will be reserved for E-Commerce. 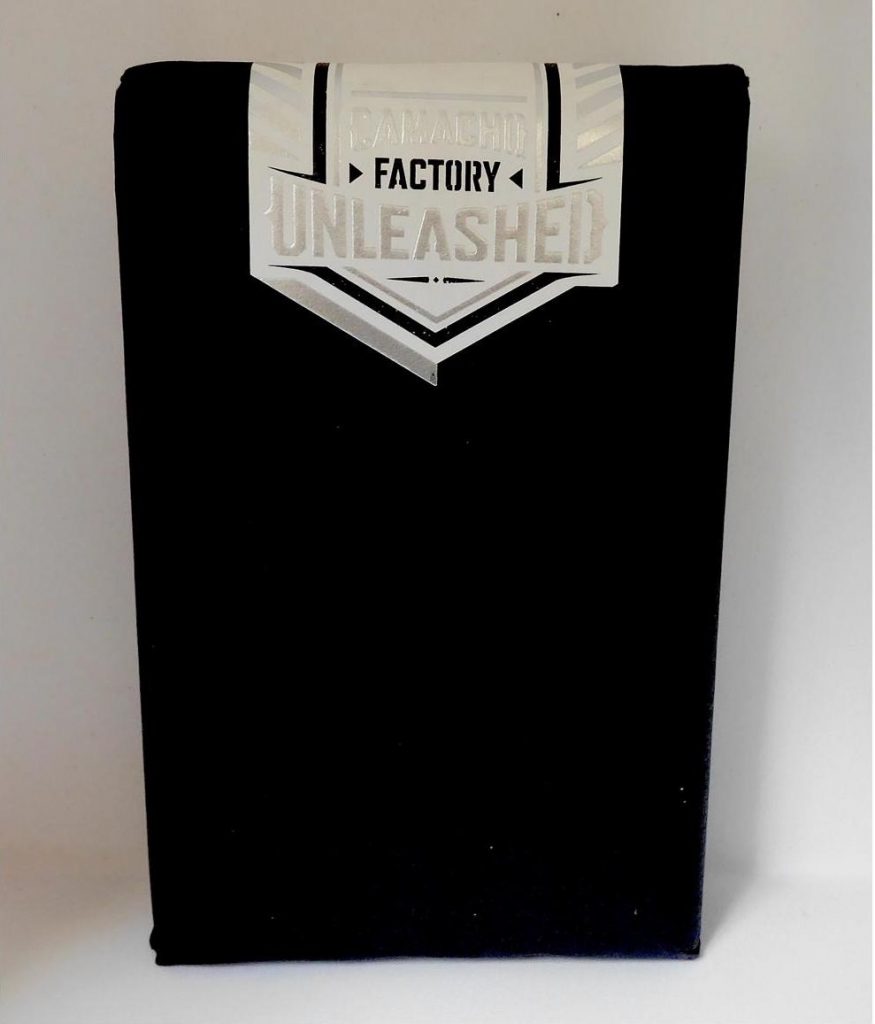 The Ecuadorian Corojo wrapper of the Camacho Factory Unleashed had a medium brown color with a rosado tint. The surface of the wrapper had a light sheen of oil on it. There were some visible veins, but the wrapper seams were well hidden. As mentioned there is about 1/2 from the footer where the binder is exposed.

The band of the Camacho Factory unleashed is designed in a landscape mode. It has a white background with black and silver font. There is a black Camacho scorpion with the text “TORO” in black font. Below a black divider is the text “CAMACHO” in a silver color using the branding’s font. Below that is the text “FACTORY” in black font. The lower part of the band is tapered and  has the text “UNLEASHED” in silver font The remainder of the band has silver and black accents on it.

A straight cut was used to remove the cap of the Camacho Factory Unleashed. Once the cap was separated from the head of the cigar, it was on to the pre-light draw phase. The dry draw delivered a mix of nougat, cedar, and a hint of floral. Despite the floral note (which I am not a fan of), this was still a satisfactory pre-light draw. At this point, it was time to toast the foot of the Camacho Factory Unleashed and move into the smoking phase.

The Camacho Factory Unleashed opened up with some notes of earth, cedar, floral, citrus and savory notes. Once the cigar burned through the rough cut portion of the cigar, natural tobacco and nut notes emerged. The savory and floral notes dissipated. The natural tobacco and nut took over as primary notes. The citrus, earth, and cedar notes moved into the background. Both the cedar and nut flavors were also prominent on the retro-hale.

By the final third, the pepper notes increased and began to make their way into the forefront with the cedar and natural tobacco. The overall flavor profile became a bit muddled and harsher. Meanwhile, there still were touches of earth and nut present. This is the way the Camacho Factory Unleashed came to a close. The resulting nub was soft to the touch and lukewarm in temperature.

The burn of the Camacho Factory Unleashed did maintain a straight burn path and relatively straight burn line; however as things progressed further in the cigar experience, it required more frequently touch-ups. Eventually, this cigar needed more touch-ups than I prefer. The resulting ash also started out firm, but seemed to get a bit looser along the way. This cigar produced an ash that was light in color. The burn rate was ideal. For the most part the burn temperature remained ideal until well into the final third and approaching the nub. 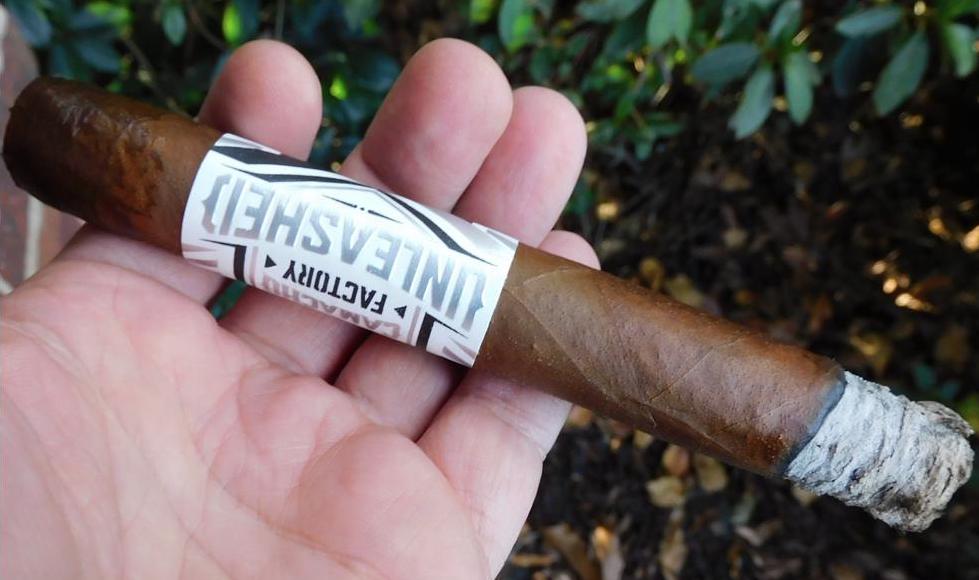 Burn of the Camacho Factory Unleashed

The Camacho Factory Unleashed had a draw that was a little more open than I prefer. It wasn’t a loose draw, but normally I prefer a little more in the way of resistance on my draw.

While Camacho is known for being the “bold standard”, the Camacho Factory Unleashed wasn’t one of the bolder Camacho Cigars. This is a cigar that started out mild to medium in strength. These flavors produced started out medium in body. There was a gradual increase in the intensity of the attributes along the way and by the final third, this was a cigar that was medium in strength and producing medium to full-bodied flavors.

When it came to strength versus body, the body maintained the edge from start to finish.

One point that doesn’t factor into the final score of this cigar that I think is worth bringing in is, I’m still a little confused about this cigar. I understand the use of the Ecuadorian Corojo wrapper showcases the factory’s innovation, but if you are paying homage to the factory, wouldn’t you work with a tobacco that showcases what brought you to the dance? (i.e. Original Corojo?)

As for the cigar, I was quite impressed with the complexity of the Camacho Factory Unleashed. This is definitely a lot more complex than most Camacho cigars I have smoked over the past eight years. This had the effect of a double-edged sword. During the first half of the cigar, the flavor nuances and transitions played well; however as the cigar moved through the second half, the flavors became muddled and harsh – making this much less enjoyable. In the end, I’d recommend you try a sample of this cigar first and seeing if its right fit for you.

Ben Lee of The Smoking Syndicate and Cigar Coop recently assessed the Camacho Factory Unleashed  and gave it an 88.