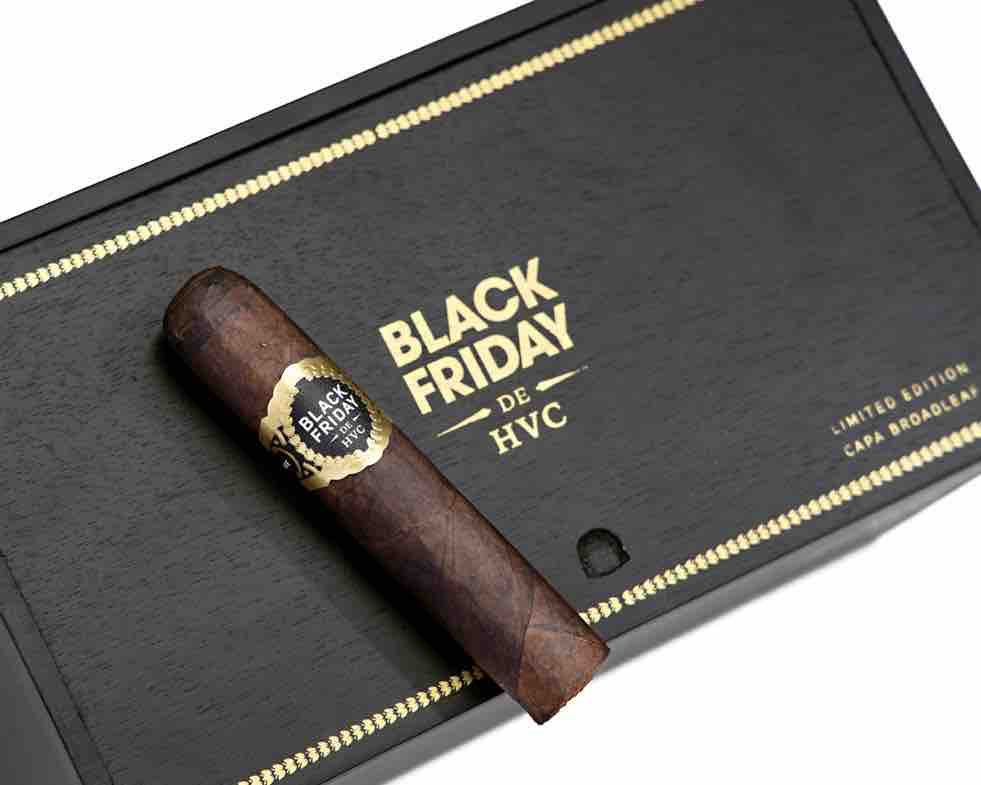 Black Friday, the day after Thanksgiving, is known as the biggest shopping day of the year. It’s a day in our culture that has taken on a life of its own. Each year since 2015, HVC Cigars has released a limited edition cigar meant to coincide with Black Friday.  HVC has now announced its Black Friday 2021 Limited Edition. The cigar is scheduled to ship in the late October/early November timeframe.

The HVC Black Friday 2021 is one of the more intriguing blends in the series. It will be the first HVC Black Friday cigar to use a Connecticut Broadleaf wrapper. The cigar features all Nicaraguan tobaccos including a heavier component of Corojo 2012 with Criollo ’98 for the filler and binder.

The national release of the Black Friday will be in a Short Toro size measuring 4 3/8 x 54. A total of 600 50-count boxes were produced. Production is handled out of the Tabacos Valle de Jalapa S.A. (TABSA) factory. Pricing is set at $9.50 per cigar.

HVC was the first company to release a Connecticut Broadleaf cigar from TABSA with the HVC Broadleaf Selection. To date, this is believed to be the only other cigar to come out of TABSA with a Broadleaf wrapper.

HVC is planning a series of national launch events at Two Guys Smoke Shop the first week in November.