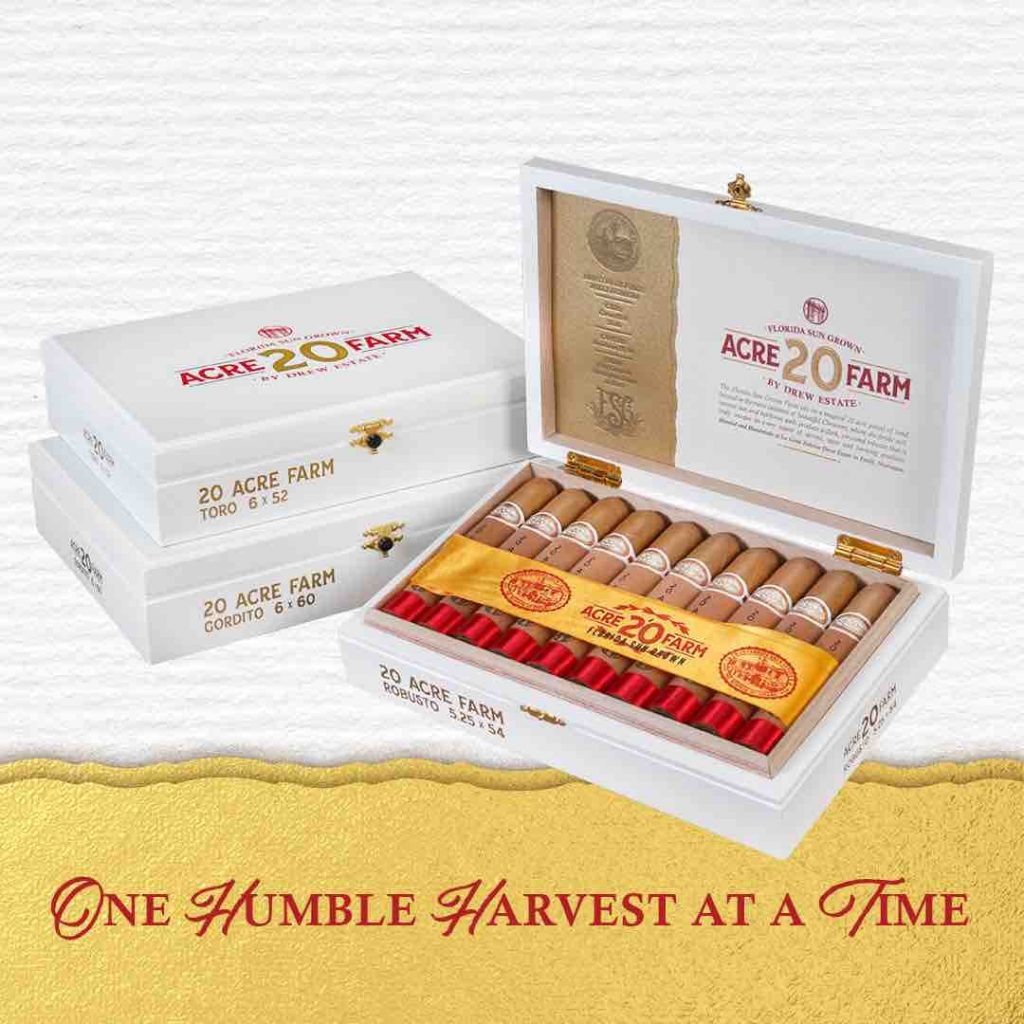 On the November 11, 2021 edition of Drew Estate’s Freestyle Live: Special Edition broadcast, Drew Estate unveiled its latest mystery cigar to be a new installment under the FSG line known as 20 Acre Farm.

The 20 Acre Farm gets its name from the 20-acre plot of land in Clermont, Florida where Jeff Borysiewicz grows Florida Sun Grown tobacco. Borysiewicz is best known as the founder of Corona Cigar Company. In 2013 he bought that plot of land with the goal of reviving tobacco growing in the State of Florida which had ended in 1977.

“Florida was once a big tobacco supplier for cigar factories in Tampa and beyond,” commented Borysiewicz in a press release. “The farm that I bought just west of Orlando proved to be the perfect plot of land to resurrect Florida’s cigar tobacco growing heritage. We combined age-old tobacco growing practices along with the most advanced modern agricultural techniques to produce Florida Sun Grown tobacco, which is unique in every aspect of flavor, intensity and aroma.”

While there have been several brands to utilize Borysiewicz’s Florida Sun Grown (FSG) tobacco, this is the second Drew Estate line to utilize it. Blended by Willy Herrera, the 20 Acre Farm consists of an Ecuadorian Connecticut Shade Grown wrapper over a Sun Grown Habano binder, and a filler blend of Nicaraguan tobaccos from Estelí and Jalapa as well as Borysiewicz’s FSG tobacco. 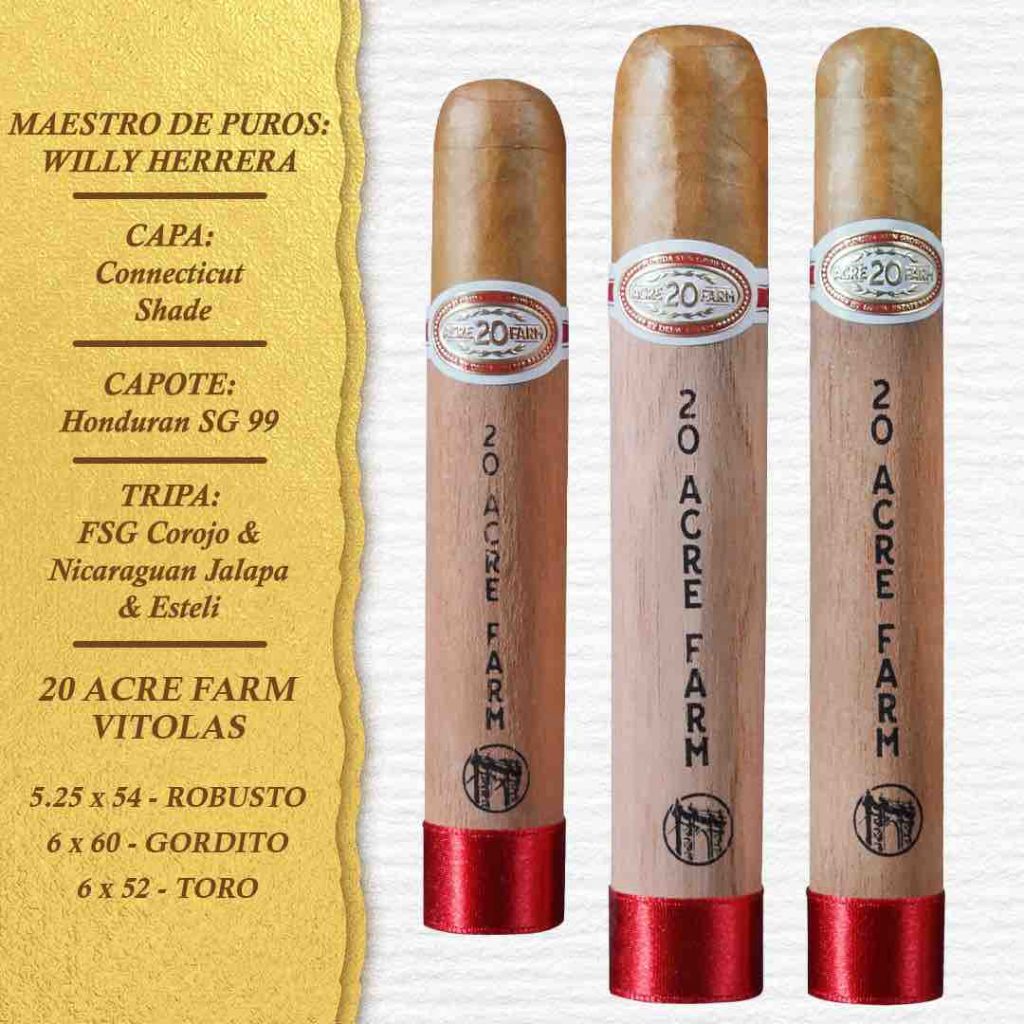 “Jeff’s magnificent farm in Clermont has the feel of being directly transported from Cuba’s famed Vuelta Abajo region, where the best Cuban tobaccos are harvested,” Jonathan Drew, Founder and President of Drew Estate, comments. “While carefully blended into the cigar so it doesn’t overpower the rest of the tobaccos, the Florida Sun Grown tobacco serves as 20 Acre Farm’s backbone, and it leads every aficionado on an exclusive journey thru history, space and time to the gilded years of Cuban cigars.”

Not announced in the press release, the existing core FSG line is moving from regular production back to a single store exclusive to Corona Cigar.