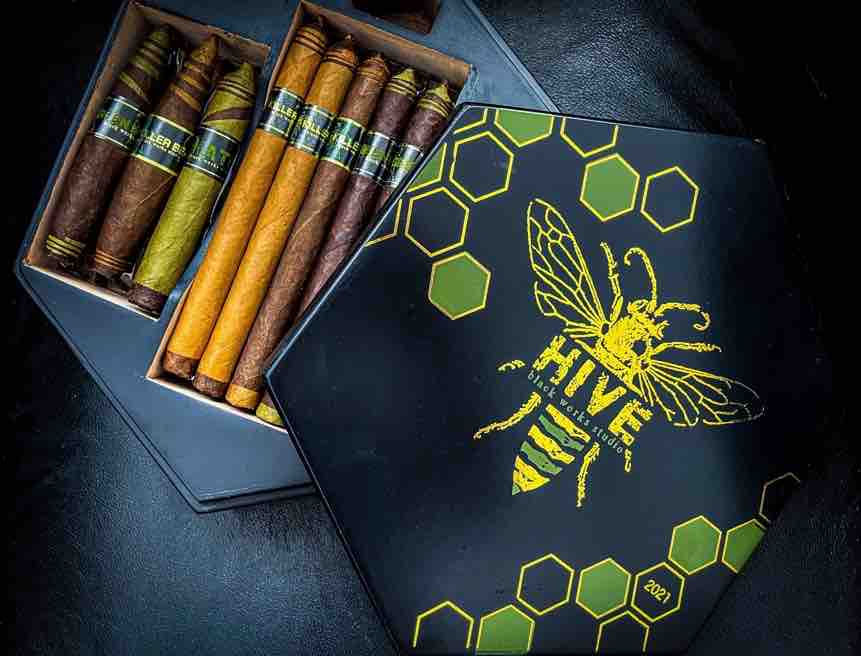 Oveja Negra Brands has announced that the Black Works Studio (BLK WKS) Hive a collection of 27 specialty size cigars from the Killer Bee and Green Hornet lines is now heading to retailers.

The Hive made its debut at the 2021 Premium Cigar Association (PCA) Trade Show where it was offered to retailers on a first-come, first-serve bassi.

“HIVE is an idea I’ve had for a few years now. The Killer Bee & Green Hornet lines are some of our most popular and over the years I’ve played with a lot of different ideas for both. The HIVE is a mix of some of my favorite Bee & Hornet samples that have yet to be released. For anyone that is a fan of the Killer Bee & Green Hornet, this is a must have!” says James Brown, creator of BLTC and partner at Fabrica Oveja Negra in a press release.