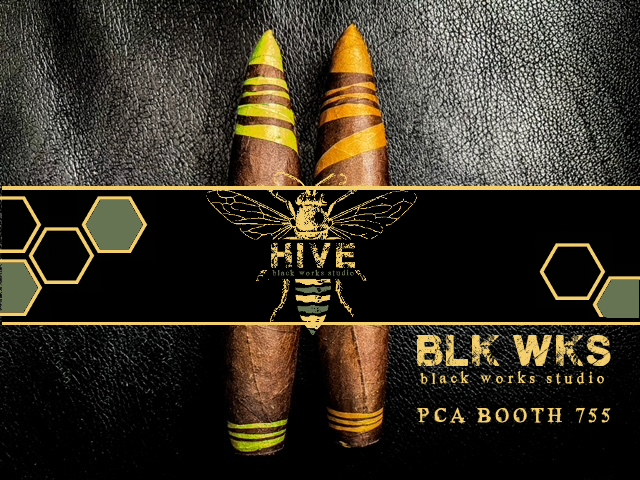 “We wanted to offer Hive for PCA attendees as a way of showing our appreciation for the retailers who come to support our brands at the show. The HIVE is an idea I’ve had for a few years now. The Killer Bee; Green Hornet lines are some of our most popular and over the years I’ve played with a lot of different ideas for both. Hive is a mix of some of my favorite Bee Hornet samples that have yet to be released. For anyone that is a fan of the Killer Bee; Green Hornet, this is a must have!” says James Brown, creator of BLTC and partner at Fabrica Oveja Negra, in a press release.

The cigars feature an assortment of Ecuadorian Maduro, Connecticut Shade, and Candela wrapper options over a Honduran Habano wrapper and Nicaragua filler. The cigars are available in 27-count boxes with each cigar having an SRP of $12.50.

According to Oveja Negra Brands, Hive is a small batch release offered on a first-come, first-served basis to Black Works Studio and Black Label Trading Company retailers attending PCA 2021. The cigars are slated to ship in the fall.