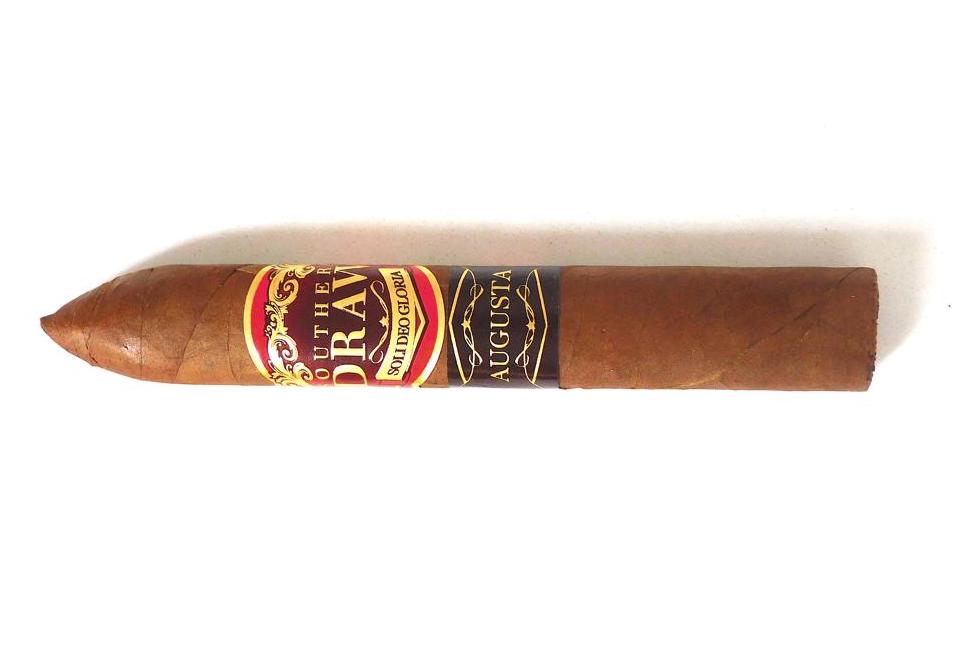 If there is one portfolio that has been one of the more interesting evolutions that have been seen over the years, it has to be that of Southern Draw. Over the years, the portfolio has grown to become a series of excellent cigars where there truly is something for everyone. Perhaps the most interesting thing has been that Southern Draw has taken some of its core offerings and introduce extensions involving different blends. In 2020, one of the lines introduced was an offshoot of the popular Southern Draw Firethorn line – and that cigar would be the Firethorn Augusta. This is the cigar that we will take a closer look at today.

Many Southern Draw cigars are named after plants. Firethorn is no exception as it is a shrub that is famous for its orange and red berries. The Augusta name is significant because Firethorn is famous for being at Augusta National Golf Club, home of The Masters golf tournament. Augusta is also the home of Fort Gordon, a military base where members of the Southern Draw family have served.  Southern Draw Cigars has prided itself on being “veteran owners.” The initial (bundle) packaging depicts a tribute to the military.

Firethorn Augusta was initially released on Veterans Day in 2020. The initial release went to Cigars International with future plans for a national release.

Without further ado, let’s break down the Firethorn Augusta.

The Firethorn is Southern Draw’s Habano Rosado wrapped blend. The Firethorn Augusta uses the same tobacco components. According to Southern Draw Cigars, the Augusta differs in that it features changes in both ratios and aging of the same select tobaccos. 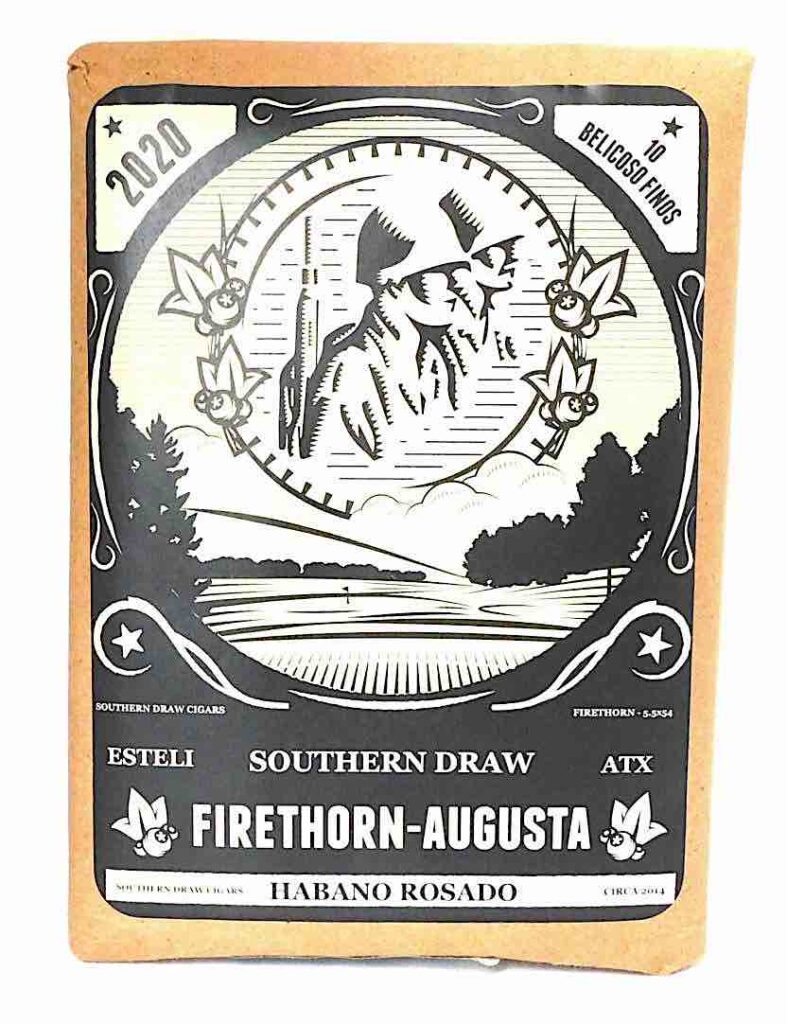 The Habano Rosado wrapper of the Firethorn Augusta had a medium brown color with a light cinnamon tint. Upon closer examination, there was some mottling present on the surface. The surface of the wrapper had a slight coating of oil on it. There were some visible veins and wrapper seams. The box-press had a near-square press style to it. The Belicoso has a short, but moderate taper toward the head of the cigar.

The Southern Draw Firethorn Augusta features two bands. The primary is the original Southern Draw band design the company had when it first launched. This band has a red, brown, gold, and black color scheme. The text “SOUTHERN DRAW” is in gold font over a brown/red background. The brown / red background has a gradient effect to a red color along the sides. Below the text is a gold ribbon-like design with the text “SOLI DEO GLORIA” (which is Latin for Glory to God alone) in thin black font. The remainder of the band has red, black, and gold designs. Most notably to the left is the text “AGED” in white font on a red background. To the right is the text “HANDMADE” – also in white font on the red.

A straight cut was used to commence the cigar experience of the Southern Draw Firethorn Augusta. I used the Credo Special T Cutter, a cutter that contains two cutting holes. One of the cutting holes has a 38 ring diameter and is perfect for cutting tapered head cigars. This allows one to get a cut with a ring size that allows one to maximize the tapering experience the cigar has to offer.

Once the cap was removed, it was on to the pre-light draw. The cold draw delivered a mix of earth, natural tobacco, pepper, cedar, and wood. Overall this wasn’t the most exciting pre-light draw. Since the pre-light draw is not incorporated into the score of value rating, there was not loss of points here. At this point it was time to light up the Firethorn Augusta and see what the smoking experience would have in store.

The Southern Draw Firethorn Augusta opened up with notes of wood, cedar, black pepper, earth, and orange rind. Early on the earth and orange rind moved to the forefront with the wood, cedar, and pepper notes settling in the background. By the middle of the first third, the earth notes took over as the sole primary note. Meanwhile there were notes of black and red pepper on the retro-hale.

As the cigar experience went into the final third, the wood and cedar took over as the primary notes. The pepper was more prominent in the background and further back were notes of earth and orange rind. There was still a bitterness and dryness present. This is the way the Firethorn Augusta came to a close. The resulting nub was soft to the touch and cool in temperature.

Overall the burn of the Southern Draw Firethorn Augusta required maintenance to keep a straight burn path and relatively straight burn. There were several touch-ups required to do this – and there were more touch-ups required than I preferred. The resulting ash had a silver and gray colored complexion to it. This wasn’t the firmest ash, but it was neither loose nor flaky ash. In terms of burn temperature and burn rate, both had ideal levels. 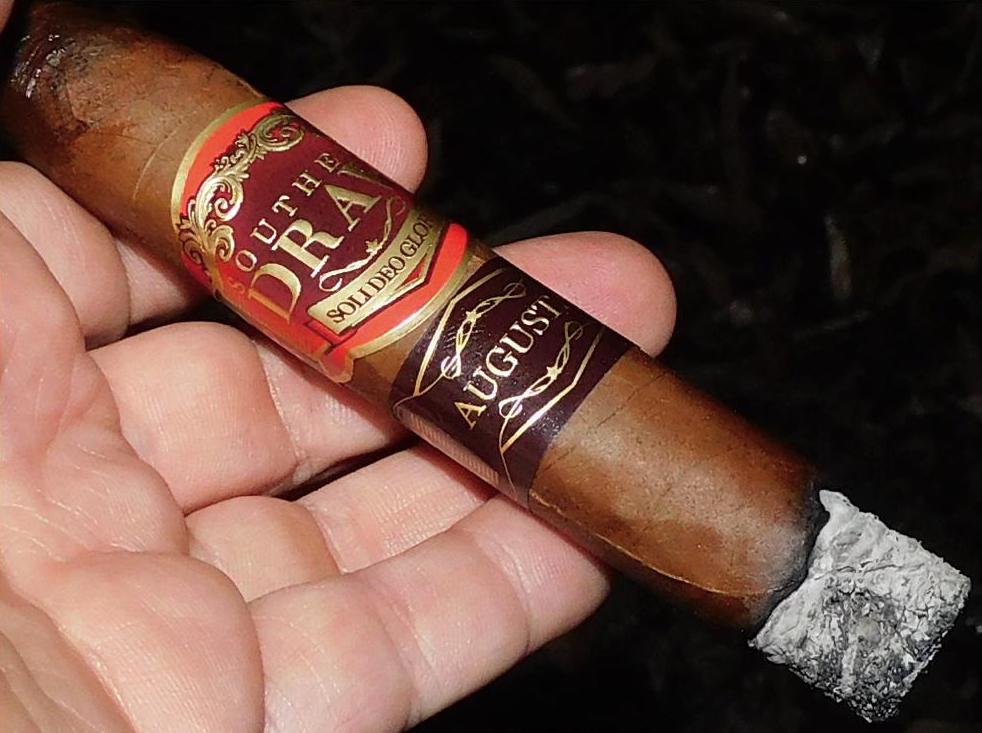 While normally I prefer a little resistance on a draw, the Southern Draw Firethorn Augusta had a much higher resistance than I prefer. While I still was able to derive flavors, it required more work than I like.

As someone who was a fan of the original Southern Draw Firethorn blend, I was quite excited to smoke the Firethorn Augusta. This anticipation was amplified because I had loved the extensions to Kudzu, Rose of Sharon, and Jacobs Ladder. Unfortunately right out of the gate, the Firethorn Augusta disappointed me – and with the bitterness and dryness that emerged, it just never got better. As many know, I measure “performance over time” for cigars. I had hoped Firethorn Augusta would improve with age – it simply didn’t. In the end, this cigar was a disappointment – and one I cannot recommend.