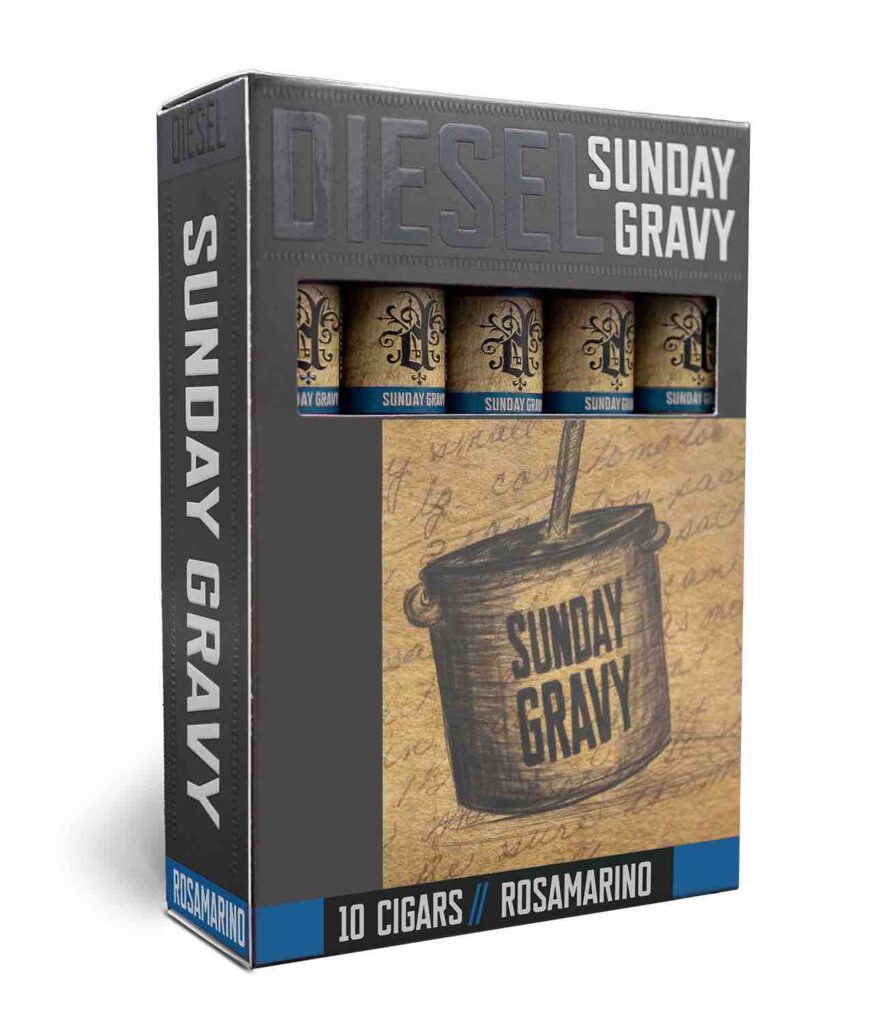 Sunday Gravy is a full-time line under Diesel and will feature seasonally-released, Nicaraguan-forward smokes developed by AJ Fernandez and Justin Andrews. Plans are for blends to be released quarterly and sold until their limited supply is depleted. Each of the cigars in the series are planned to be offered at a price less than $5.00 per cigar.

The name Rosamarino takes its name from the Italian translation of rosemary, a popular herb that lends complexity to any dish in which it appears. This is meant to pay homage to the layered smoking experience this Sunday Gravy brand delivers.

Justin Andrews said, “When AJ and I develop blends for the Sunday Gravy series, we bring our opinions to the table, and we go head to head on which tobaccos we’re going to use. Ultimately, AJ wins when it comes to delivering a bold smoke, and I get my way when it comes to delivering on balance. With Rosamarino we’ve shown how the optimal ratio of tobaccos in a blend can deliver a cigar that can appeal to a wide range of cigar smokers.”

The cigars will be available for a limited time between February and March 2022 – or until the cigars sell out. The next Sunday Gravy blend is slated for an April 2022 release. Previous installments of the Sunday Gravy season include San Marzano and Pecorino.

At a glance, here is a look at the Diesel Sunday Gravy Rosamarino: