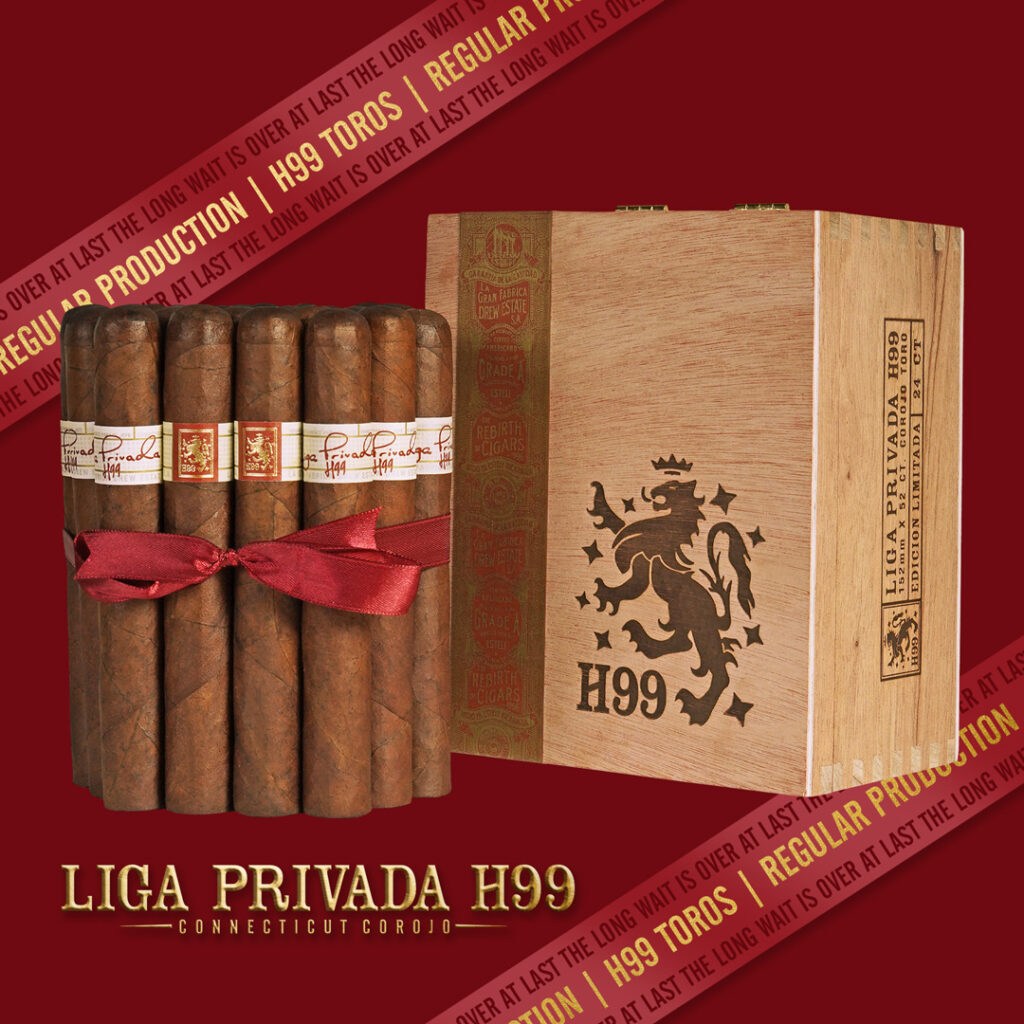 Three and a half years after it first made its debut at the 2018 IPCPR Trade Show, Drew Estate’s Liga Privada H99 is going to be a regular ongoing offering for Drew Diplomat retailers.

In addition to the H99 wrapper, the remainder of the blend features San Andres Otapan Negro Último Corte binder over Nicaraguan, Honduran, and Pennsylvania filler tobaccos.

“The H99 Connecticut Corojo is the triumphant result of hybridity, including traits of … dysfunction, functionality, flexibility, adaptability, survival, replicability, and most importantly procreation,” says Drew Estate Founder and President, Jonathan Drew. “In all my 26 years of experience as a tobacco man, I have never witnessed a tobacco hybridization with the depth and body of this Stalk-Cut Habano and Connecticut Corojo leaf. It’s nice to walk into the storage area at the factory and finally see some bales aged and stacked up, ready for production. Get your lighters ready … let’s burn.”

At a glance, here is a look at the Liga Privada H99 Connecticut Corojo: