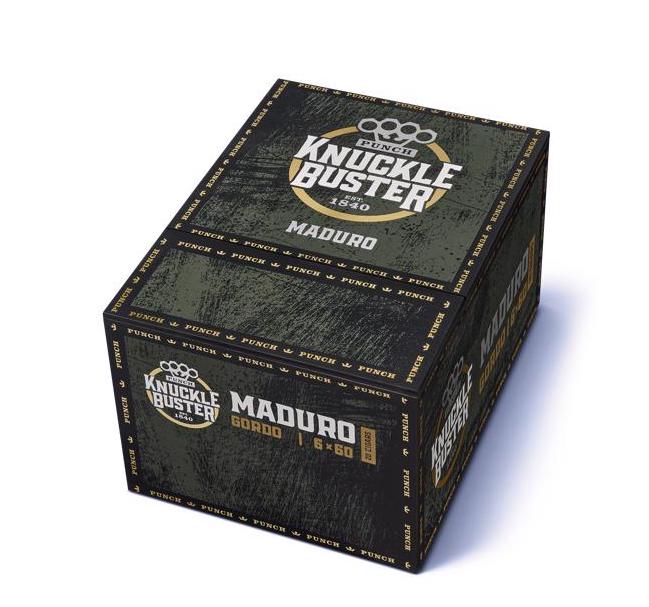 The Punch Knuckle Buster line is a value-priced offering under the Punch brand.  The Knuckle Buster Maduro consists of a Connecticut Broadleaf wrapper, Indonesian binder, and all Nicaraguan fillers The cigars are available in three sizes: Robusto, Toro, and Gordo. The Robusto and Toro are presented in 25-count boxes while the Gordo is presented in 20-count boxes. Production comes from the HATSA factory in Honduras. The cigars are scheduled to ship on March 1st. Pricing ranges from $5.19 to $6.19 per cigar. 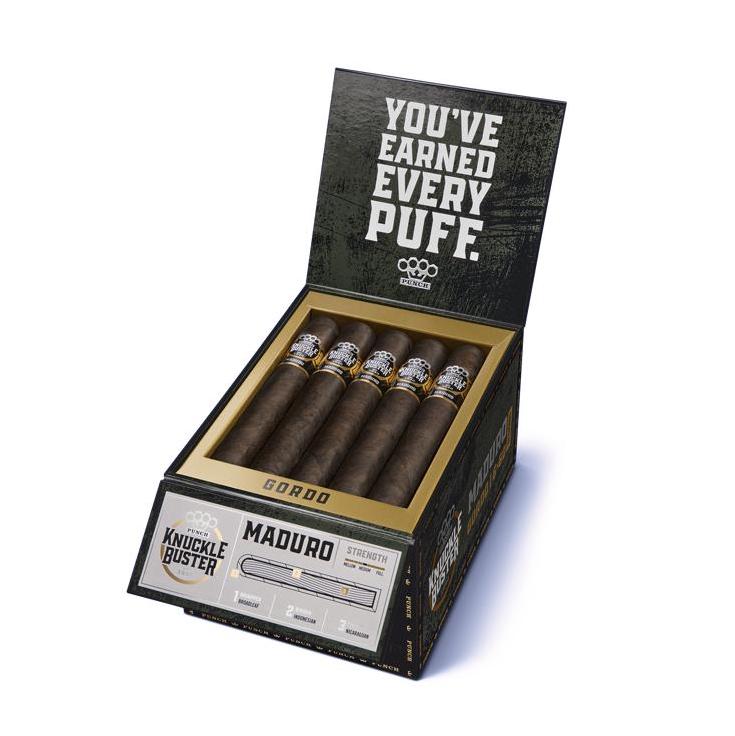 “We created Punch Knuckle Buster to be a ‘go to’ for smokers who wanted a well-made, no-nonsense blend at an accessible price. With Knuckle Buster Maduro, we’re at it again, this time adding a little more ‘punch.’ This is a cigar that delivers on all fronts: strength, complexity, balance and above all, enjoyment,” said John Hakim, brand manager for Punch in a press release.

At a glance, here is a look at the Punch Knuckle Buster Maduro: