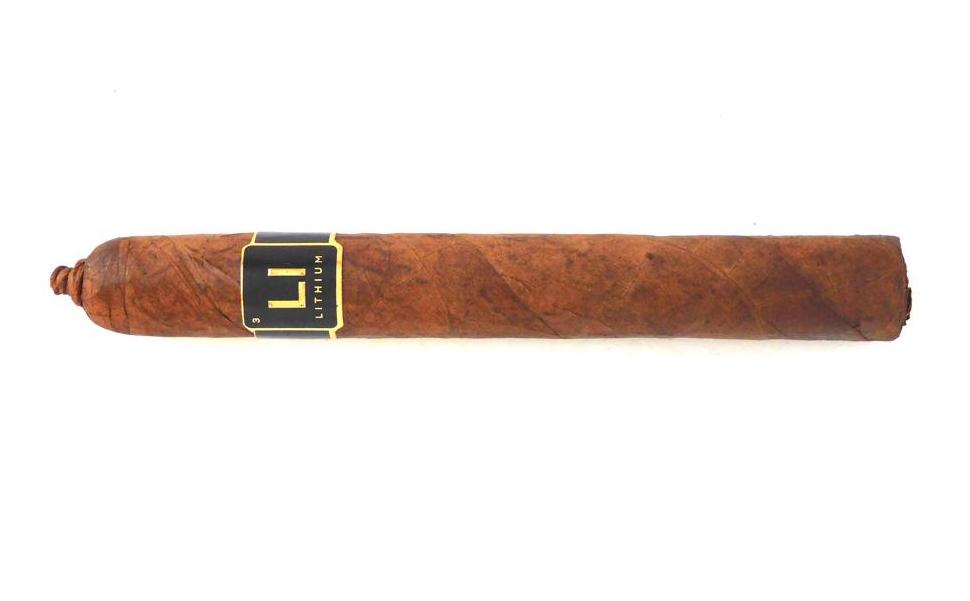 Jake Wyatt Cigar Company is a partnership formed by Gerard Abajian and Neil Garcia. The name Jake Wyatt comes from the names of the sons of the two partners. Abajian is a former firefighter while Garcia played professional baseball. Abajian also comes from the retail side of the house as he and his family are the owners of Mardo Cigars.

In terms of the brand Lithium, it’s actually the second time this name has been used. Back in 2014, it was released as a limited edition cigar for Foundry Cigar’s Compounds, Elements and Musings line.  The Jake Wyatt Lithium is a completely different cigar and it’s a regular production cigar for the company.

One final note, the cigars used for this assessment come from the full production release of Lithium in 2021. Without further ado, let’s break down the Jake Wyatt Lithium Toro and see what this cigar brings to the table.

The blend for the Jake Wyatt Lithium consists of an Ecuadorian Habano wrapper over all-Dominican tobaccos. Production comes from Tabacalera JVM in the Dominican Republic. This is the factory that Joel Vazquez Marrero is associated with, whom folks may remember from his Marrero Cigars brand.

As mentioned, Lithium was originally launched in a Toro size. The Corona, Robusto, and Belicoso sizes were added at the 2021 PCA Trade Show. The Lancero size was launched at the recent TPE 22. All five sizes are available in 22-count boxes. The 22-count pays homage to Garcia’s baseball roots as three generations of his family wore that uniform number.

The Ecuadorian Habano wrapper of the Jake Wyatt Lithium Toro had a medium brown color with a slight cinnamon tint. There was some oil on the surface. Upon closer examination, some mottling could also be seen on the surface. There also were some visible wrapper veins and visible wrapper seams. The cigar has a covered footer and the cap is finished with a spiral pig-tail.

The band of the Jake Wyatt Lithium is black with gold font. The front of the cigar contains the design of the element lithium’s position in the Periodic Table of the Elements. On the far right of the band is the Jake Wyatt logo.

As opposed to pulling the pig-tail cap of the Jake Wyatt Lithium Toro, a straight cut was used to remove the entire cap. Once the cap was removed, it was on to the pre-light draw experience. The cold draw delivered notes of cedar, earth, and natural tobacco. Overall the pre-light draw proved to be satisfactory. At this point, it was time to toast up the foot of the Jake Wyatt Lithium Toro and await what the smoking experience would have in store.

The Jake Wyatt Lithium Toro started out with notes of cedar, earth, baker’s spice, natural tobacco, and a slight amount of black pepper. The natural tobacco emerged as the primary note. The cedar, earth, baker’s spice, and pepper settled into the background along with a slight amount of licorice sweetness. Meanwhile, there was an additional layer of black pepper.

During the second third of the Jake Wyatt Lithium Toro, the earth, pepper, and cedar notes all increased in intensity. Toward the midway point, the earth notes joined the natural tobacco in the forefront. The cedar, baker’s spice, pepper, and licorice notes remained secondary.

By the last third, the pepper notes moved into the forefront, joining the earth notes. The natural tobacco notes subsided into the background where they helped the cedar, baker’s spice, and licorice notes round out the flavor profile. This is the way the Jake Wyatt Lithium Toro came to a close. The resulting nub was soft to the touch and cool in temperature.

The Jake Wyatt Lithium Toro did require some maintenance when it came to the burn. The burn meandered several times and required touch-ups to keep it on the straight path. At times the burn line was a bit jagged. While the touch-ups did the trick, more touch-ups were required than I preferred. The resulting ash wasn’t overly firm and it had a medium gray color. The burn rate and burn temperature were both ideal. 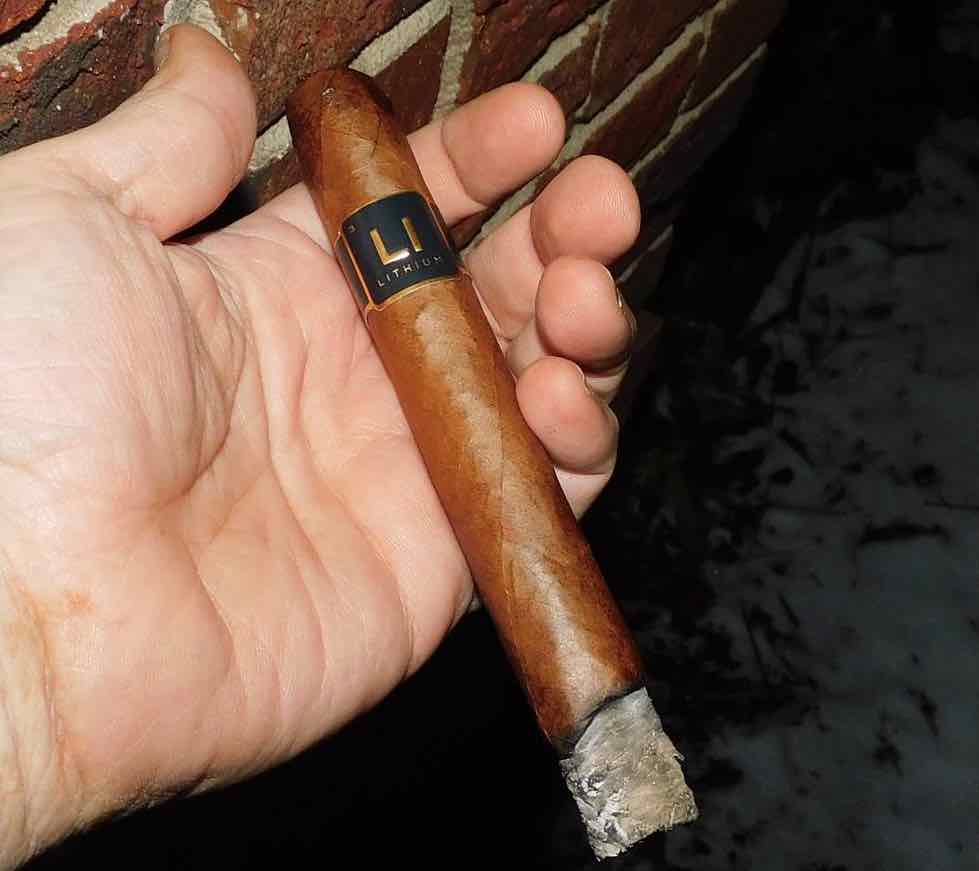 Normally I prefer a little resistance on a draw. In the case of the Jake Wyatt Lithium Toro on each of the samples, the draw was still a little tighter than I prefer. While there were no problems with the cigar going out, it was still a cigar I had to work harder than usual.

The Jake Wyatt Lithium Toro started out as a medium strength, medium-bodied cigar and stayed in the medium range for the duration of the smoking experience. Both the strength and body balanced each other nicely with neither attribute overshadowing the other.

When it came to flavor, I found the Jake Wyatt Lithium Toro to be a satisfying smoking experience. The flavors not only complemented each other nicely, but kept me interested from start to finish. This wasn’t a cigar that excelled in every category, but it still scored very nicely to come in at a respectable 89 point score. It’s a cigar that certainly delivered enough for me to recommend this cigar to either an experienced or novice cigar enthusiast. As for myself, this is a cigar I would both smoke and buy again. The blend intrigues me enough to explore several of the other vitolas in this line.