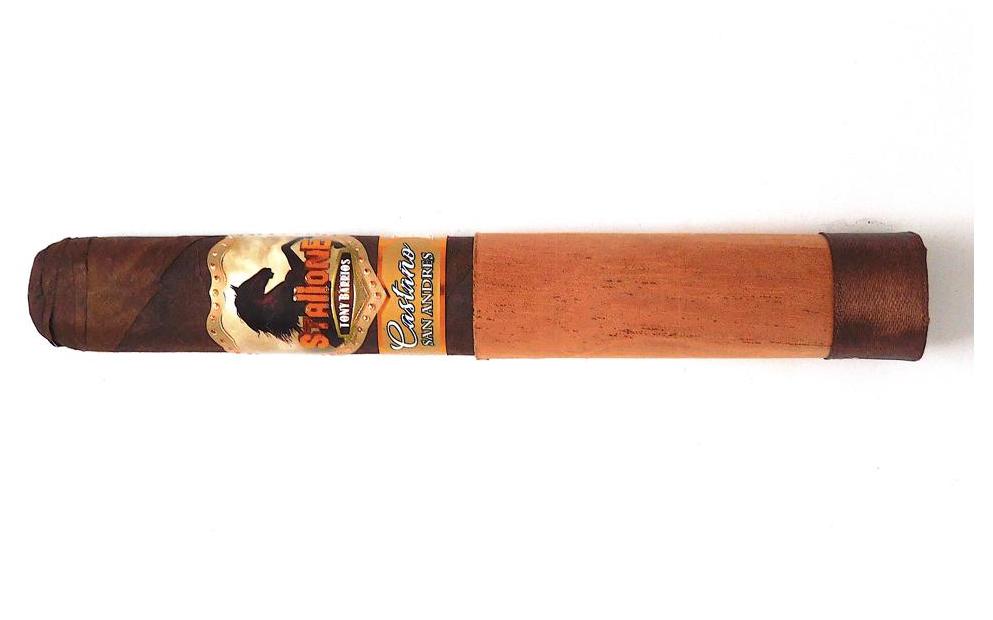 The name Stallone is Italian for stallion and it reflects on the theme of the company. For the Cowboy Series, the cigars draw an analogy between the color of the wrapper and the color of the horse.

Without further ado, let’s break down the Stallone Castaño San Andres Toro and see what this cigar brings to the table.

As the name of the cigar indicates, the Castaño San Andres features a Mexican San Andres wrapper. The remainder of the lend consists of all Nicaraguan tobaccos.

The Stallone Castaño San Andres is offered in three sizes. Each of the three sizes is presented in 20-count boxes. 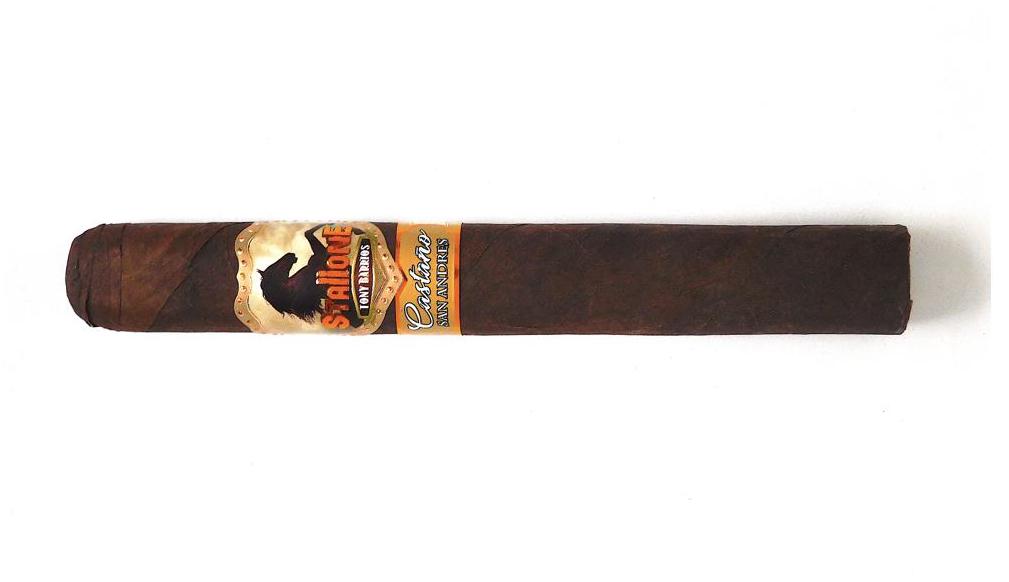 There are two bands on the Stallone Castaño San Andres Toro. On the center of the band is a dark-colored horse on a pewter-colored cloudy background. Across the horse is the text “STALLONE” in a copper font. Below that text is the text “TONY BARRIOS” in white font on a brown background. The image and text are surrounded by a metallic-design frame with copper rivets on it. The left and right sides of the band also have a pewter-colored cloudy background with copper trim on the top and bottom. The left side of the band has the text “NICARAGUA” in dark font. The right side of the band has a pewter and copper-colored horseshoe design.

The bottom half of the cigar is covered with a cedar sleeve. There is a brown-colored ribbon over the cedar sleeve by the footer area.

After removing the cedar sleeve and ribbon of the Stallone Castaño San Andres Toro, a straight cut was used to commence the cigar experience. Once the cap was removed, it was on to the pre-light draw experience. The cold draw delivered notes of earth, cedar, and a slight amount of mixed pepper. Overall this was a satisfactory smoking experience. At this point, it was time to toast up the footer of the Stallone Castaño San Andres Toro and await what the smoking experience would have in store.

Once the Stallone Castaño San Andres Toro was lit, there were more notes of earth, cedar, and mixed pepper. The pepper had a slight edge to start. As the cigar moved through the early phases, notes of coffee emerged. The coffee notes quickly moved into the forefront. The cedar, earth, and pepper settled in the background. The coffee became richer as the cigar progressed through the first third. At the same time, the pepper diminished from the early blast at the beginning.

The second third of the Stallone Castaño San Andres Toro didn’t see much of a change. The coffee notes remained primary and had a richness to them. The notes of cedar, earth, and pepper continued to round things out throughout this stage of the smoking experience.

The last third saw the earth notes increase and join the coffee notes in the forefront. There was also an increase in the pepper and cedar, but they remained in the background. This is the way the Stallone Castaño San Andres Toro came to a close. The resulting nub was slightly soft to the touch and cool in temperature.

Overall, the construction of the Stallone Castaño San Andres Toro was excellent and this reflected on the burn. While there was an occasional bit of jaggedness on the burn line, this was still a very low maintenance burn and required very few touch-ups along the way to maintain a straight burn path. The resulting ash was silver-gray. This wasn’t the firmest ash, but it wasn’t loose or flaky either. As for the burn rate and burn temperature, both were ideal. 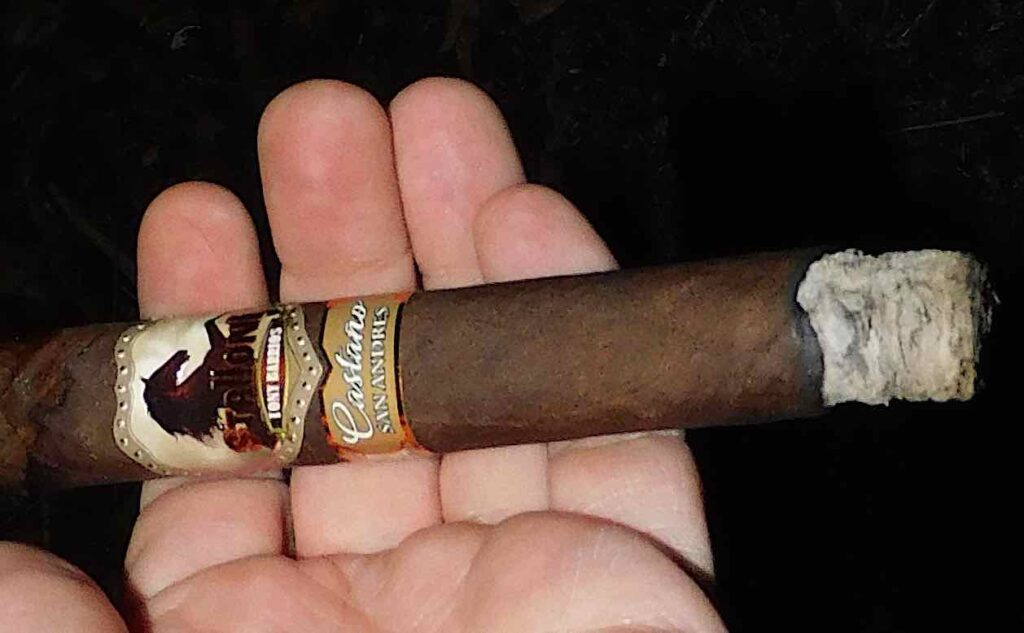 In addition, the Stallone Castaño San Andres Toro also had an excellent draw. I like when a draw has a touch of resistance, and I like it even better when there is a little resistance on a box press. At the same time, this was a low-maintenance draw to derive flavor from.

If you are looking for a classic San Andres wrapped cigar with rich flavors, the Stallone Castaño San Andres Toro fits the bill perfectly. At a price point just under $9.00, not only is this a very good cigar flavor-wise, but it was also quite impressive from a construction standpoint. While I would still give the edge to Stallone’s Zaino Broadleaf and Negro Maduro as far as maduro offerings from Stallone goes, this still provides a nice option if you are looking for a San Andres. This is a cigar I would recommend to an experienced cigar enthusiast, but I would not discourage a novice from trying. As for myself, this is a cigar I certainly would buy and smoke again.