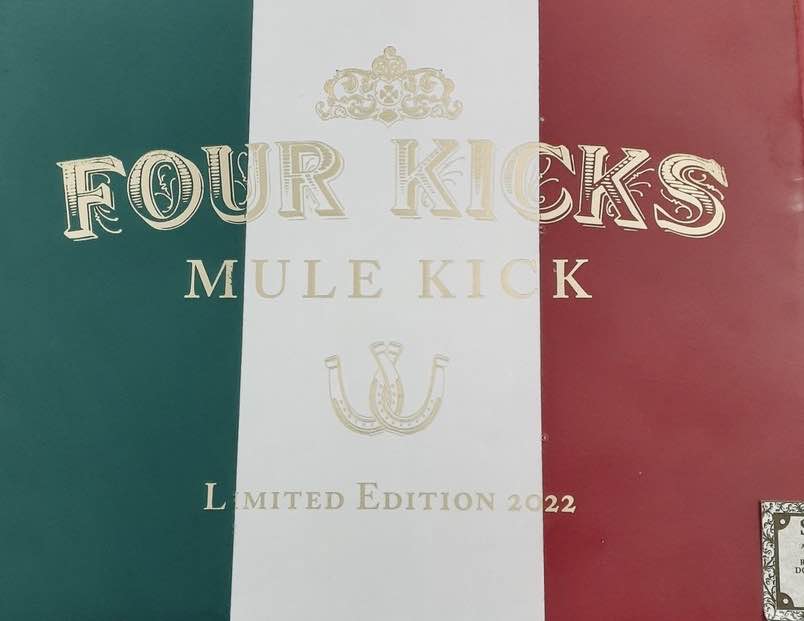 After a one year absence, Crowned Heads’ Four Kicks Mule Kick LE 2022 is back for its sixth release. This year the Mule Kick will feature a San Andres Mexican wrapper.

When Mule Kick was first released in 2012, it featured the same blend that was used on Crowned Head’s inaugural release, Four Kicks – but it added a darker priming Ecuadorian Habano wrapper. The Mule Kick Limited Edition 2012 had a limited production of 5,000 cigars and achieved a cult following.  Five years later, the company re-released the cigar as the Four Kicks Mule Kick Limited Edition 2017. From 2018 to 2020, the Mule Kick would feature different wrappers (Connecticut Habano, Ecuadoria Sumatra, and Nicaraguan Jalapa). The Mexican wrapper on the 2022 continues the trend of different wrappers. 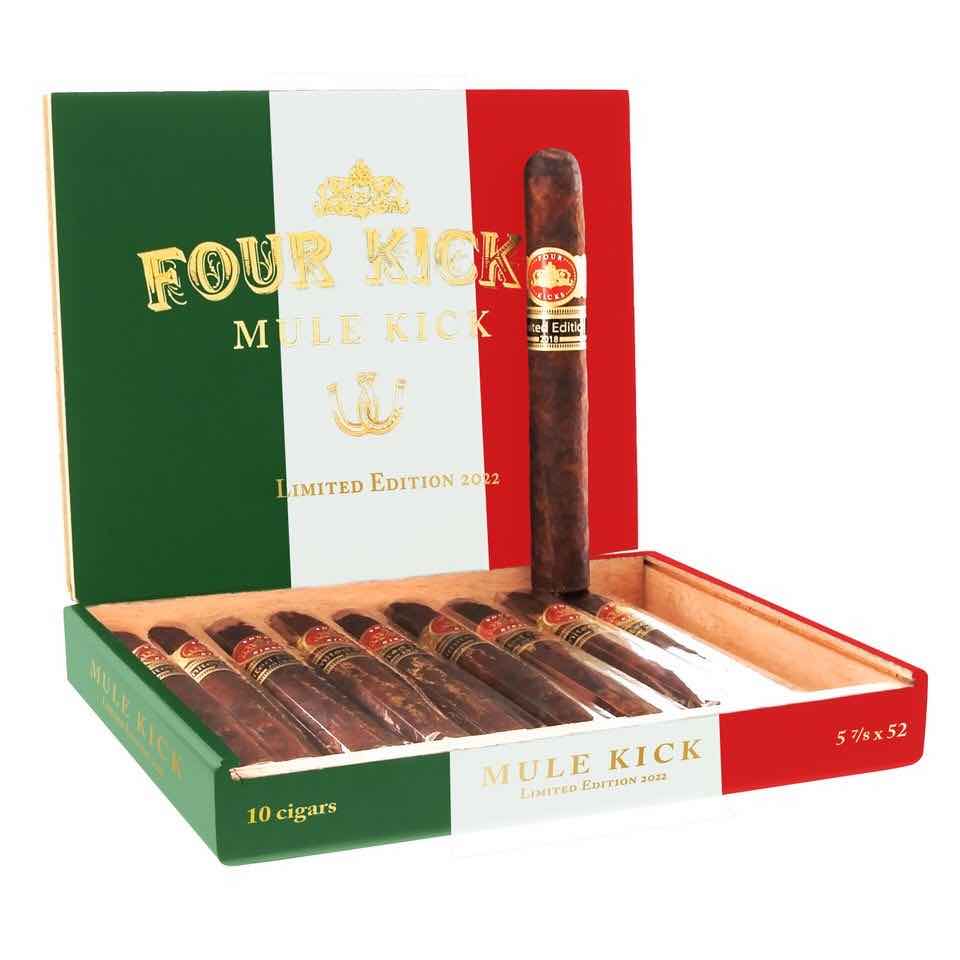 “We’re very excited to be bringing back the Mule Kick brand after a two year hiatus,” commented Crowned Heads co-founder Jon Huber in a press release. “We began working on this rendition late last year with Ernesto (Perez-Carrillo) and quickly discovered that the Mexican (San Andres) wrapper really complemented the Mule Kick blend; it lended a unique taste profile to the cigar that is unlike any previous Mule Kick version. The 2022 Mule Kick is impeccably balanced with great structure, and exhibited a nice smokey-sweet profile.”