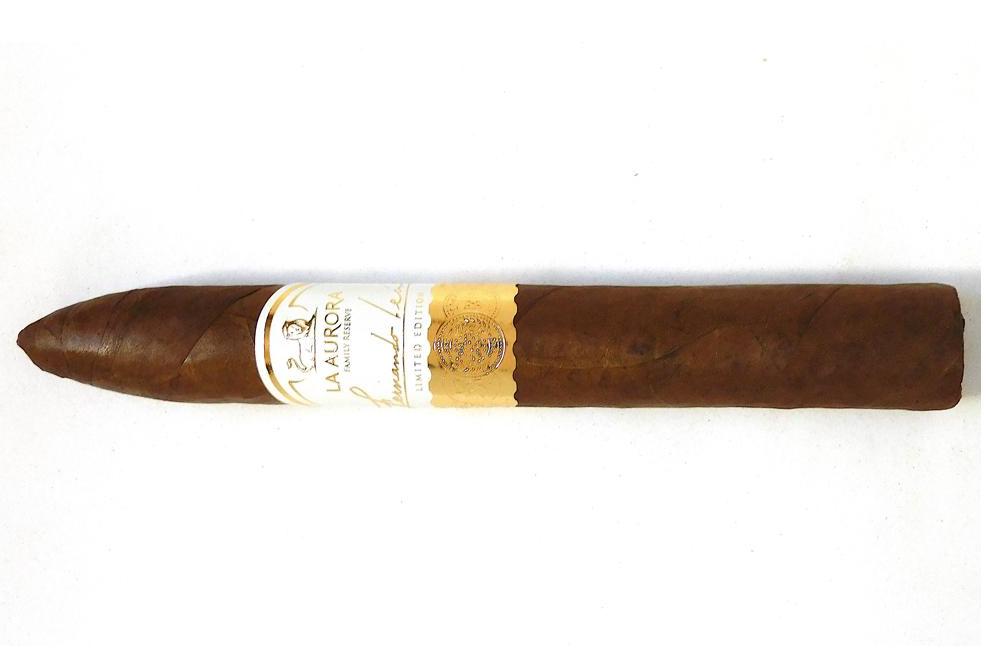 Shortly after Don Fernando’s death in 2009, La Aurora would release a regular production line in his honor known as the Fernando León Family Reserve. The Family Reserve is a cigar that is based on what was Don Fernando’s personal blend. The La Aurora Fernando León Limited Edition Belicoso is a completely different cigar, and one which, as the name indicates, was a limited edition cigar.

Without further ado, let’s dive into the La Aurora Fernando León Limited Edition Belicoso and see what this cigar brings to the table.

As mentioned above, the La Aurora Fernando León Limited Edition Belicoso is a completely different blend than the Family Reserve. The blend is highlighted by an extra-aged Dominican-grown Corojo wrapper. The blend features an Ecuadorian binder and fillers from Peru, Nicaragua, and the Cibao Valley in the Dominican Republic. As with all La Aurora Cigars, it is produced at the company’s factory in the Dominican Republic.

The Fernando León Edición Limitada was produced in one size – a 6 1/4 x 52 Belicoso. The cigars were presented in ten-count boxes. At the time of the PCA Trade Show, production was limited to 150 boxes for the U.S. market. 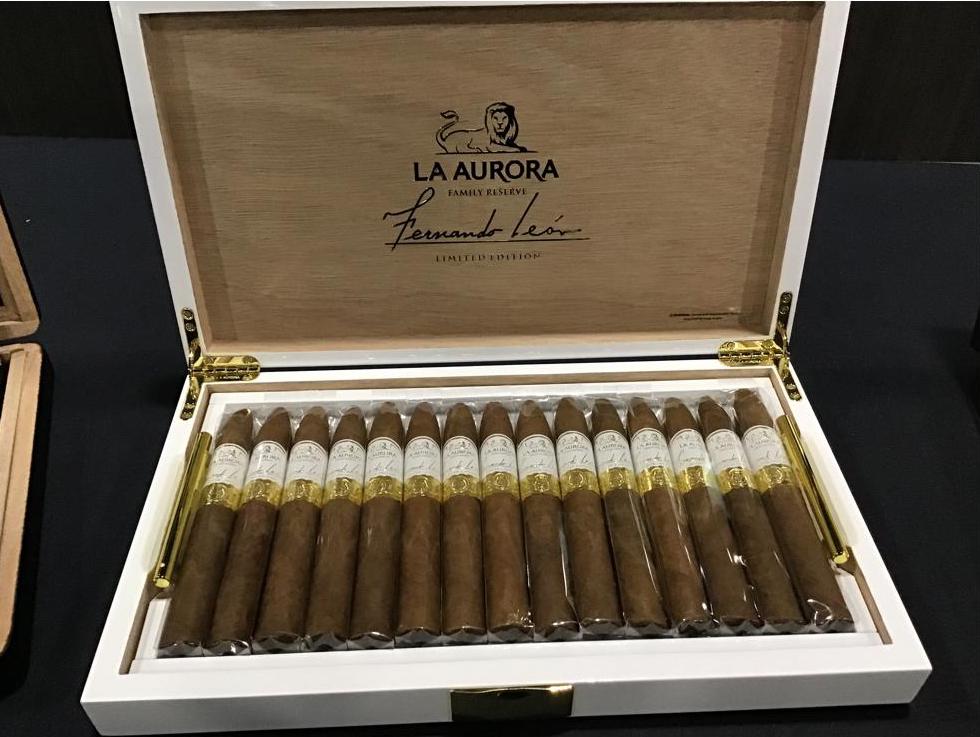 The Dominican Corojo wrapper of the Fernando León Edición Limitada Belicoso had a medium-brown color with a rosado tint. There was some oil on the surface of the wrapper. There were some visible veins and some visible wrapper seams. The Belicoso tip had a gentle taper and converges to a point.

The upper portion of the band of the Fernando León Edición Limitada Belicoso had a white background with gold font. On that section of the wrapper was the La Aurora lion, the text “LA AURORA”, “FAMILY RESERVE” (in a smaller font), “Fernando Leon” in a cursive signature font, and “LIMITED EDITION.” To the left and right was an image of the La Aurora factory.

The lower portion of the band was gold. There were five gold medallions and the text “FERNANDO LEON FAMILY RESERVE” etched repeatedly going around the band.

A straight cut was used to commence the cigar experience of the Fernando León Edición Limitada Belicoso. I used the Credo Special T Cutter, a cutter that contains two cutting holes. One of the cutting holes has a 38 ring diameter and is perfect for cutting tapered head cigars. This allows one to get a cut with a ring size that allows one to maximize the tapering experience the cigar has to offer.

Once the tip was cut, it was on to the pre-light draw. The dry draw delivered notes of wood, earth, and a slight cedar note. While it was a pretty generic pre-light draw experience, it still was enough to satisfy me. At this point, it was time to toast the footer of the Fernando León Edición Limitada Belicoso and see what the smoking experience would have in store

The Fernando León Edición Limitada Belicoso started out with notes of sweet natural tobacco, black pepper, wood, cedar, and earth. Early on the sweet natural tobacco notes moved into the forefront. The sweetness seemed to be at the right level and was not too overpowering. Meanwhile, the black pepper, wood, cedar, and earth notes settled in the background. The retro-hale delivered additional layers of black pepper and cedar – which again did not overpower the flavor profile.

During the second third of the Fernando León Edición Limitada Belicoso, there was an increase of both the cedar and pepper notes. The natural tobacco notes remained primary and some of the sweetness dissipated. The wood and earth notes continued to round out the flavor profile.

The last third saw the cedar notes join the natural tobacco in the forefront, and toward the end of the smoke the cedar took over as the primary note. The pepper remained secondary. The natural tobacco notes receded into the background and helped prevent the cigar from becoming a spice-bomb. There still were residual notes of wood and earth present. This is the way the Fernando León Edición Limitada Belicoso came to a close. The resulting nub was slightly soft to the touch but cool in temperature.

The burn of the Fernando León Edición Limitada Belicoso performed excellently. The cigar needed a few touch-ups to maintain a straight burn path and straight burn line. The resulting ash was firm with a charcoal gray color to it. As for the burn rate and burn temperature, both performed at ideal rates. 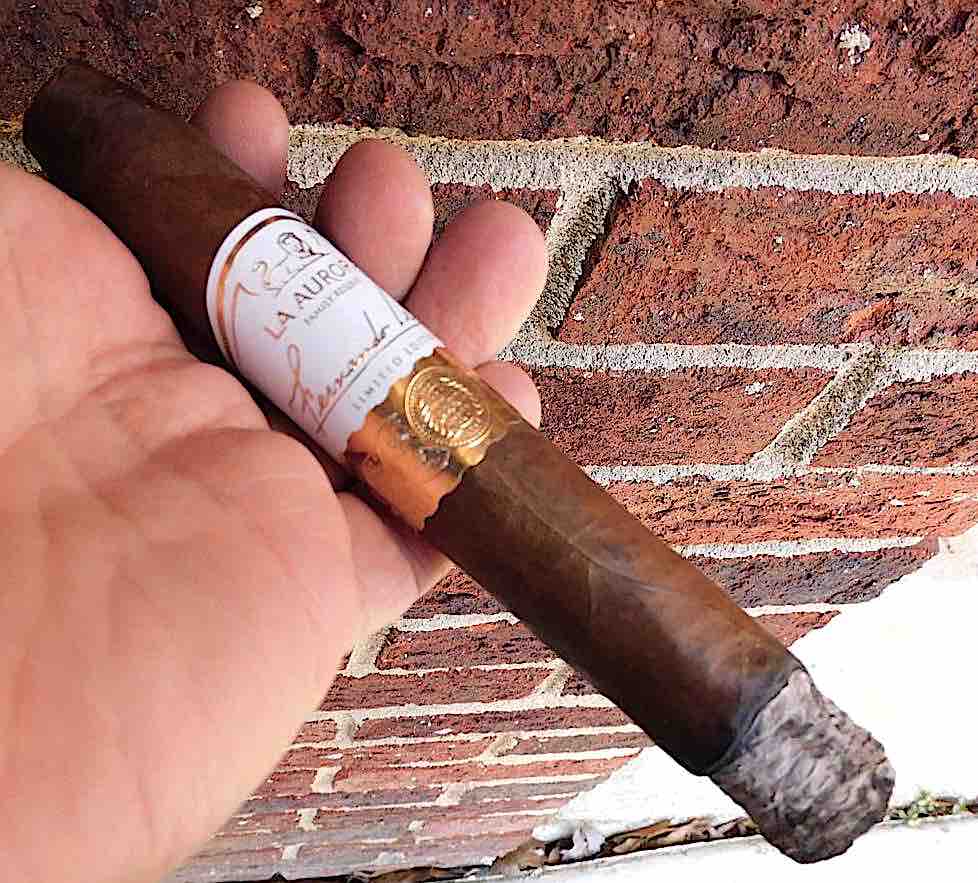 I found the draw to be a little snug on the Fernando León Edición Limitada Belicoso. Normally I like a little resistance, but this was slightly over the threshold of resistance I prefer. Despite the snugness of the draw, the cigar still produced a decent amount of smoke production.

The Fernando León Edición Limitada Belicoso started out with medium strength and flavors that were medium to full-bodied. The flavors had some decent weight on the palate and seemed to hit a sweet spot. There was a nominal increase in intensity of both attributes along the way, but in the end, the cigar finished with medium strength, and medium to full-bodied flavors.

For those who have followed me on both the written word and on the air, I have made my feelings known that the limited edition cigar market has taken a turn for the worst in terms of high-quality releases. The Fernando León Edición Limitada Belicoso restores my faith that there are still some limited edition cigars worth chasing. While normally I am not a fan of cigars that have cedary or woody characteristics, La Aurora gets it right here – delivering a well-balanced cigar. The first third of this cigar was amazing, and while the remaining 2/3 were not up to that first third, it still more than satisfied me.

This is not an inexpensive cigar at $28.00, but it certainly is one I would buy and smoke again. I sincerely hope La Aurora does future runs of this cigar. It’s one I would recommend to any cigar enthusiast. At 90 points, it earns a Cigar Coop Standard of Excellence designation.