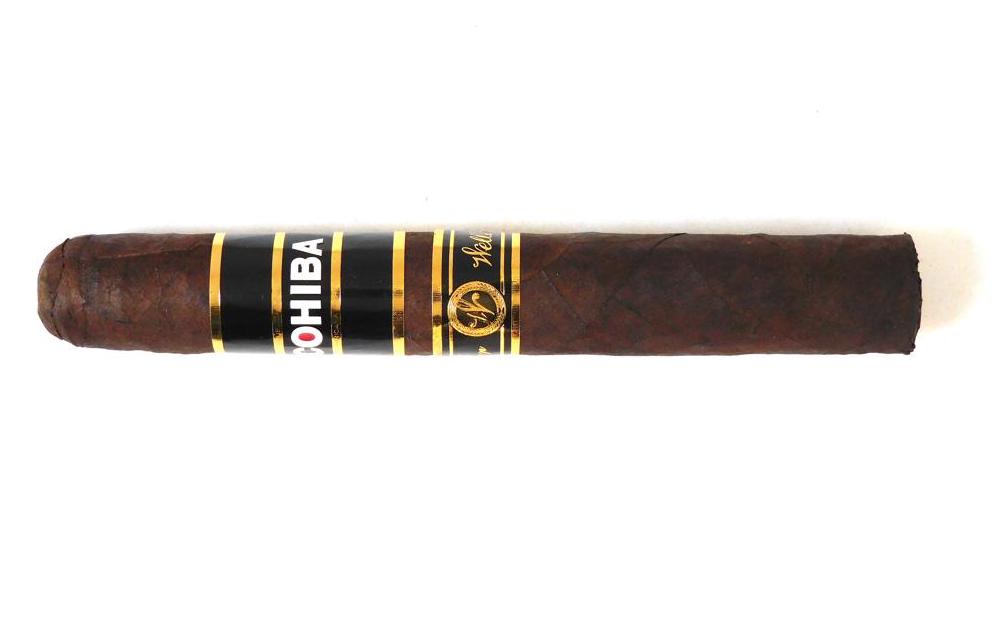 For as long as I have been assessing cigars, it seems there has been an ongoing trend to bring the world of cigars and spirits together. In 2021, Scandinavian Tobacco Group (STG) released a trio of cigars meant to complement several bourbon products produced by Sazerac Company at the Buffalo Trace Distillery. These products included: Buffalo Trace, Eagle Rare, and Weller. Today we take a look at the Weller collaboration called Weller by Cohiba. This is a limited edition that was specifically designed to pair with W.L. Weller 12-Year bourbon.

Weller refers to a line of premium bourbons sold under the W.L. Weller brand. W.L. Weller stands for William Larue Weller (1825–1899). He was a distiller who supposedly was the first to produce straight bourbon using wheat instead of rye in the mash bill.

The Weller by Cohiba project was the only one that was co-branded with an existing STG brand – in this case, it was the Cohiba brand.  Since Cohiba is a part of STG’s General Cigar portfolio, it was sold under General Cigar. The other two projects were sold through Cigars International and Meier and Dutch. W.L. Weller 12 Year Bourbon is a premium offering and it was logical to brand this with STG’s most premium brand, Cohiba.

Without further ado, let’s dive closer into the Weller by Cohiba and see what this cigar brings to the table.

Weller by Cohiba consists of a Honduran San Agustin Ligero wrapper with a Connecticut Havano Medio Tiempo and fillers from Estelí and Ometepe in Nicaragua. San Agustin is a region in Honduras where General Cigar has grown tobacco. Wrappers from this region have been seen on CAO OSA, Partagas Heritage, Toraño Exodus, and Cohiba Blue. 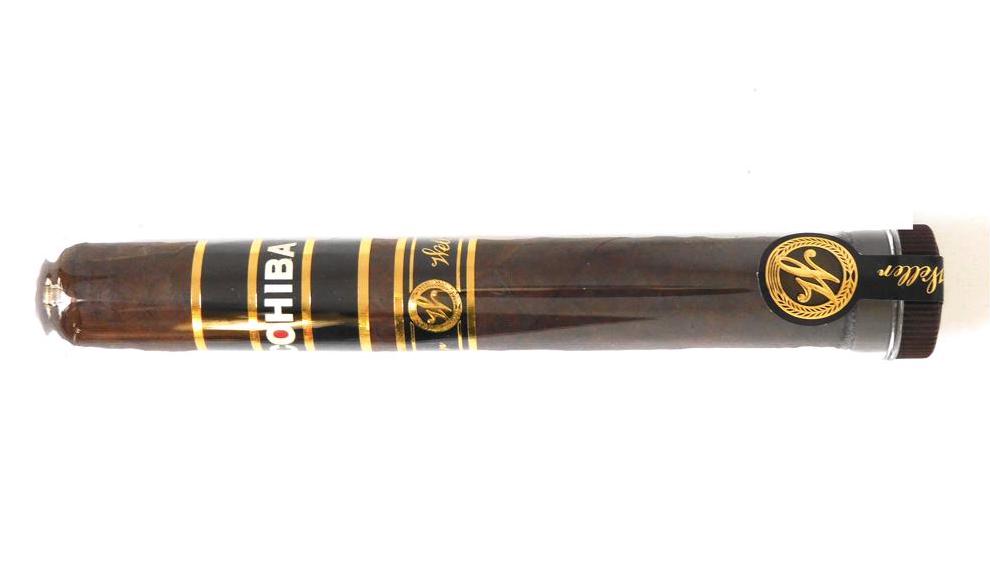 Tube packaging of Weller by Cohiba

Many of the Honduran San Agustin wrappers I have seen on STG brands have had a distinct reddish hue. When it came to the Weller by Cohiba, this was the darkest iteration I had seen of this wrapper. The wrapper had a dark espresso hue to it. Upon closer examination, a slight amount of mottling could be seen. There wasn’t much in the way of oil on the surface. There were some visible veins and visible wrapper seams.

There are two bands on the Weller by Cohiba. The primary band is black with gold trim. On the center of the band is the “COHIBA” logo in white font with a Cohiba red dot inside the “O”. On the far right of the band was another Cohiba red dot logo. Surrounding the logos above and below are two thick gold stripes.

The secondary band is also black with gold trim and font. On the center of the band is the Weller logo. Surrounding the Weller logo is the text “Weller” in cursive font. Above and below the logo is a gold stripe.

Prior to lighting the Weller by Cohiba, a straight cut was used to remove the cap of this cigar. Once the cap was removed it was on to the pre-light draw ritual. The cold draw delivered a mix of cocoa powder, espresso, and earth. I considered this to be a satisfactory pre-light draw experience. At this point, it was time to toast up the foot of the Weller by Cohiba, and prepare for the smoking phase to come.

The Weller by Cohiba opened up with notes of damp earth, espresso, cedar, natural tobacco, and cocoa. The damp earth notes moved into the forefront and gave the cigar a dank quality. This was not a negative as the dankness was balanced out by the espresso, cedar, natural tobacco, and cocoa. The natural tobacco imparted some light sweetness into the profile. As the cigar moved through the first third, some black pepper emerged on the tongue. On the retro-hale, there were additional layers of damp earth and black pepper.

The final third saw some of the dankness of the earth notes diminish, but the earth still remained a primary note. The pepper and cedar notes were close secondary notes while the natural tobacco, espresso and cocoa rounded things out. This is the way the Weller by Cohiba came to a close. The resulting nub was soft to the touch and cool in temperature.

While the Weller by Cohiba maintained a straight burn path and relatively straight burn line, it was not without the aid of some touch-ups. The touch-ups needed were more frequent as the cigar experience progressed. The resulting ash was near white in color. This ash was on the firm side. Meanwhile, the burn rate and burn temperature were ideal. 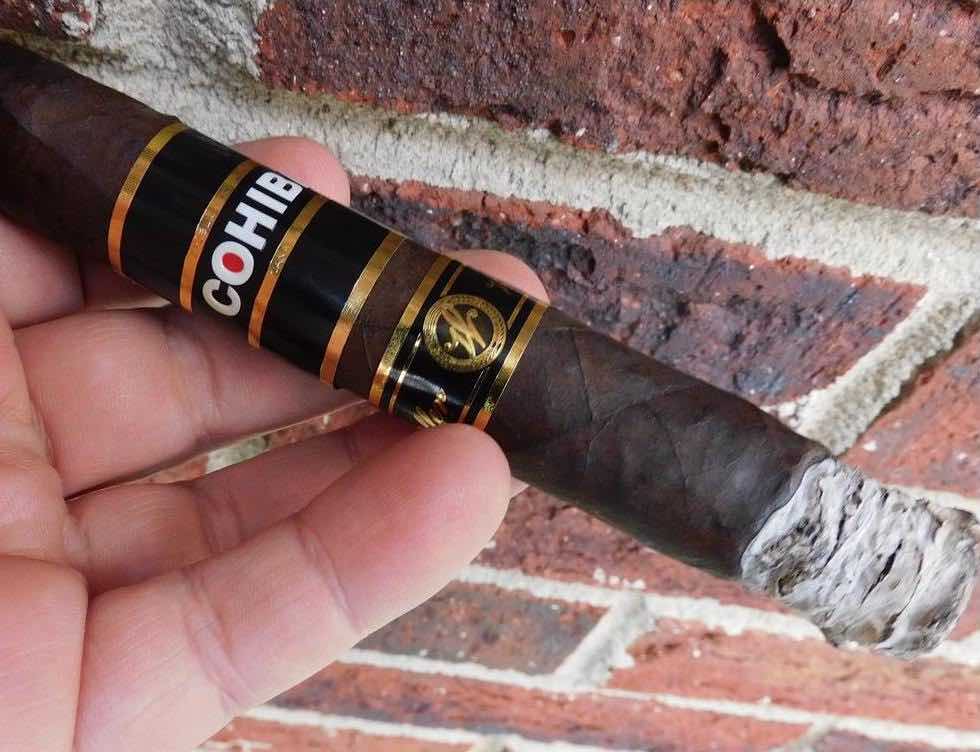 Burn of the Weller by Cohiba

On each of the samples of the Weller by Cohiba, the draw started out tight, but then quickly opened up. Once it opened up, there was no problem deriving flavors from the cigar. The draw itself was now a little more open than I prefer. At the same time, this was a cigar that produced ample layers of smoke.

The Weller by Cohiba started out with medium-strength and medium-bodied flavors. There was a nominal increase in intensity with both attributes, but at the end of the experience, both attributes remained in the medium range. Both the strength and body balanced each other nicely with neither attribute overpowering the other.

One note unrelated to the assessment rating or score. The glass tube was fragile and one tube did crack when I pulled off the cap. This is being noted for reference purposes only. My experience with the Weller by Cohiba involved smoking this cigar without pairing it with Weller Bourbon (or any spirit). My regular assessments are also not built on pairings, so I wasn’t inclined to do so here.

When I first smoked the Weller by Cohiba a few months ago, my experience was not positive. About six months later, my experiences were more positive. This is a cigar that has a dank profile – and very simply this is not a profile that is for everyone. My experience with the OSA wrapper in the past is that this can overpower the blend, but with the Weller by Cohiba this was not the case – and that’s a positive. While I personally am inclined to smoke this cigar again, at $19.99 it is still an investment. Given this is not for everyone and a pricey cigar, I’m more inclined to recommend trying a sample first. My gut tells me this can pair with a bourbon, so I’m inclined to do that down the road.