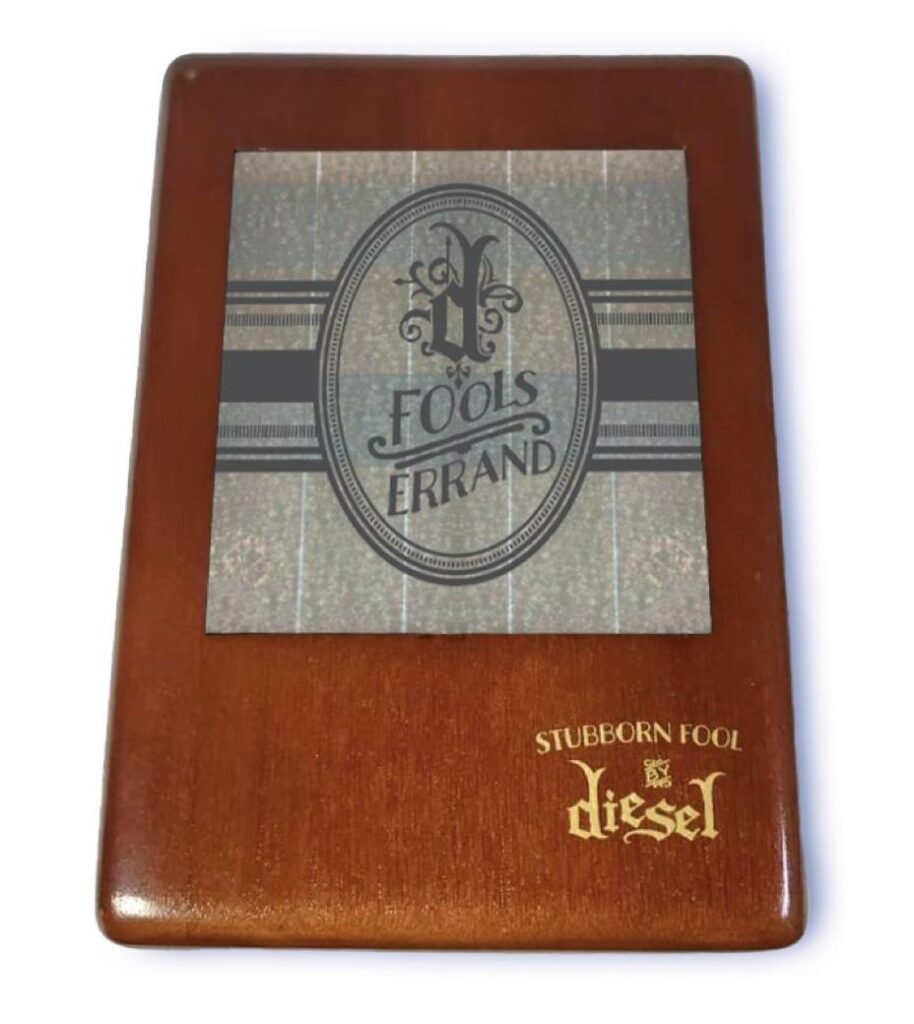 Diesel will roll out a new trilogy that blends storytelling, interactivity, and cigar mastery in one. Called ”Fool’s Errand,” the new limited edition release will ship to retailers on April 1.

On April 1st, Diesel Cigars will launch a new trilogy known as Fool’s Errand. The first installment of the series will be known as Stubborn Fool. It’s a limited edition cigar that will also feature an interactive game.

The Fool’s Errand follows up the limited edition Elixir Trilogy that has been done by Diesel Cigars over the past year. These cigars included: Diesel Hair of the Dog (2019), Diesel Delirium (2020), and Diesel Crucible (2021).

Justin Andrews, who oversees Scandinavian Tobacco Group’s (STG) cigar collaborations and the Diesel brand says, “AJ Fernandez and I recently completed the Elixir trilogy and in that time, Diesel fans grew accustomed to our cool approach to limited edition cigars. We’re keeping the tradition alive with ‘Fool’s Errand.’ It’s our next three-year series, and we’ll launch it annually to kick off spring. With Fool’s Errand, we’re taking it to the next level by adding an interactive game to the mix. As far as the blends for Fool’s Errand go, we definitely won’t disappoint.”

Stubborn Fool is a cigar blended by AJ Fernandez and Justin Andrews. The blend consists of a Connecticut Broadleaf wrapper over a Honduran binder from the Jamastran region and a combination of Honduran and Nicaraguan tobaccos. The cigar is being released in a 5 x 58 perfecto which according to AJ and Justin “expresses the blend well.”  The cigars are presented in ten-count boxes with each cigar priced at $9.99. Production is handled at Tabacalera AJ Fernandez Cigars de Nicaragua S.A. in Estelí, Nicaragua.

In addition to the annually-released Diesel Fool’s Errand blends, new characters will be introduced annually for the next two years to complete the trilogy.