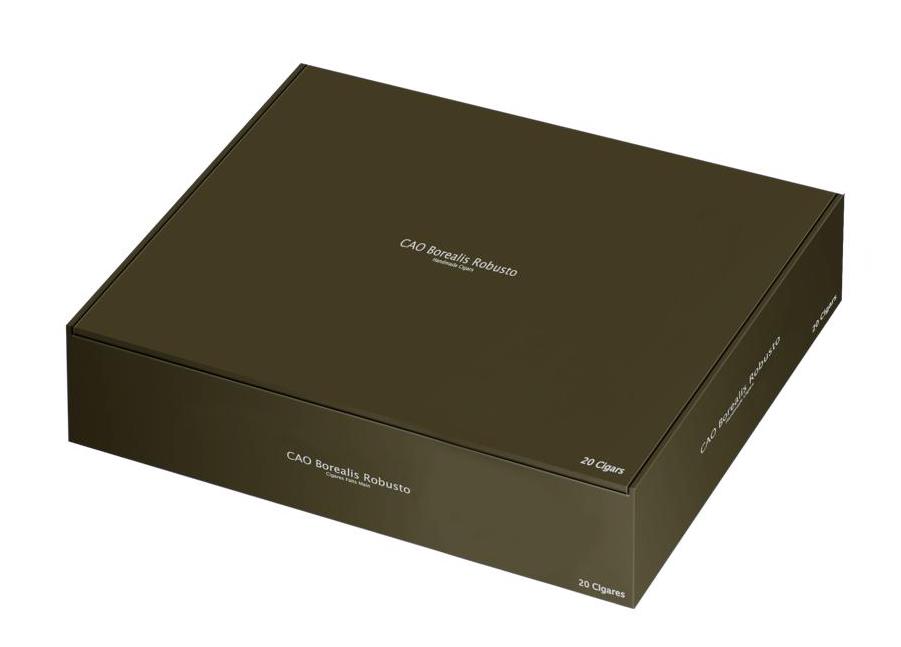 General Cigar has announced CAO Borealis, a new exclusive release for the Canadian market. In addition to being an exclusive to all of the provinces of Canada, it also will be a cigar to feature Canadian-grown tobacco in its blend.

The Canadian tobacco comes from Southwest Ontario near the Great Lakes where General Cigar says Canada’s highest quality farmland is located. According to General Cigar, the humidity and warm evenings allow for a special Cuban-seed varietal of dark air-cured tobacco to be grown.

The blend features an Ecuadorian Habano Viso over a Nicaraguan binder and a filler that consists of Nicaraguan tobacco and the Canadian Cuban-seed leaf. It’s available in two sizes (Robusto, Toro) – each packaged in 20-count boxes (in a 5-4 layout). The line is produced at STG Estelí and is currently shipping to retailers.

One noticeable thing will be the plain packaging that is mandated under Canadian law.

In a press release, Rick Rodriguez, CAO’s blender/ambassador said, “When you think of great tobacco growing regions, tropical climates and hot, humid growing seasons come to mind. That’s of course true. With ‘Borealis,’ we wanted our fans to experience something new, so we once again took an unconventional path. This time, we’re featuring Canadian tobacco and are delivering a blend that has an air of something different. It’s an experience that’s enjoyable and colors slightly out of the lines. A cigar you’ll want to talk about. And that’s exactly what we wanted to deliver.”

« Cigar News: Quesada Cigars Manolo Quesada 75th Anniversary to Launch at PCA 2022 » The Blog: Adults in the Room Need to Stand Up and Lead