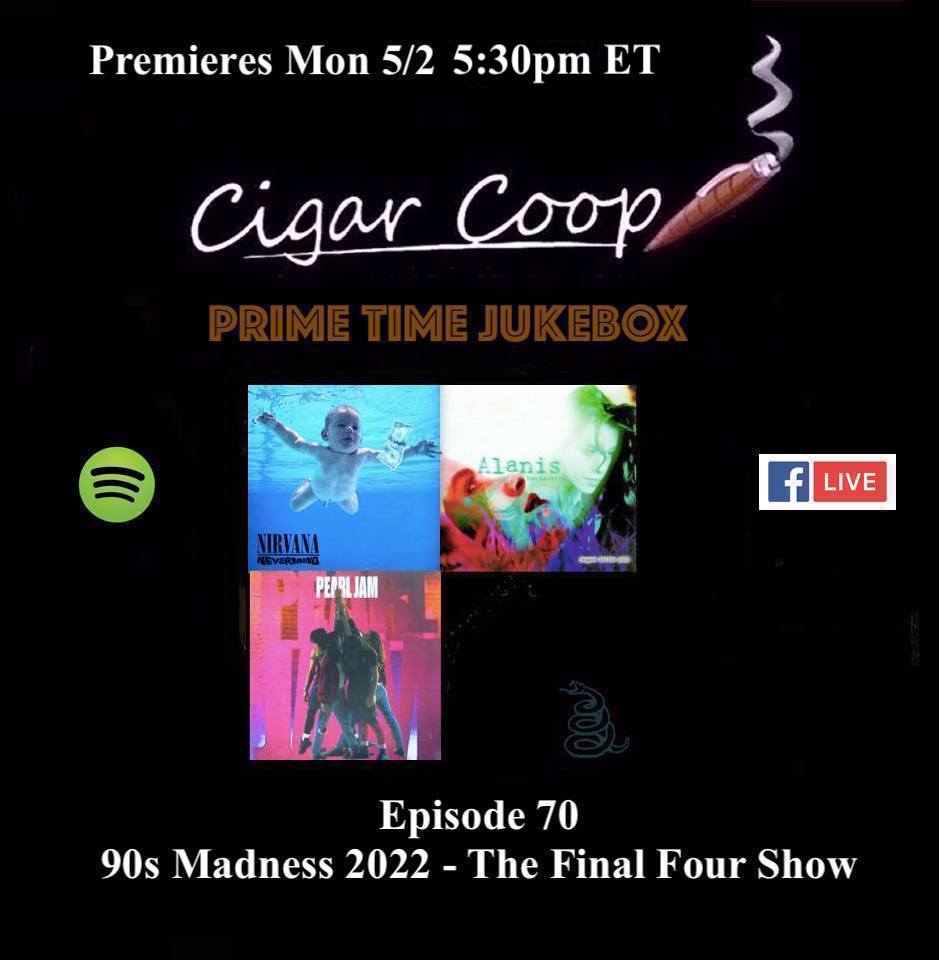 We have reached the Final Four of the 2022 Battle of the Bands’ 90’s Madness Edition. This year we did albums from the 1990s and invited Hector Alfonso of Espinosa Cigars and John McTavish of Developing Palates to join the fun. We have reached the final four and each one of us have an album to represent us in the Final Four.  On Episode 70, our team will recap the tournament thus far make the cases for which album should win.

The four albums are:

Remember you can vote by following the Cigar Coop Twitter Account!  Matchups begin 24 hours after this show airs.

We will also look back at the careers of Andrew Woolfolk and Naomi Judd.

Tune in to the premiere on the Cigar Coop Facebook Live page on Monday 5/2 at a special 5:30pm ET start

Prime Time Jukebox – the podcast where the cigar industry talks music. You can catch us on Google Play Music, iTunes, Podbean, YouTube, and Odysee.