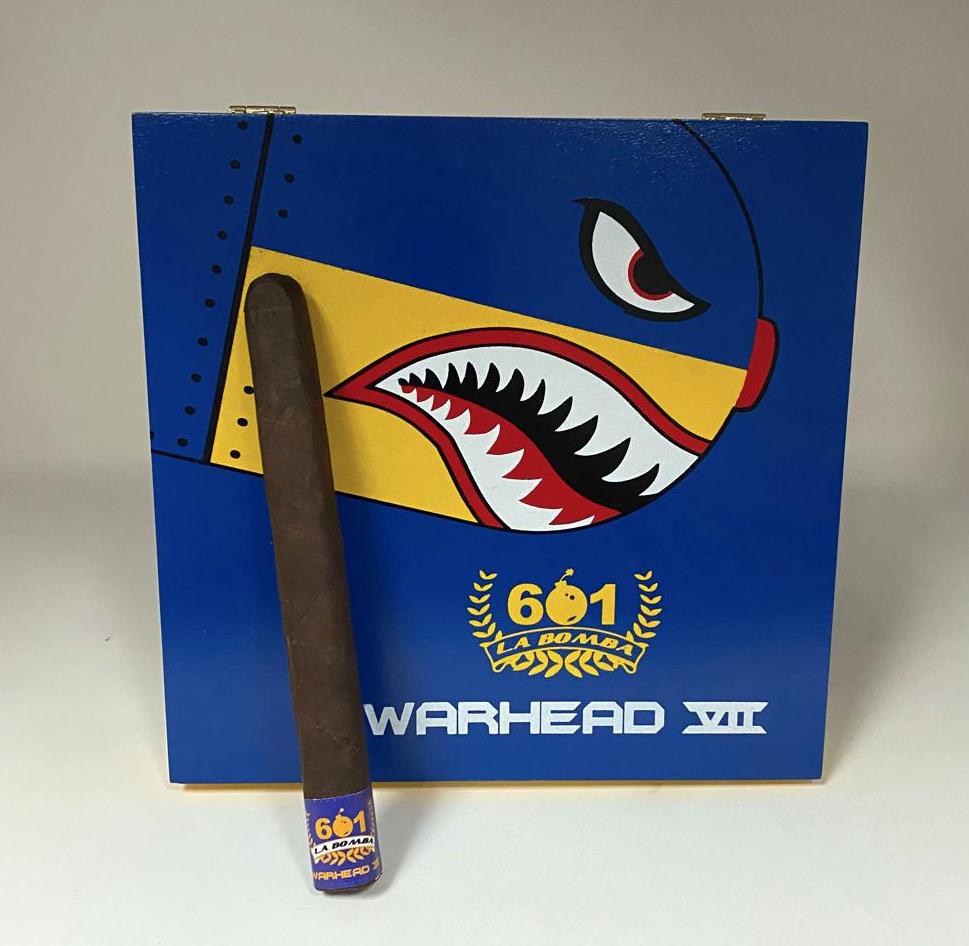 Espinosa Cigars will introduce the seventh installment of its 601 La Bomba Warhead Series, the Warhead VII. The cigar will be launched at the 2021 Premium Cigar Association (PCA) Trade Show.

The 601 La Bomba Warhead Series was first introduced in 2013, and with a few exceptions has been an annual release. The Warhead Series features a Broadleaf Maduro wrapper over Nicaraguan binder and fillers. Each year’s release has been in a different size.

For Warhead VII, the cigar is a 7 x 50 box-pressed Churchill highlighted by a Nicaraguan Broadleaf wrapper over Nicaragua binder and filler.  Like most of the 601 line, the 601 La Bomba Warhead VII is produced at AJ Fernandez’s San Lotano factory in Ocotál, Nicaragua.

Espinosa Cigars says Warhead VII will have a limited run for the rest of 2021. An initial run of production will be 2,000 ten-count boxes, but the company expects to make more as demand dictates. Once December comes around, attention will be turned to Warhead VIII.