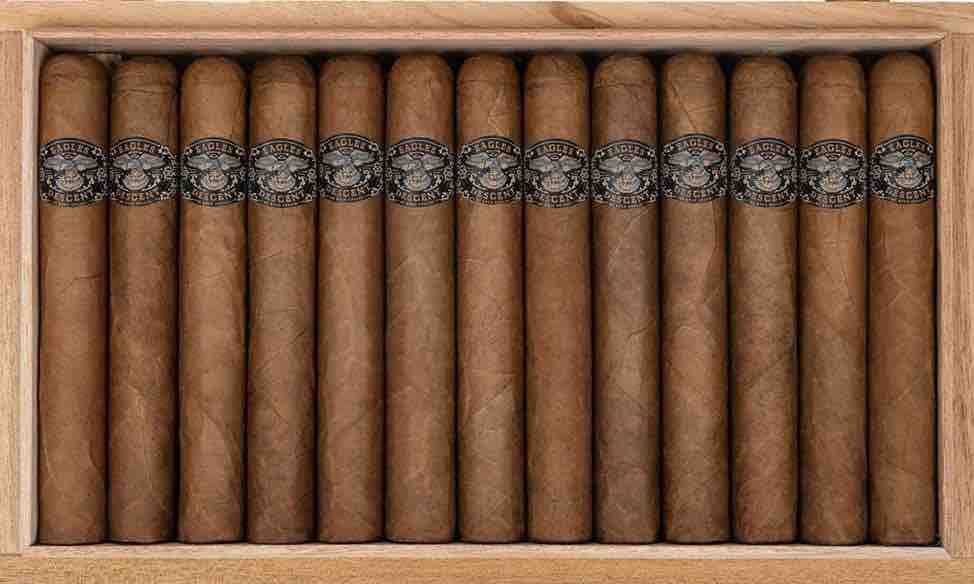 Back in 2019, Warped Cigars released Eagles Descent as a retailer exclusive for R Field Wine Company in Honolulu. At the time there were plans for a subsequent national release. Last week Warped announced the long-awaited national rollout of Eagles Descent.

Eagles Descent is produced at the Aganorsa Leaf (TABSA) factory in Estelí, Nicaragua. The widespread release will feature the same 5 5/8 x 52 Toro Especial size. The cigar itself is a Nicaraguan puro. Warped has said that it wanted to change things up from the original release so the viso and seco in the blend was reworked so that it would lean toward the Jalapa-grown tobaccos to offer additional sweetness to play with the rich dense power of Esteli Ligero.

The cigars are being presented in boxes of 25 and are limited to only 1,500 boxes. Warped has said the size will be retired. When Eagles Descent was announced in 2019, Warped had said it would be offering Eagles Descent in different sizes.