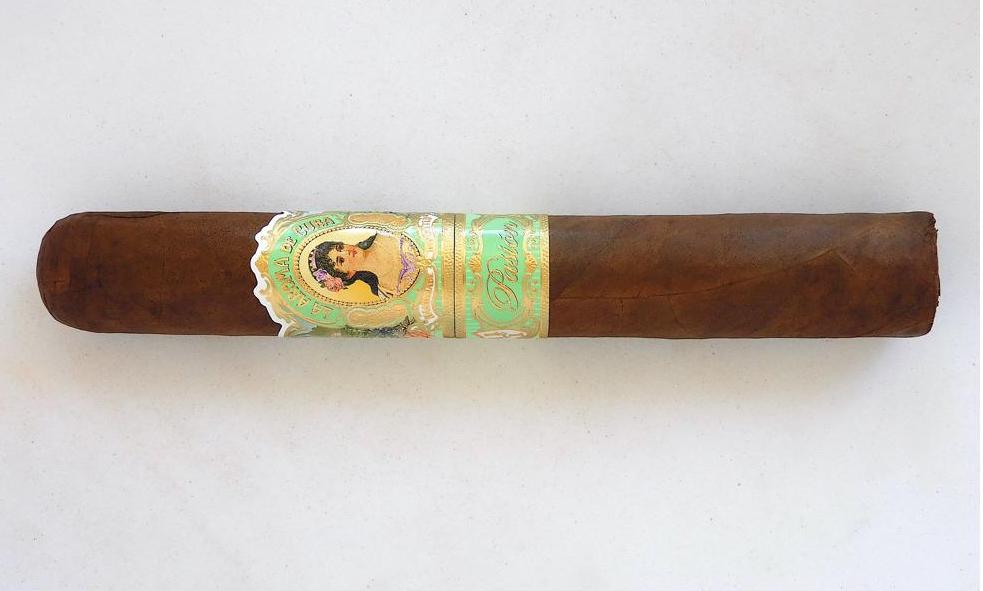 Without further ado, let’s break down the La Aroma de Cuba Pasión Marveloso and see what this cigar brings to the table.

The La Aroma de Cuba Pasión features 100% Nicaragua tobaccos from the Garcia family farms in the Estelí, Jalapa, and Namanji regions. The wrapper is a shade-grown one from the Namanji region. Namanji is located 18 miles east of Estelí. The La Aroma de Cuba Pasión is not the first cigar to use a wrapper from this region. A few years ago the Namanji wrapper was used on the Las Mareas line for Crowned Heads.

The La Aroma de Cuba Pasión was launched in six sizes. Each of the six sizes is presented in 25-count boxes.

The La Aroma de Cuba Pasión features two bands. The primary band has a seafoam green, gold, and white color scheme. The center of the band has the brand’s signature Cuban-style female portrait. Above the portrait is the text “LA AROMA DE CUBA” in gold font arranged in a curved fashion. There are four gold medallions surrounding the portrait. Just below the portrait are two white ribbons with the text “HANDMADE” and “IMPORTED” in gold font on the left and right respectively. There is a tobacco farm image adorning the left and right side of the band as well as various gold adornments.

There is a secondary band just below the primary band. This also has a seafoam green, gold, and white color scheme. On the center of the band is the text “PASION” in gold cursive font. The remainder of the band has gold and white adornments.

The La Aroma de Cuba Pasión Marveloso continued with the notes of wood, cedar, natural tobacco, and earth. In addition, some notes of black pepper were present at the beginning. The wood notes quickly emerged as the primary note. In the background were notes of cedar, natural tobacco, and earth. As the cigar moved through the first third, a nougat-like sweetness emerged. Meanwhile, there was an additional layer of black pepper on the retro-hale.

During the second third of the La Aroma de Cuba Pasión Marveloso, the cedar notes join by the wood notes in the forefront. The nougat, black pepper, earth, and natural tobacco rounded out the flavor profile. During this phase, there was an increase in the black pepper notes while there was a decrease in the nougat sweetness.

The last third saw the cedar take over as the sole primary note. The wood joined the black pepper and natural tobacco notes. Most of the earth and nougat notes had dissipated. This is the way the La Aroma de Cuba Pasión Marveloso came to a close. The resulting nub was soft to the touch and cool in temperature.

Overall the La Aroma de Cuba Pasión Marveloso required several touch-ups to maintain a straight burn path and a straight burn line. While the touch-ups did the trick to keep the burn on track, there were more touch-ups required than normal. The resulting ash was silver-gray. This wasn’t the firmest of ashes and was prone to minor flaking. As for the burn rate and burn temperature, both were ideal. 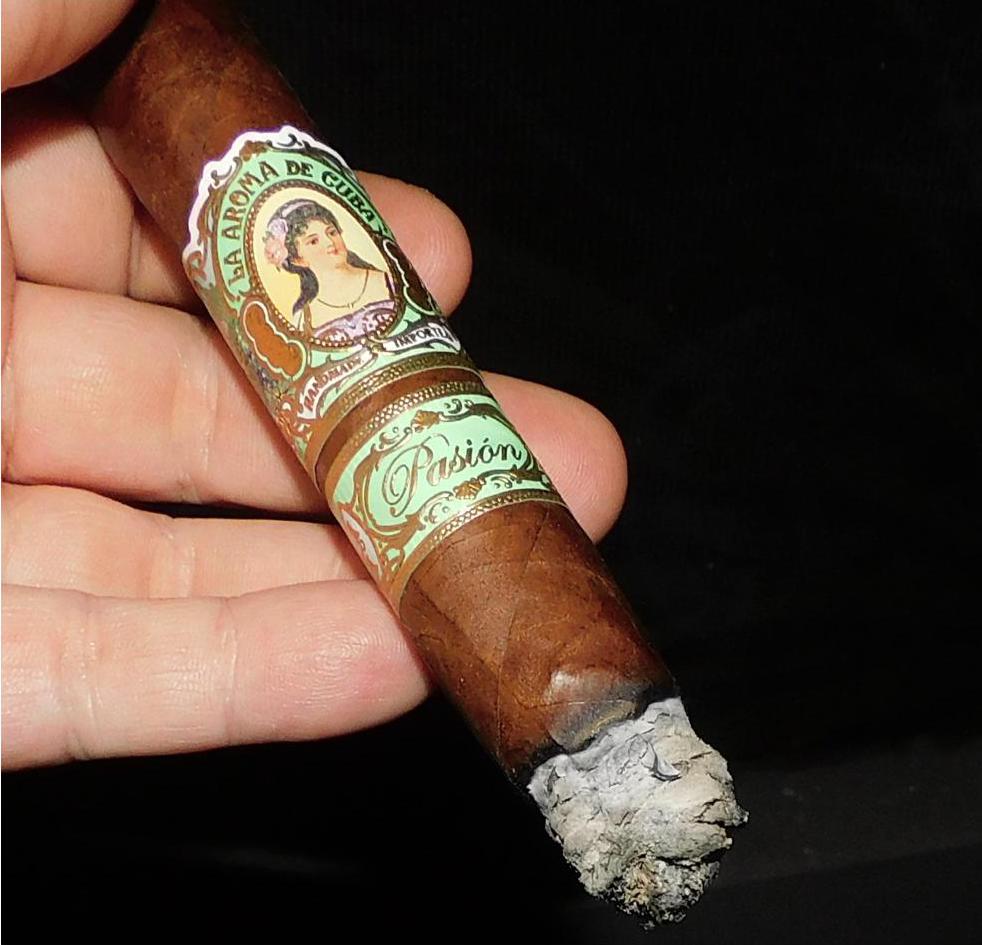 For the most part, the La Aroma de Cuba Pasión Marveloso delivered a medium-strength, medium-bodied smoke from start to finish. Throughout the smoking experience, there wasn’t much in the way of variance in the strength and body. Both the strength and body balanced each other nicely.

There was nobody more excited to hear of a new Ashton and La Aroma de Cuba offering than I was. In terms of the La Aroma de Cuba Pasión Marveloso, it fell short of expectations early on. The first two-thirds were not a bad smoke, but it was one that simply lacked any wow factor. By the final third, I found the blend wasn’t clicking with me as the flavors became more unbalanced. I’m still intrigued by this blend to try some of the other sizes of the La Aroma de Cuba Pasión, but I’ve had better Nicaraguan puros and better cigars in the $11.70 price range. In the end, this is a cigar I’d recommend trying a sample of before buying.