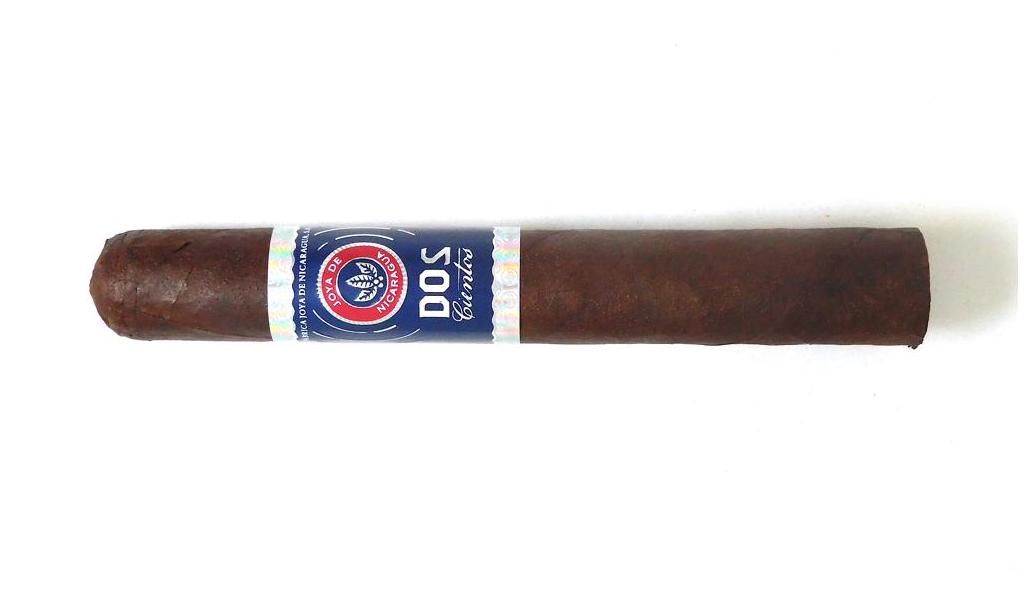 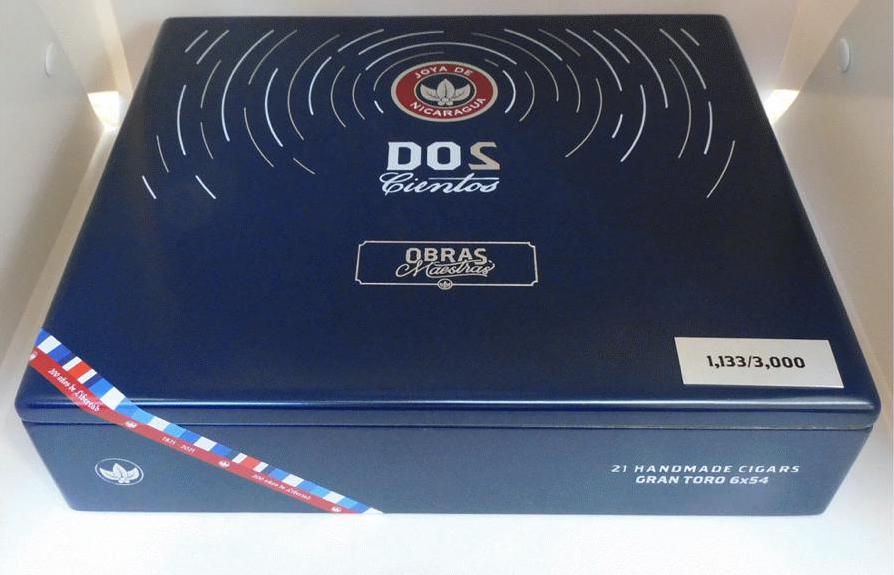 The official date the Central American states declared independence from Spain was September 15, 1821. If you got a box of the Dos Cientos, there was one cigar wrapped in paper that was intended to be smoked on the actual 200th anniversary on September 15, 2021. Unfortunately that did not happen as the release of Dos Cientos was delayed due to the many supply-chain delays that the cigar industry faced in 2021. As a result, the cigars did not ship until October and the company had a virtual celebration in November where people could smoke the cigar.  It is worth noting there was nothing different about the paper-wrapped cigar – other than the fact it was paper wrapped and intended to be originally smoked on September 15h. 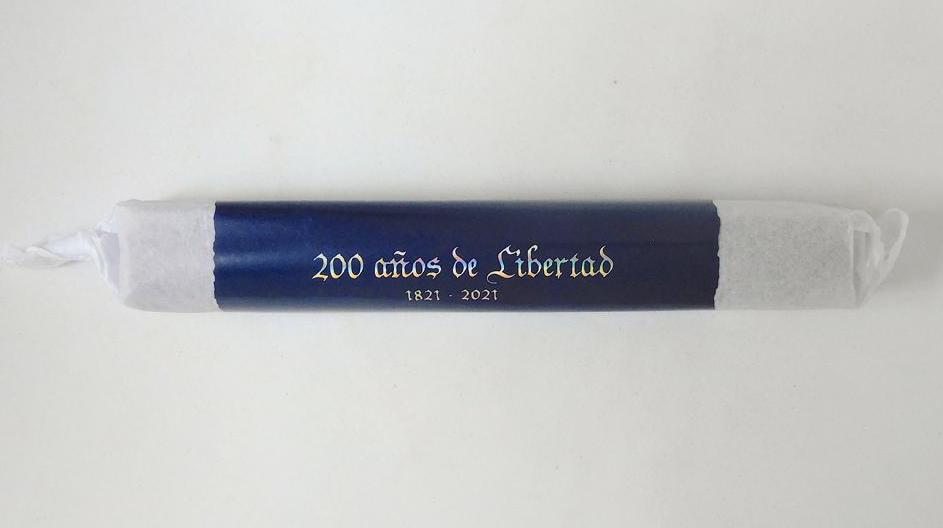 Without further ado, let’s break down the Joya de Nicaragua Dos Cientos and see what this cigar brings to the table.

The Joya de Nicaragua Dos Cientos was available in one size –  a 6 x 54 Gran Toro. The cigars were presented in 21-count boxes with one of the 21 cigars the special paper-wrapped cigar. A total of 3,000 numbered boxes were released. 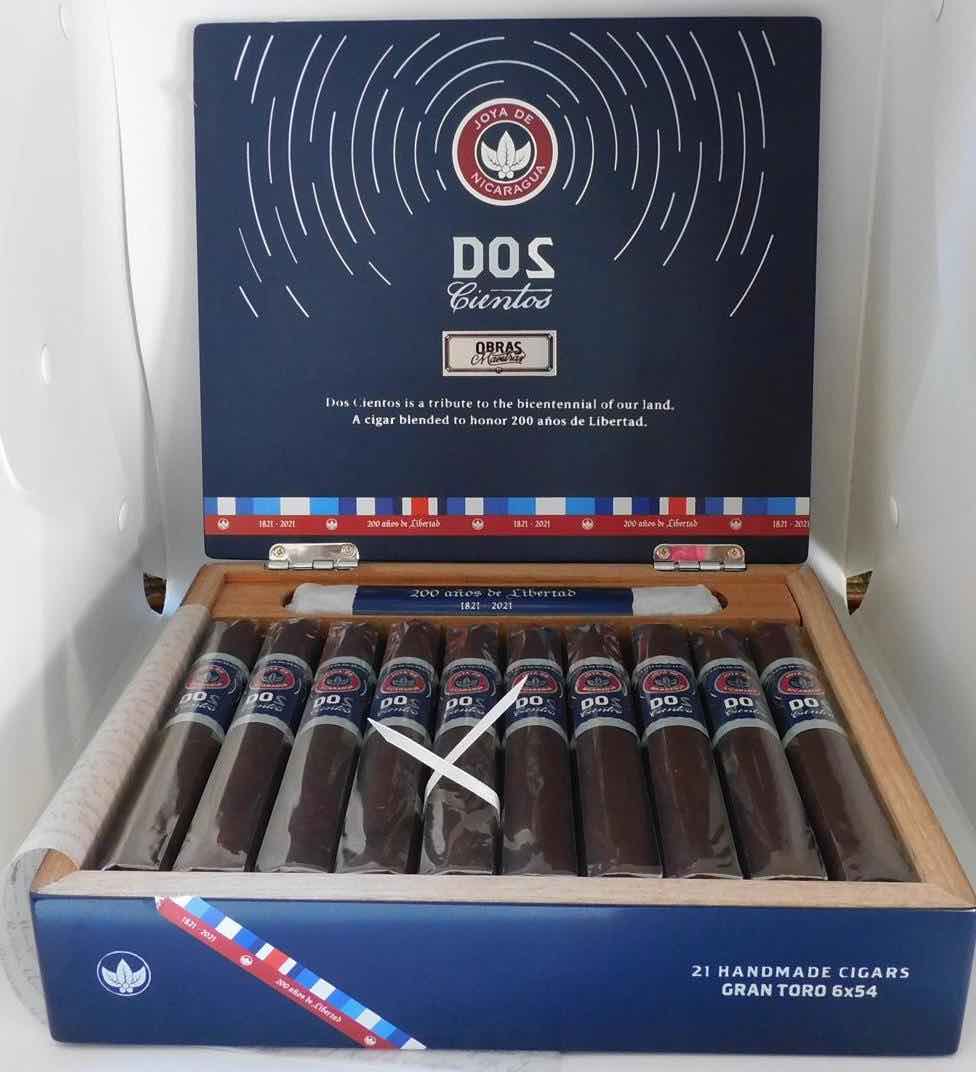 The wrapper of the Joya de Nicaragua Dos Cientos had a medium brown color to it. There was a light coating of oil on the surface of the wrapper. There were some visible veins. The wrapper was dark enough to hide any significant visible wrapper seams. 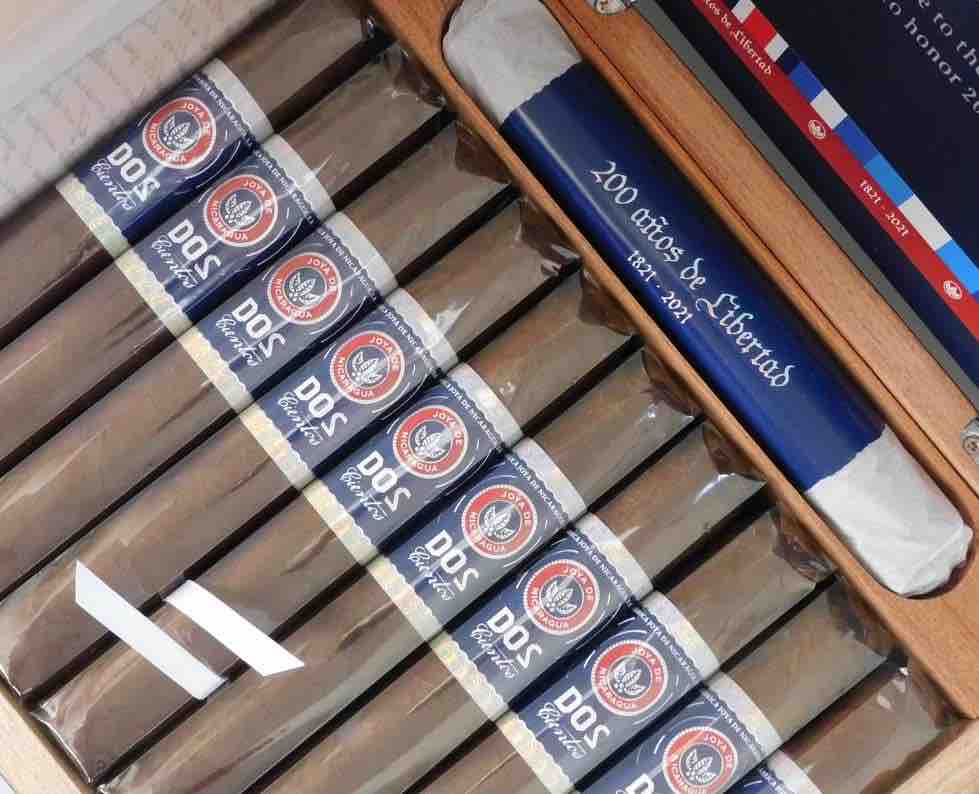 A straight cut was used to remove the cap of the Joya de Nicaragua Dos Cientos. Once the cap was removed, it was on to the pre-light draw experience.  The cold draw delivered a mix of natural tobacco, wood, and mild spices. Overall this wasn’t the most exciting pre-light draw. Since the pre-light draw is not assessed in our reviews, there was no loss in points here. At this point it was time to toast up the footer of the Joya de Nicaragua Dos Cientos and see what the smoking experience would have in store.

The Joya de Nicaragua Dos Cientos opened up with notes of natural tobacco, cedar, earth, and citrus. Early on the natural tobacco and cedar notes moved into the forefront. The citrus and earth notes settled in the background. There was a slight astringent component to the citrus that was present throughout the smoking experience. As the cigar moved through the first third, some baker’s spice emerged on the background. Meanwhile there were additional layers of mixed pepper, wood, and citrus on the retro-hale.

As the Joya de Nicaragua Dos Cientos moved through the second third, the earth notes displaced the natural tobacco as a primary note. The cedar remained grounded in the final third. The natural tobacco settled in the background with the citrus notes. There was also an increase in the pepper notes that gradually took place during this segment of the smoking. At the same time, the baker’s spice dissipated by the time the cigar entered the second third.

There wasn’t much change during the final third. The earth and cedar remained primary. The pepper was now the most prominent secondary note, and there still were notes of natural tobacco and citrus present. When the Joya de Nicaragua Dos Cientos came to a close, it had a soft, cool nub.

While the Joya de Nicaragua Dos Cientos maintained a straight burn path and straight burn line, it did require multiple touch-ups to do so. The amount of touch-ups needed was more than I preferred. The resulting ash was light gray. This wasn’t the firmest ash, but it wasn’t loose nor flaky. As for the burn rate and burn temperature, both maintained ideal levels. 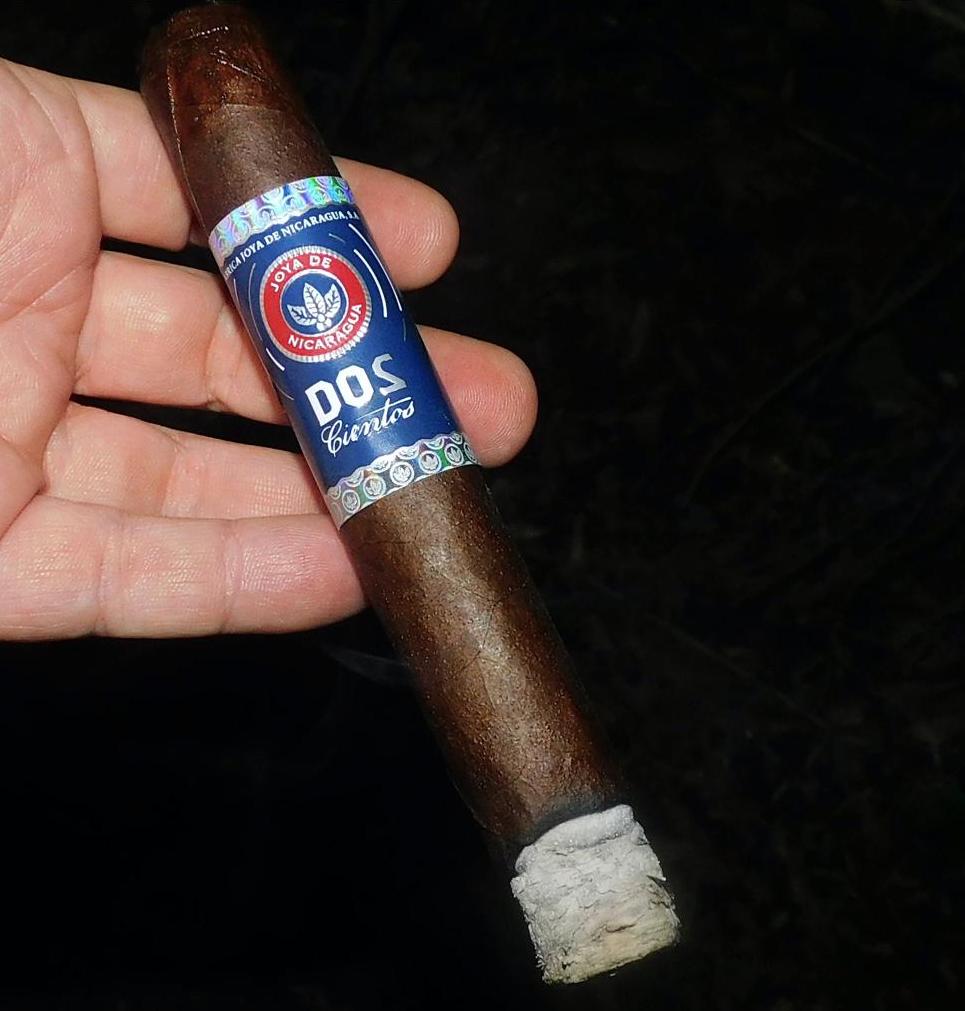 The draw of the Joya de Nicaragua Dos Cientos had a touch of resistance – which is something I like. At the same time, this was a cigar that was low maintenance to derive flavor from.

I love the whole concept of the Joya de Nicaragua Dos Cientos and how the multinational blend supports the theme of Central American Independence. When it comes to the cigar, the experience was somewhat mundane – and lacked anything that was a wow factor. At times during the final third, it was a little drying on the palate. In the end, given this is not an inexpensive cigar (it’s priced at $17.00), this is a cigar I would recommend trying first and seeing if this fits your profile.