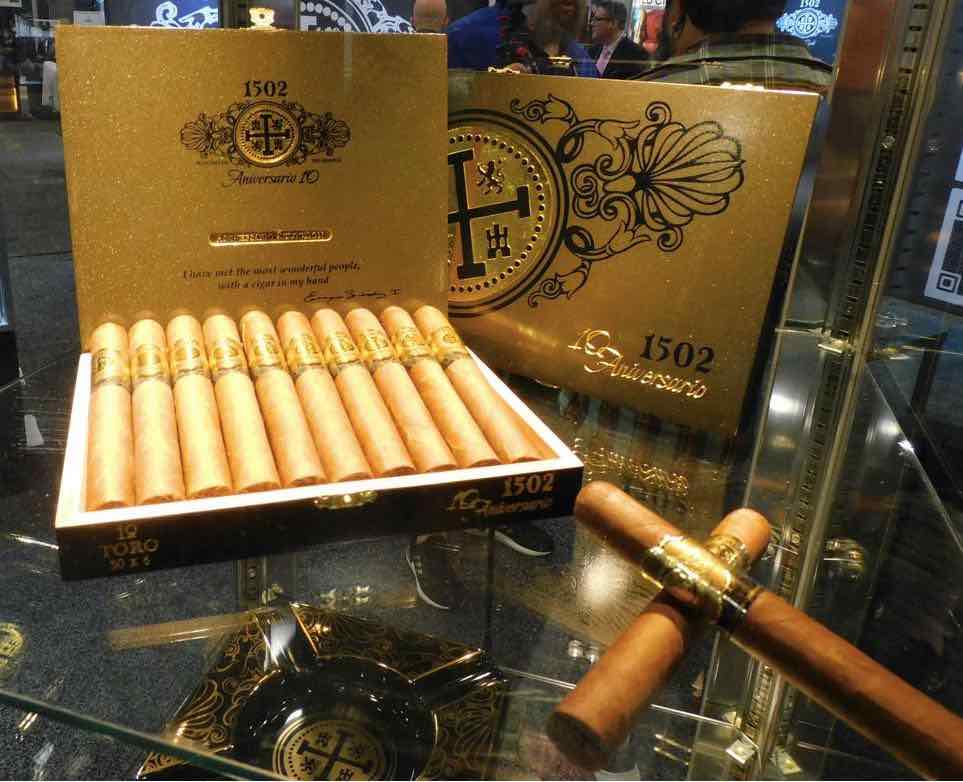 This year, Enrique Sanchez’s Global Premium Cigars (and 1502 brand) celebrated its tenth anniversary. To commemorate the occasion, Sanchez has launched the 1502 Aniversario 10. It’s a cigar that was showcased at the 2022 Premium Cigar Association (PCA) Trade Show. It is also a cigar that had a soft launch on the eve of the Trade Show at a launch event at En Fuego in Las Vegas, Nevada.

With the 1502 Aniversario 10, there is a big change compared to all of the other 1502-branded cigars. This is the first 1502 cigar to come out of A. Fernandez’s factory in Nicaragua. The blend itself features an Ecuadorian wrapper over a Mexican binder and all-Nicaraguan fillers. The cigar comes in one size- a 6 x 50 Toro. The cigars are presented in ten-count boxes. It is a regular production cigar with pricing set at $14.00 per cigar.