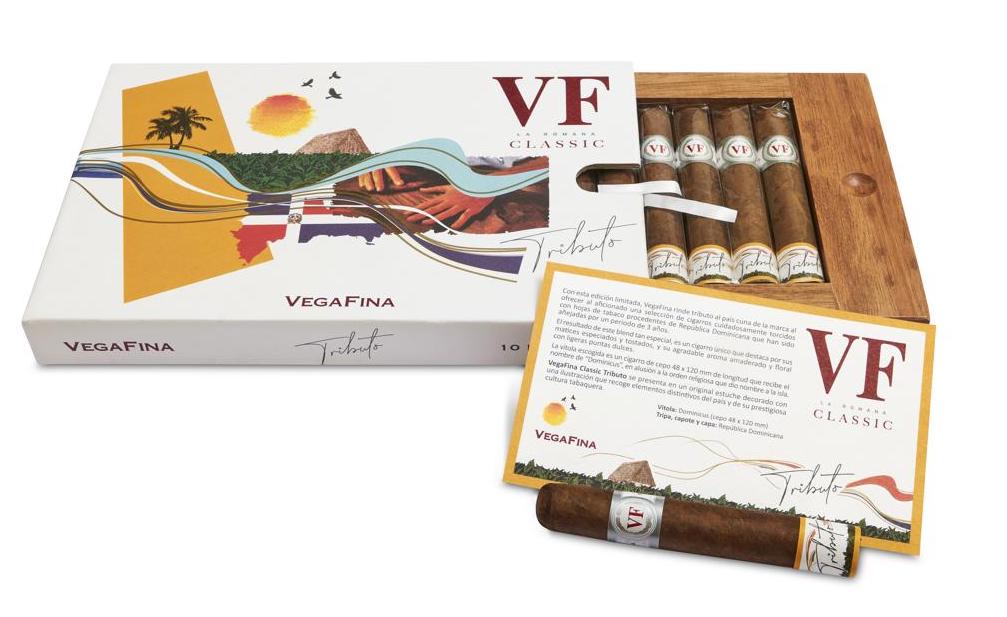 VegaFina has announced a new limited edition cigar called the VegaFina Classic Tributo. It’s a cigar that pays homage to the brand’s birthplace, the Dominican Republic. The release is slated for distribution in the international market outside the U.S.

The cigar is produced at Tabacalera de Garcia in the Dominican Republic and features 100% Dominican tobaccos that have undergone a three-year aging process. The cigar will be available in a 48 x 120mm (48 x 4 3/4″) format known as Dominicus. There are ten cigars per box.

The box also features elements from the Dominican Republic including sun, sea, palm trees, the country’s national bird, and other elements that represent the Dominican tobacco culture. The footer band of the cigar matches the box’s design. 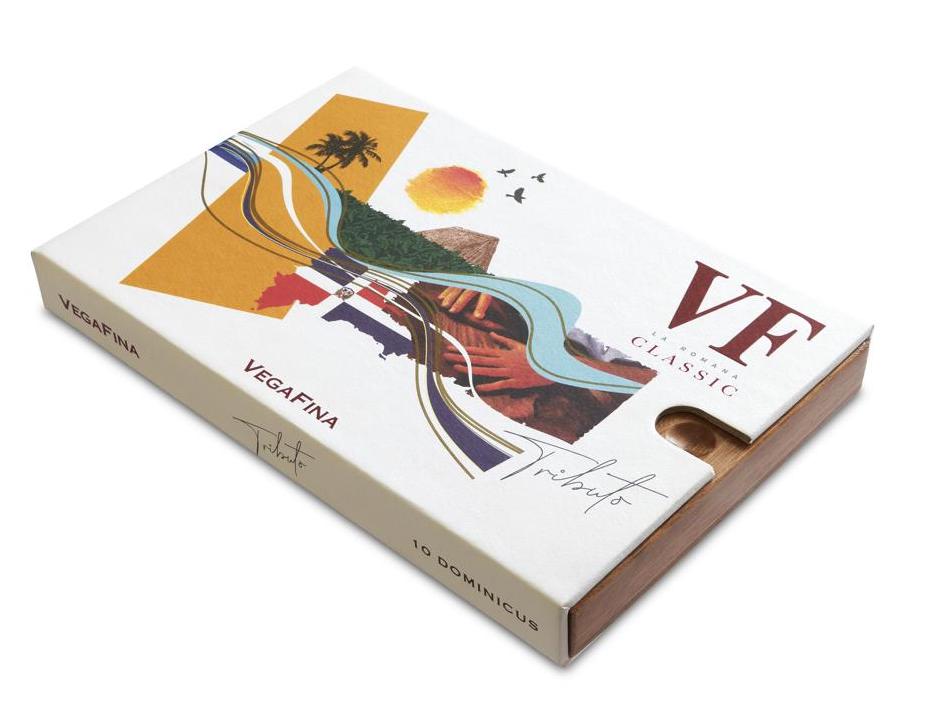 At a glance, here is a look at the VegaFina Classic Tributo: