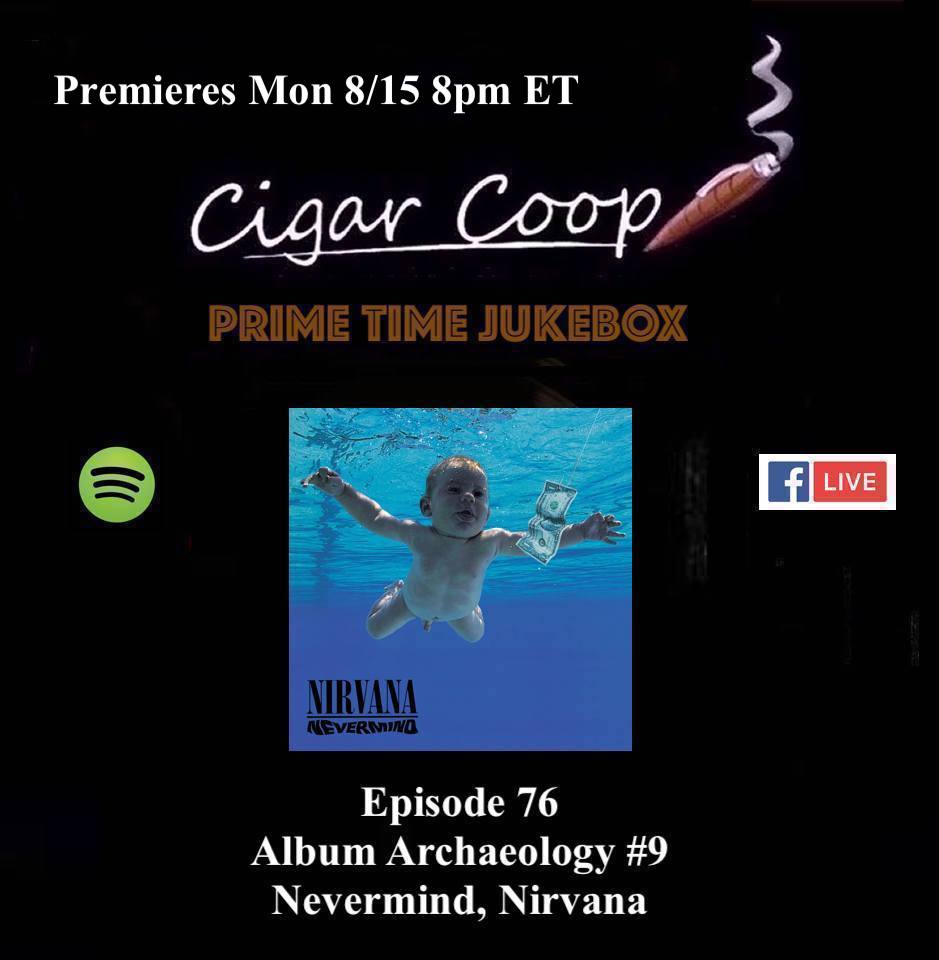 Prime Time Jukebox Episode 76 features our ninth installment of our Album Archaeology Series. On his episode, we break down Nirvana’s landmark album Nevermind. This album won our 2022 Battle of the Bands – 90s Madness Tournament, and was the album drafted by Espinosa Cigars’ Hector Alfonso. To celebrate Nirvana’s win, we devote an Album Archaeology show to Nirvana. We are also joined by John McTavish of Developing Palates who also participated in this year’s tournament

Much like an archaeologist digs and hunts for gems, on Album Archaeology we dig into the Nevermind album. We go deep into each of the tracks of this album looking at the music, lyrics, and stories behind this album.

Plus we reflect on the life and career of Olivia Newton John and Archie Roach.

Prime Time Jukebox – the podcast where the cigar industry talks music. You can catch us on Google Play Music, iTunes, Podbean, YouTube, and Odysee, and Rumble.