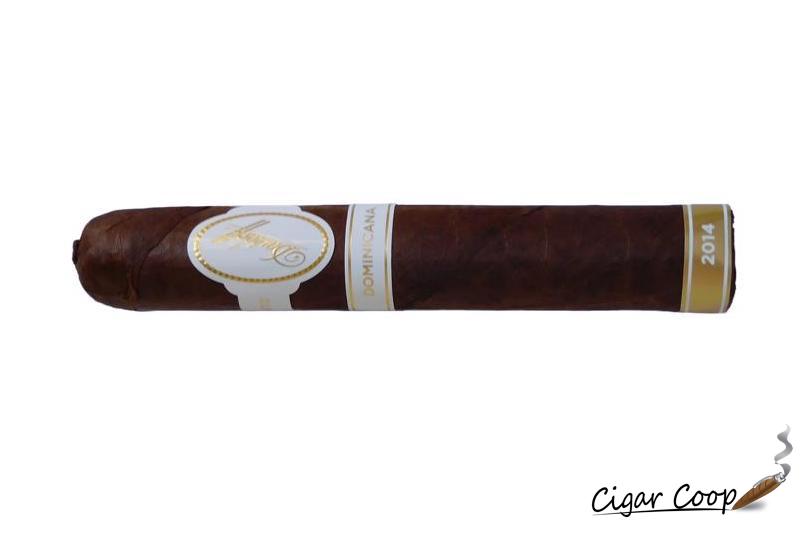 According to Davidoff, the 2014 tobacco was aging for six years in the company’s tobacco inventory and was eventually blended together to make the Davidoff Dominicana. The rolled cigars were then aged for twelve months. While Davidoff has said the Dominicana line is limited, it’s unclear what that means going forward. Davidoff has not indicated what tobaccos remain from the 2014 vintage to continue to produce this brand. One can also speculate that Davidoff could come out with a different blend using another vintage year.

For now, let’s turn our attention to the Davidoff Dominicana Robusto and see what this cigar brings to the table.

Hybrid tobaccos are used for the wrapper and binder. The wrapper features what is termed by Davidoff as a Hybrid 257 wrapper. Meanwhile the binder features a leaf grown from Hybrid 151 seed in Ecuador. The filler features various seco and viso primings of tobaccos from the Dominican Republic.

The Davidoff Dominicana was released in three sizes. Each was presented in ten-count wooden boxes. Production numbers were not disclosed. 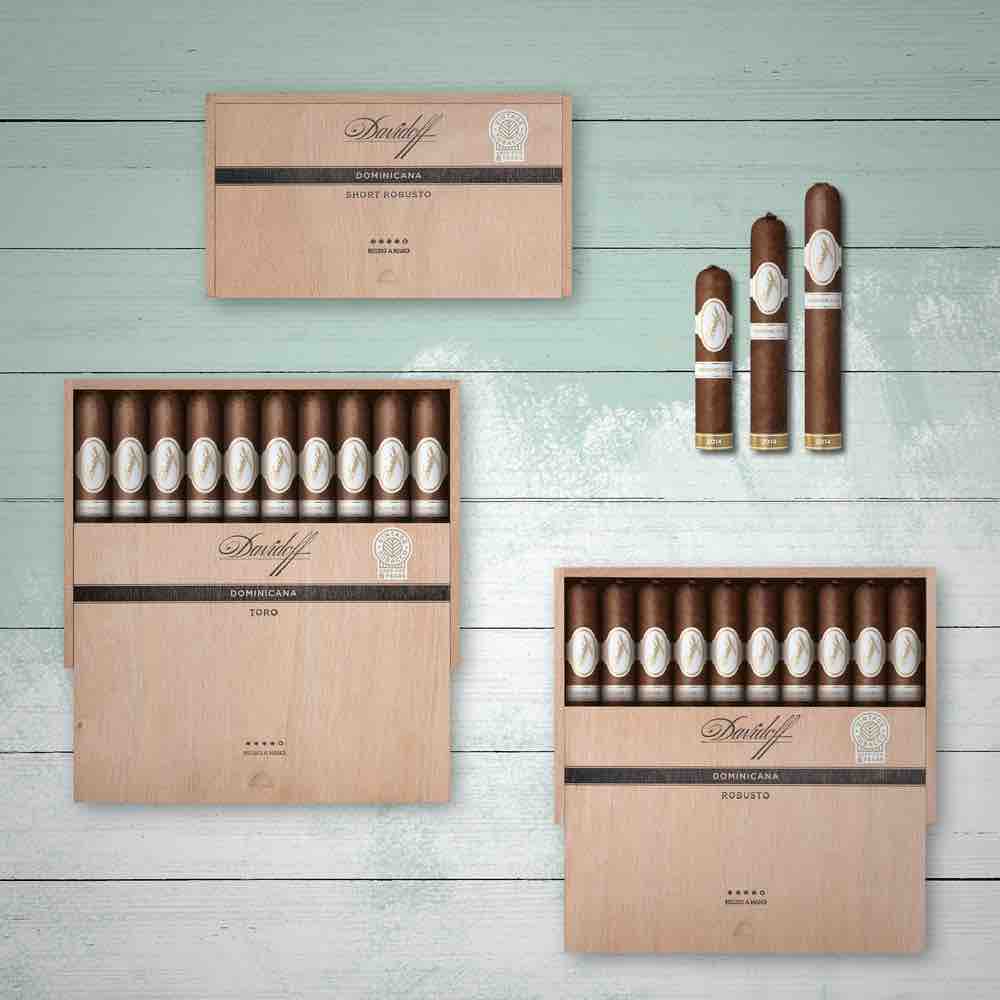 The Dominican Hybrid wrapper of the Davidoff Dominicana Robusto had a rich dark Colorado-colored wrapper on it. Upon closer examination, there was a slight amount of mottling on the surface of the wrapper. The surface of the wrapper also had a light amount of oil on it. There were some visible veins and visible wrapper seams on the cigar, but overall this still was a very elegant looking wrapper.

There are three bands on the Davidoff Dominicana Robusto. The primary band uses the design of the Davidoff White label band. It features the name “Davidoff” in classic cursive gold font on an oval field of white. There are small gold circles going around the perimeter of the oval. The word “GENEVE” (in gold font) flanks to the right of the oval field. To the left of the oval is the text “ROBUSTO.”

The secondary band of the Davidoff Dominicana Robusto rests just below the primary band. It is white in color with a gold pinstripe near the top and near the bottom. The center of the band has the text “DOMINICANA” in gold font.

A third band surrounds the footer. This is gold with a white pinstripe across the top and bottom. On the center of the band is the text “2014” in white font.

A straight cut was used to commence the cigar experience of the Davidoff Dominicana Robusto. Once the cap was cut off, it was on to the pre-light draw ritual. The cold draw delivered notes of cedar, mushroom, and earth. To me, this was a satisfactory pre-light draw experience. At this point it was time to remove the footer band of the Davidoff Dominicana Robusto and move on to the smoking phase.

By the final third, the earth, cedar and natural tobacco were still in the forefront. The pepper notes had increased and become the most dominant secondary note. There were still some tannin notes also present in the background. This is the way the Davidoff Dominicana Robusto came to a close. The resulting nub was slightly soft to the touch and cool in temperature.

While the Davidoff Dominicana Robusto maintained a straight burn path and a straight burn line, the cigar did require frequent touch-ups. The touch-ups did the trick, but there were more touch-ups needed than preferred. The resulting ash was skewed toward the firmer side. This was an ash that had a silver-gray and charcoal color to it. Meanwhile the burn rate and burn temperature were both ideal. 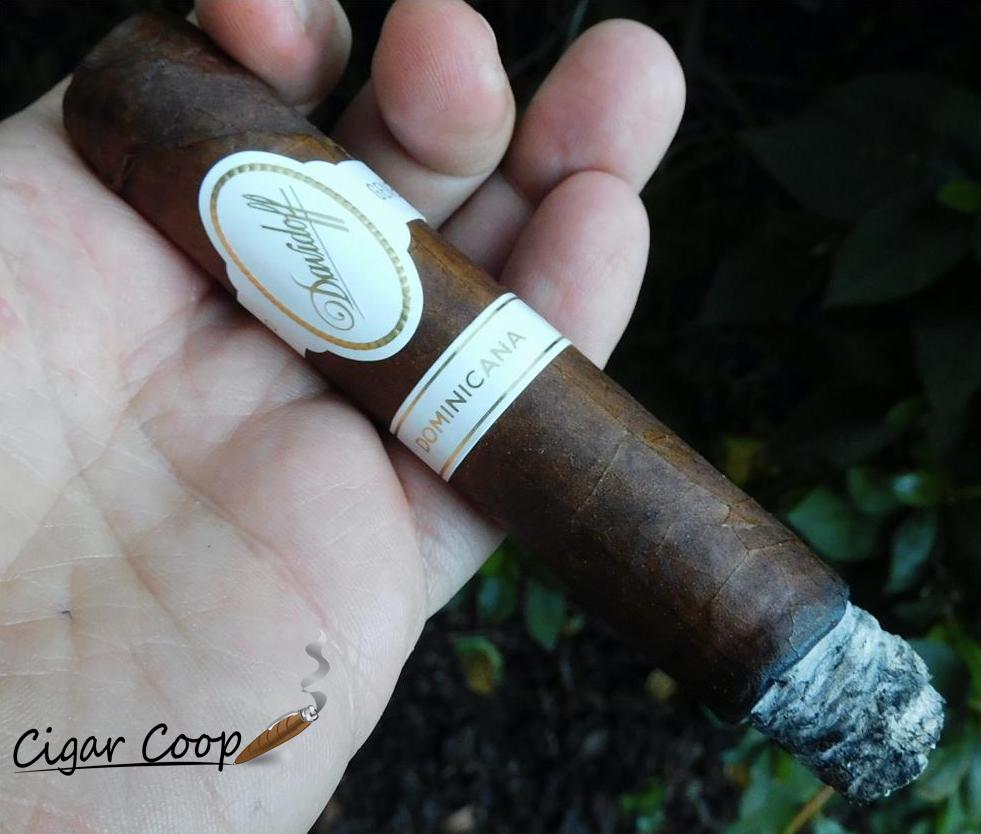 The draw to the Davidoff Dominicana Robusto had a touch of resistance to it – making it an ideal draw. At the same time, this is a cigar that was low maintenance to derive flavor from.

The Davidoff Dominicana Robusto started out as a medium strength, medium-bodied cigar. While there was not change in the strength level, there was a slight uptick in the body and by the second half, the flavors being delivered were medium to full-bodied.

Overall this was solid performance by the Davidoff Dominicana Robusto. The cigar has a lot of core DNA qualities that you would expect from a Davidoff cigar, but at the same time I found this to have a unique flavor profile. The cigar delivers its best flavors in the first third, but the final third was a slight letdown. In the end, at around $22.00, this is a not an inexpensive cigar. While it scores a solid 89 points; I’m still inclined to say if you can, give this cigar a try first and see if its for you.