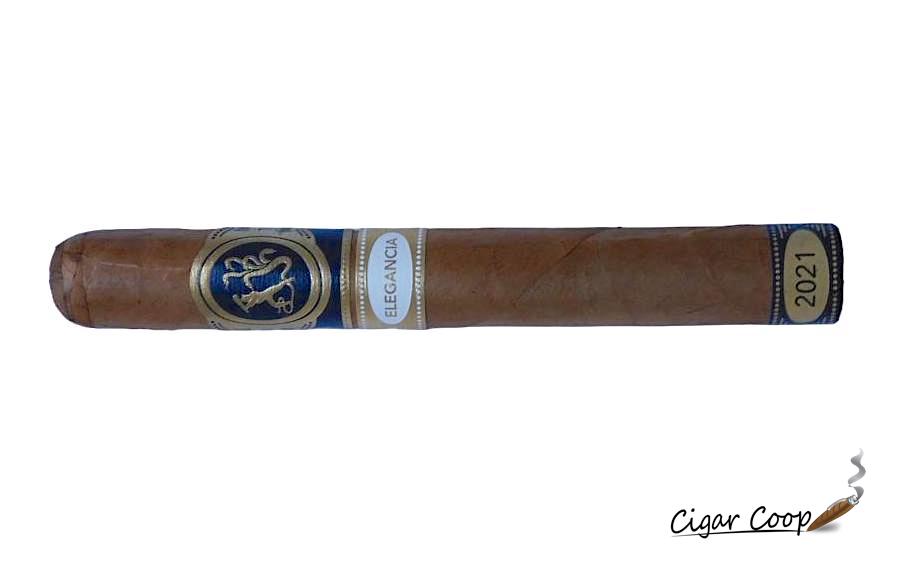 Each of the two Ferio Tego blends is produced by a long-time manufacturing partner of the former Nat Sherman brands – Generoso is made at the Plasencia factory in Nicaragua while Elegancia comes out of the Quesada factory in Nicaragua. Both releases are intended to be more-premium offerings in the Ferio Tego portfolio. In terms of sales and distribution, Davidoff of Geneva is handling this in the U.S. for all Ferio Tego cigars including these new offerings and the legacy offerings that came over from Nat Sherman.

The first release of the Ferio Tego Generoso and Elegancia came out last Fall. Recently, the 2022 edition was announced. These cigars will feature the same blends. In terms of the experience, Herklots has said “each year, these two blend experiences are crafted in a way that is consistent in their respective style, but also offers an opportunity for creativity, allowing for some uniqueness from one year to the next.”

Without further ado, let’s break down the Ferio Tego Elegancia and see what this cigar brings to the table.

The Ferio Tego Generoso consists of a shade-grown wrapper out of Honduras over a blend of all-Nicaraguan tobaccos. As mentioned, the Generoso comes from the Quesada’s TABADEX factory located in the Dominican Republic.

The Ecuadorian wrapper of the Ferio Tego Elegancia had a classic light brown color to it. There was a light coating of oil on the surface. There were a few veins and a few visible wrapper seams, but overall the wrapper was smooth and was definitely worthy of the name “Elegancia.”

The secondary band rests just below the primary band. This is a mostly gold band with some white design elements. The most prominent of these design elements is a white oval with the text “ELEGANCIA” in gold font.

The third band is a footer band that is mostly black with gold design elements. The most prominent of these design elements is a gold oval with the text “2021” in gold font.

Prior to lighting up the Ferio Tego Elegancia, a straight cut was used to remove the cap. Once the cap was removed, it was on to the pre-light draw experience. The cold draw was pretty straightforward for a Connecticut Claro cigar as notes of cream, citrus, cedar, and hay were delivered. Overall this was a satisfactory pre-light draw. At this point, it was time to remove the footer band, toast up the Ferio Tego Elegancia and see what the smoking experience would have in store.

As the Ferio Tego Elegancia moved into the second third, the citrus notes joined the vanilla notes in the forefront and then took over as the primary sole primary note. By the second half, some of the hay notes along with some earth notes moved into the forefront. Some mixed pepper notes also emerged in the background. These pepper notes joined the vanilla on the retro-hale. Toward the latter part of the second third, the earth and hay notes were primary. These were rounded out by the cream, citrus, cedar, vanilla, and pepper notes.

There wasn’t much of a change in the final third. The earth and hay notes remained primary. The cedar and pepper notes were a little more prominent than in the previous third. Meanwhile, the citrus, cedar, and vanilla notes rounded out the flavor profile. By this stage, the cream notes present throughout the first two-thirds had dissipated. This is the way the Ferio Tego Elegancia came to a close. The resulting nub was slightly soft to the touch and cool in temperature.

The burn to the Ferio Tego Elegancia performed excellently. This cigar maintained a straight burn line and a straight burn path requiring very few touch-ups. The resulting ash was silver-gray in color. This was an ash on the firmer side. As for the burn rate and burn temperature, both were ideal. 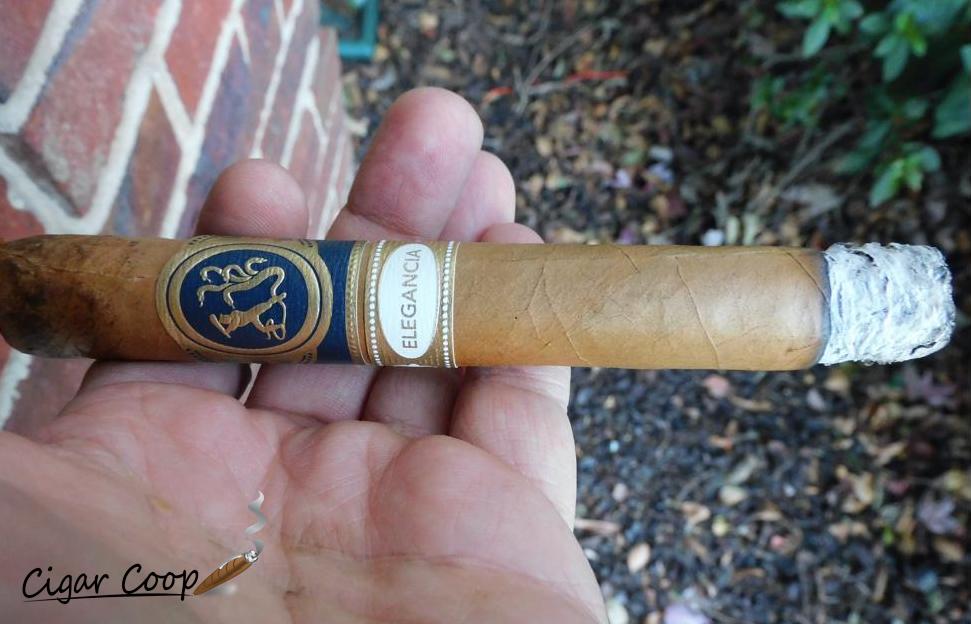 Burn of the Ferio Tego Elegancia

The draw to the Ferio Tego Elegancia performed excellently as well. This had a touch of resistance to it – which is something that I like. This was also a low-maintenance cigar to derive flavor from.

Elegancia seems to be the perfect name for this cigar. As mentioned, it is a dialed-back smoke, but it is by no means short of flavor. In fact, the flavor is where this cigar shines. The flavors are nuanced but very much present. Add on top of it that this cigar has a nice amount of complexity and impeccable construction and this is how you determine if a cigar reaches the Standard of Excellence level. When I smoked the other Ferio Tego blend, the Generoso, I noted how the blend responded to some short-term aging. I would also put the Ferio Tego Elegancia into that category. A solid score of 90 makes this cigar one to recommend to any cigar enthusiast and one that I certainly would buy and smoke again.