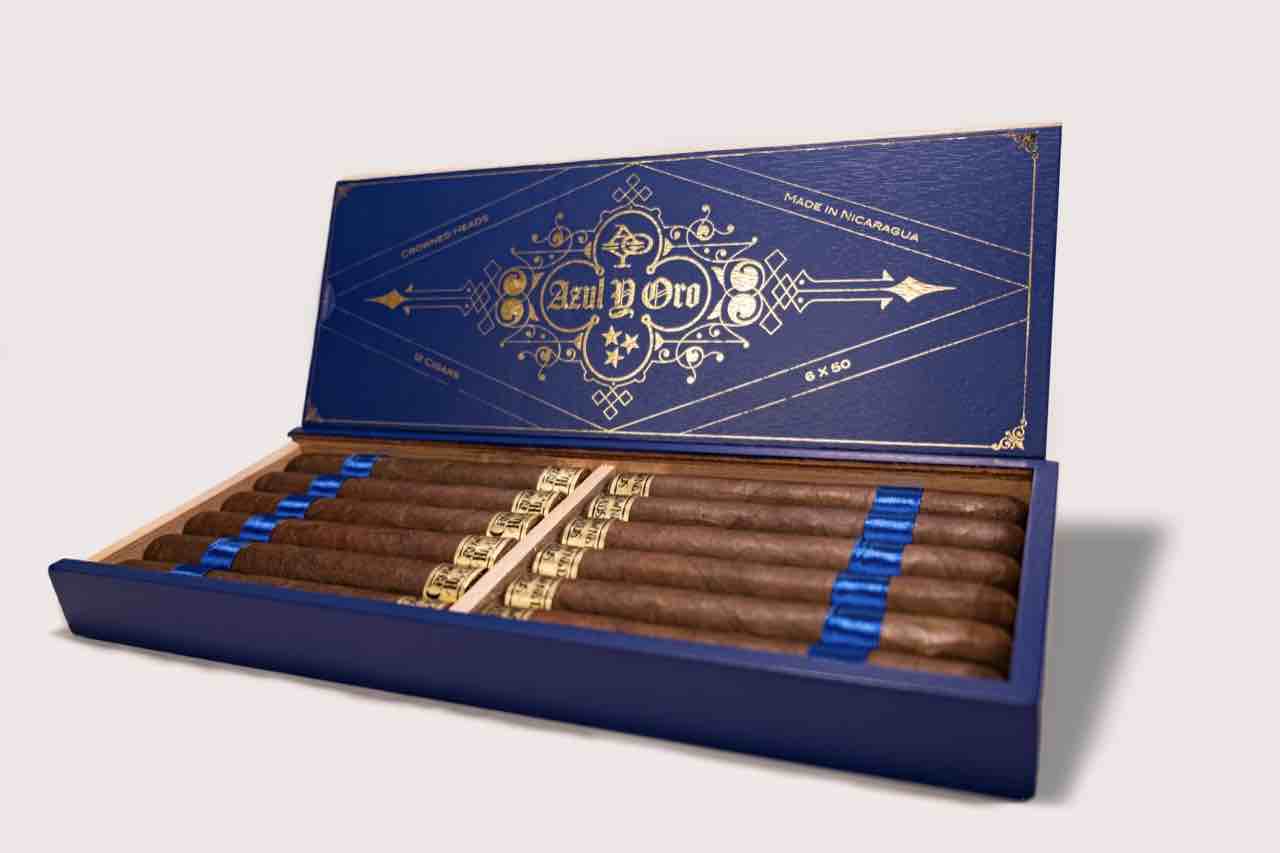 Crowned Heads has announced its first limited edition release out of Nicaraguan American Cigars S.A. (NACSA), Azul y Oro. NACSA is a factory that Crowned Heads has started to work with. Last month the company announced it was moving production of its Le Pâtissier to NACSA.

According to Crowned Heads, the genesis of the Azul y Oro project dates back to the Spring of 2011. This was at a time that Crowned Heads was exploring manufacturing opportunities in Nicaragua. Gustavo Cura, who was in charge of Oliva’s tobacco farms and interests in Nicaragua, had helped facilitate their visit. As a token of appreciation, Crowned Heads co-founders Mike Condor and Jon Huber gifted Cura a bottle of his favorite Scotch whisky well known for its blue label.  Cura says he has the bottle to this day and it remains unopened.

Fast forward to 2022 and Cura is at the helm of the NACSA factory working with General Manager and cigar maker Raul Disla. Now Crowned Heads is working with Cura and NACSA for the production of Azul y Oro.

Azul y Oro is described as a medium plus-bodied blend consisting of an Ecuadorian Habano wrapper, a binder from the Jalapa region of Nicaragua, and a filler consisting of Nicaraguan tobaccos from three regions and Dominican tobacco. The cigar comes in one size – a 6 x 50 parejo. A total of 2,500 12-count boxes (or 30,000 cigars) have been produced.

Pricing for Azul y Oro is set at $11.95 per cigar and is shipping this month.

At a glance, here is a look at the Crowned Heads Azul y Oro