“When it comes to The American line, I have found each of the vitolas to bring its own unique characteristics to what it delivers flavor-wise. Given the Double Robusto is a tweaked blend, it shares some of the core flavor characteristics of the other lines, but also smoked the most differently.” 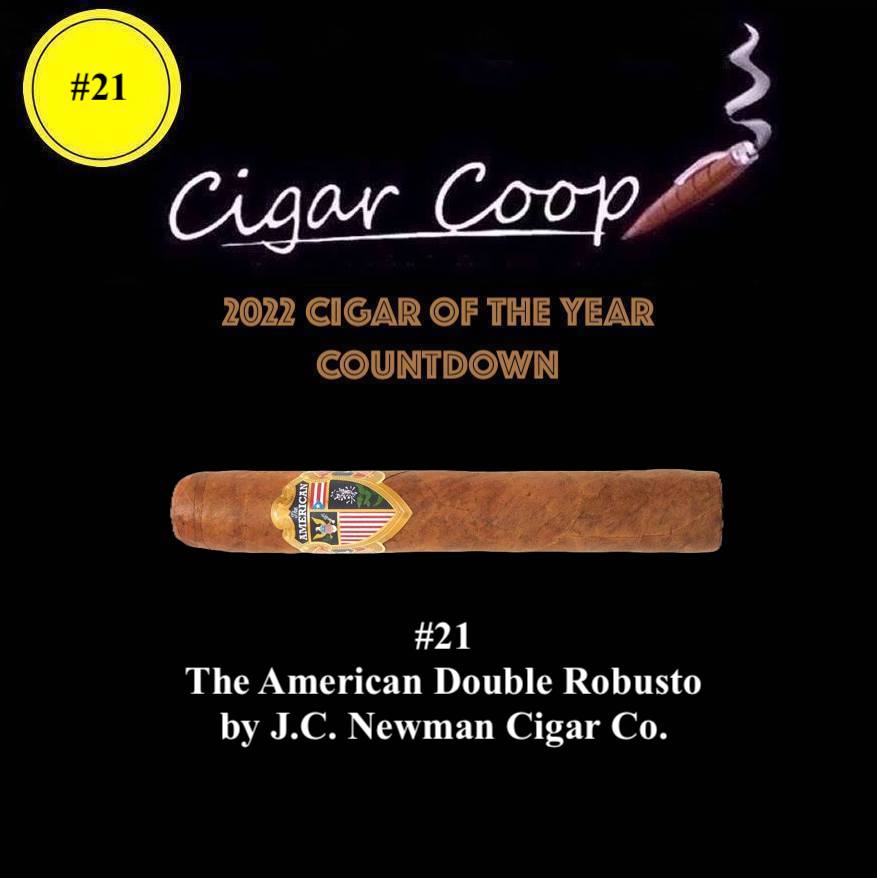 Coming in at #21 is The American Double Robusto by J.C. Newman Cigar Company. At the end of 2020, Cigar Coop named the Toro size of The American as our #1 Cigar of the Year. It’s a unique project from J.C. Newman Cigar Company that pays homage to cigar making in the United States. The blend is made in the U.S. featuring 100% American-grown tobacco. In addition, everything about the cigar is American-made, including the boxes, the box hinges, the labels, and even the molds. The Double Robusto size was introduced in 2021, and it’s a tweaked and bolder version of the original blend.

The American Double Robusto uses a wrapper grown in Florida by Jeff Borysiewicz at his farm in Clearmont, Florida. The remainder of the blend consists of a Connecticut Broadleaf binder and fillers consisting of Pennsylvania and Connecticut Habano tobaccos. The American Double Robusto uses the same tobacco components as the original line, the one major difference is that there is an extra leaf of  Pennsylvania ligero that is included in the blend. The Double Robusto measures 5 1/2 x 56, making it the thickest offering in The American line to date. Production comes from J.C. Newman’s El Reloj factory in Ybor City. 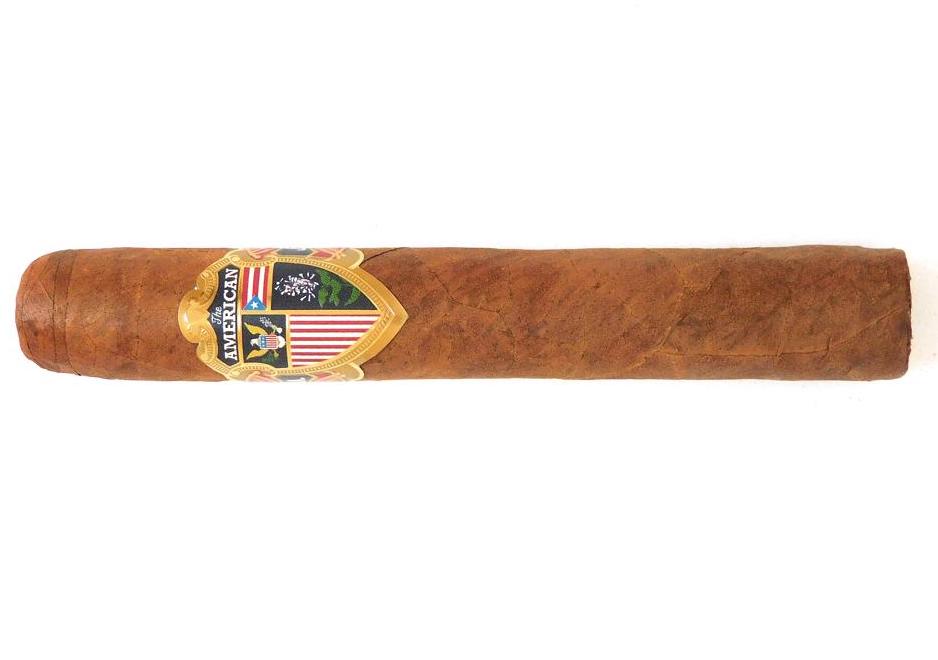 The American Double Robusto delivers a complex smoke consisting of wood, earth, mixed fruit, citrus, black pepper, graham cracker, and metallic notes. While I would categorize it as medium in strength and body, it’s still got more in the way of boldness compared to the rest of the line.

For J.C. Newman, this marks the third year it has landed a cigar on the Cigar Coop Countdown, and it’s the second cigar for The American line to place on a Countdown. This cigar also is the first cigar from the U.S. to land on the 2022 Countdown.