“The Magic Toast blend translated nicely to a box-pressed cigar… it’s a nice addition that Alec Bradley made to the PCA Exclusive Series and its one I hope returns.” 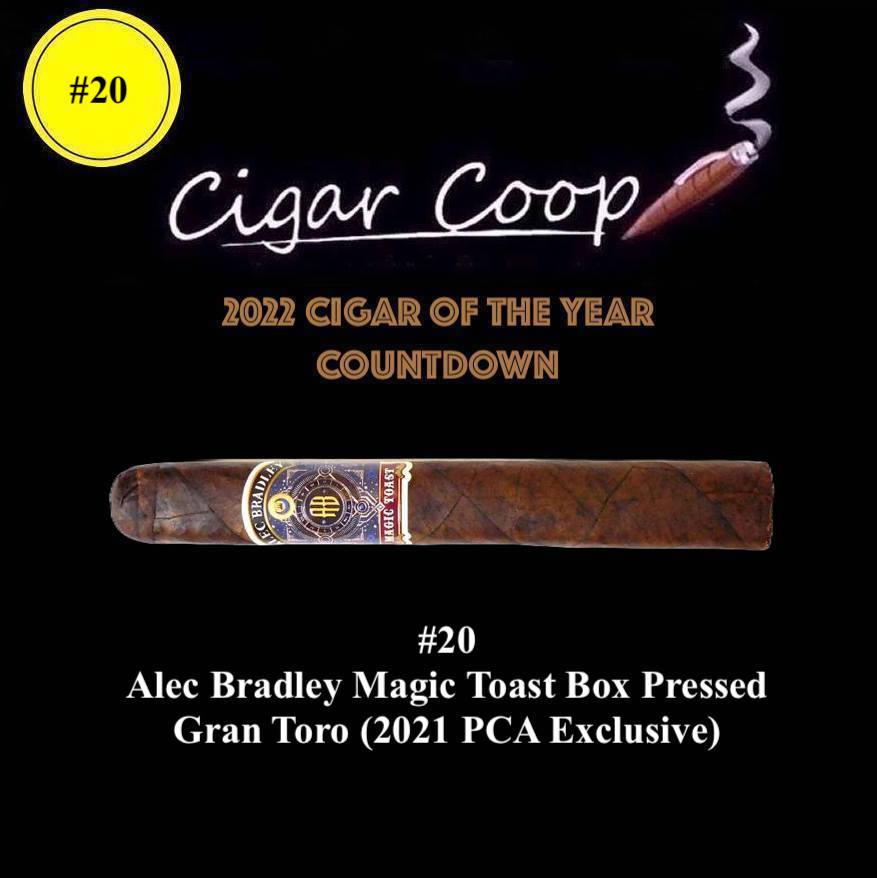 Coming in at #20 is the Alec Bradley Magic Toast Box Pressed Gran Toro. In an effort to generate more interest in the Premium Cigar Association (PCA) Trade Show, many companies committed to releasing exclusive offerings that could only be purchased by retailers attending the show. In 2021, the Premium Cigar Association (PCA) made an attempt to somewhat formalize these trade show releases into an exclusive series. One of those exclusive releases for the 2021 PCA Trade Show from Alec Bradley was a limited edition box-pressed Gran Toro version of its highly successful Magic Toast line – a line that landed on the Countdown in 2018.

The name Magic Toast traces back to when Alan Rubin and his partner Ralph Montero were down in Honduras at a tobacco field in the middle of the night. As they were looking at the area with a flashlight, Rubin noted how the experience was almost “magical.” Montero suggested they grab a bottle of whisky and propose a toast, thus the name Magic Toast. It also turns out that some of the tobaccos from that field would be incorporated into the Magic Toast cigar line. 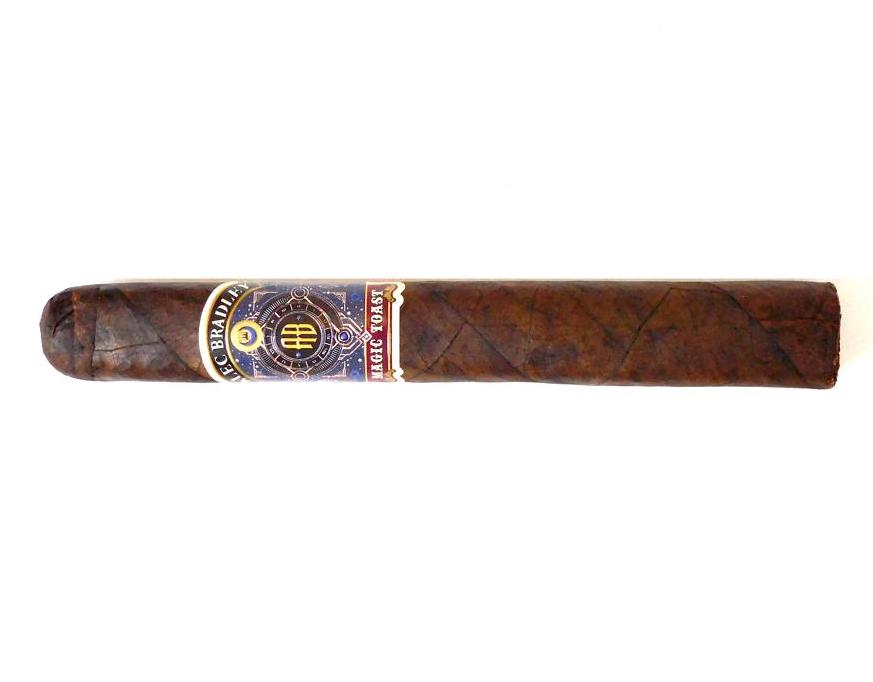 The Alec Bradley Magic Toast Box Pressed Gran Toro cigar delivered a medium-strength, medium-bodied smoking experience. The flavors delivered included earth, coffee, chocolate, bing cherry, citrus, and pepper. This blend transitioned very nicely to the box-pressed format. This was also a well-constructed cigar, and the draw on this cigar was one of the best on a box press (namely it had a touch of resistance).

For Alec Bradley, this marks the sixth year the company has placed a cigar on the Countdown. If you are following the reveal order, we have unveiled 11 cigars and this is also the first Honduran-made cigar to place on the 2022 Countdown.