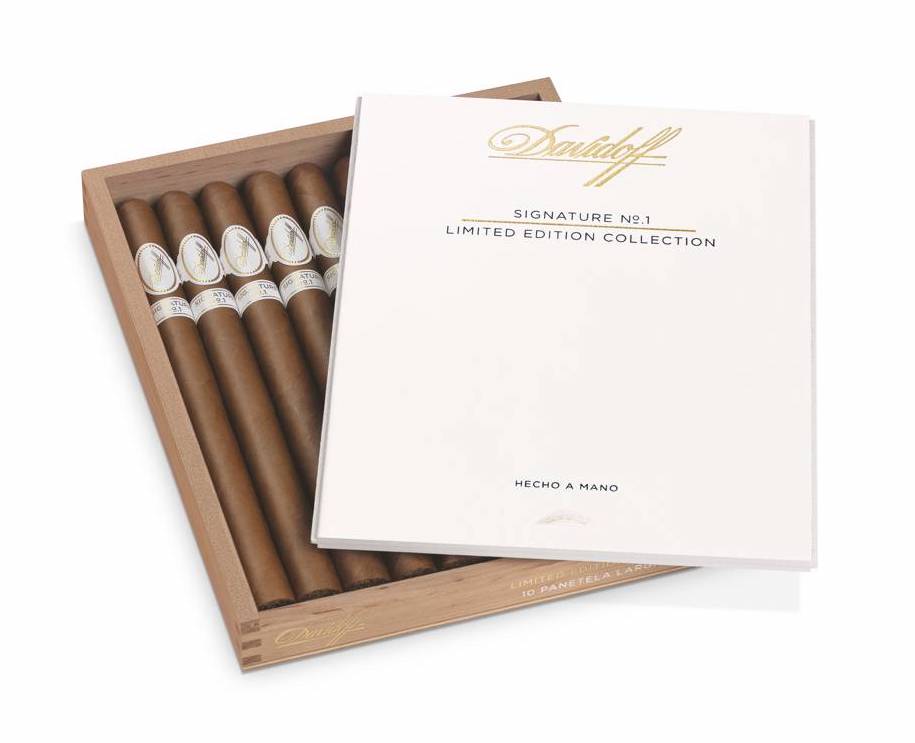 Davidoff has announced the return of a former regular production cigar, the Davidoff Classic No. 1, as a limited edition. The cigar is being re-released in a limited production run and will now be branded the Davidoff Signature No. 1.

Davidoff Signature No. 1 is a 7 1/2 x 39 panatela. It features an Ecuadorian Connecticut wrapper, an Ecuadorian Hybrid 151 binder leaf, and Piloto, San Vicente, and Hybrid 192 seco fillers from the Dominican Republic. The cigars will be available in ten-count boxes with a worldwide production of 15,000 boxes slated.

The Davidoff Signature No. 1 is scheduled to begin shipping on January 26th.