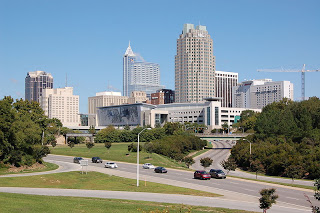 Tobacco and cigar enthusiasts have once again taken it on the chin.   I’m sure also the Pleasure Police are smiling at the smoking ban that was passed in Raleigh, NC.   This is a terrible defeat as our rights to enjoy a legal product are being taken away.

As reported a couple of weeks ago, the deck was stacked against tobacco enthusiasts when the Raleigh City Council voted to draft an ordinance on this.  Unfortunately, today’s vote (which passed 6-2) was the final nail in the coffin.  Raleigh City Councilmen John Odom and Thomas Crowder deserve kudos for being the only two to stand up for the rights of the people of Raleigh on this one as they voted against this ordinance.   The ordinance is scheduled to be implemented in July.

Under the new law, it prevents people from lighting up in city parks, greenways, and city-owned venues.  It doesn’t completely outlaw tobacco, but I assume that means smokeless tobacco.    It does allow enthusiasts to light up in city parking lots and in Nash Square and Moore square downtown.

This is a horrible decision.   On top of the ban, once again tobacco enthusiasts are relegated to second-rate conditions (heading out to the parking lot) to enjoy such items as a cigar.  To me, there is nothing more relaxing than being able to go to a park and enjoy a cigar.   Second-hand smoke? Please!   It’s well documented on how a lot of the numbers on the dangers of second-hand smoke were basically made up.   You mean to tell me there was not a single area in all of that city park space to be set aside for tobacco enthusiasts.

What can be done now?   Keep the pressure up on your representatives.   Hold the six members of the city council accountable for this come election time.   Show them by voting against them in the next election. This will tell them that they did not represent the interests of the people.  If you don’t live in Raleigh, then keep the pressure on your local politicians so they don’t try to implement an outdoor ban in your neck of the woods.

By the way, for folks who support this ordinance – just wait.  They will be coming after a lot of other things – food, drink, and even what you can say or wear.   You’ll see.  The Pleasure Police will not stop until they control every aspect of your life.   This passing of the ordinance sets the precedent for more to come.

Finally, thank you to Glynn Loope and the folks at Cigar Rights of America.   They really tried on this one, but unfortunately the deck was stacked against them.