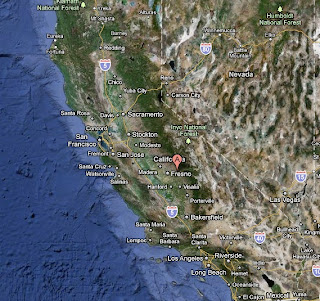 One thing I’ve mentioned in my campaign against the Pleasure Police is if you give them one inch, they will keep coming back for more.   Now, they have struck in California where there is a scary and dangerous piece of legislation that threatens the future of cigar enthusiasm on a statewide basis.

The bill is being proposed by two legislators – California State Senator Mark DeSaulniers, D-Walnut Creek, and Assembly Member and Chairman of the Majority Caucus, Jerry Hill, D-San Mateo.   This calls for statewide smoking bans that basically are the equivalent of prohibition.

The SB 575  bill calls for a tobacco ban on: all retail tobacco businesses, private clubs, hotel lobbies, bars, taverns, banquet rooms, warehouse facilities, and employee break rooms.  In other words, your worst nightmare if you are a cigar enthusiast.

Now keep in mind Savannah, Georgia has already done this, but this is now on a statewide basis.  We’ve all seen the domino effect of what happened in New York with the Outdoor Smoking Ban.  With Arnold Schwarzenegger not in office, there is a risk that Jerry Brown might not veto it.

Cigar Rights of America has wasted no time in mounting a counter-attack.  You can read about it here as well as Glynn Loope’s thoughts on this.

I am also calling on Hollywood’s own Whoopi Goldberg to take a stand on this.  She did a good job ripping New York and now its time for her to put her words into action.   You might think I’m joking here, but here is a chance for someone to make a difference.