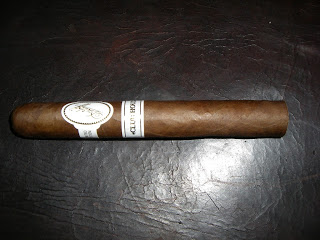 Davidoff is getting ready to launch another limited edition cigar.   This one is called the Davidoff Masters Edition 2013 Club House Toro.  Information on this cigar was reported in the May 14, 2013 Cigar Insider.

The Davidoff Masters Edition 2013 first made an appearance at the 2013 ProCigar Festival this past February in the Dominican Republic.  The cigar gets its name because of the the box design which has a slight “golf” look to it.

According to the article, the cigar will ship to retailers by the end of May.

The Davidoff Masters Edition 2013 Club House Toro will be made available in a single size measuring 6 1/4 x 52.