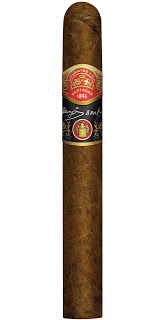 At the 2013 IPCPR Trade Show, General Cigar’s Partagas line has announced their fourth vitola to be released in the Benji Menendez Master Series line.  This one is a robusto – and this one is scheduled to be released this November.

It was in 2009, when the Partagas Benji Menendez Master Series line was first released.  The cigar is named for General Cigar Senior Vice President, Benjamin “Benji” Menendez.  Menendez comes from a storied cigar family in Cuba.  In fact, Menendez was active in the Cuban cigar industry prior to the embargo.  Benji’s father Alonso created the Montecristo #2 and Montecruz brands in Cuba.  The Menendez family would eventually relocate to Brazil and would found the Menendez Amerino factory.  Benji would eventually move on to General Cigar.

The original Benji Menendez Master Series was released in limited production corona gorda size called the Majestuoso.  That cigar would finish as our #14 Cigar for 2009.  In the past 18 months, addition limited production vitolas would be released in an LX 60 (a Toro commemorating Menendez’s 60 years in the industry) and a Churchill called Prominentes.  The Majestuoso was recently brought back for another limited run. 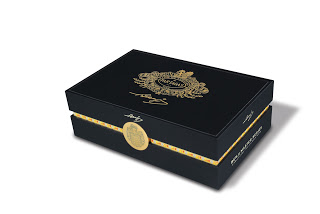 At a glance, here is a look at the Partagas Benji Menendez Master Series.