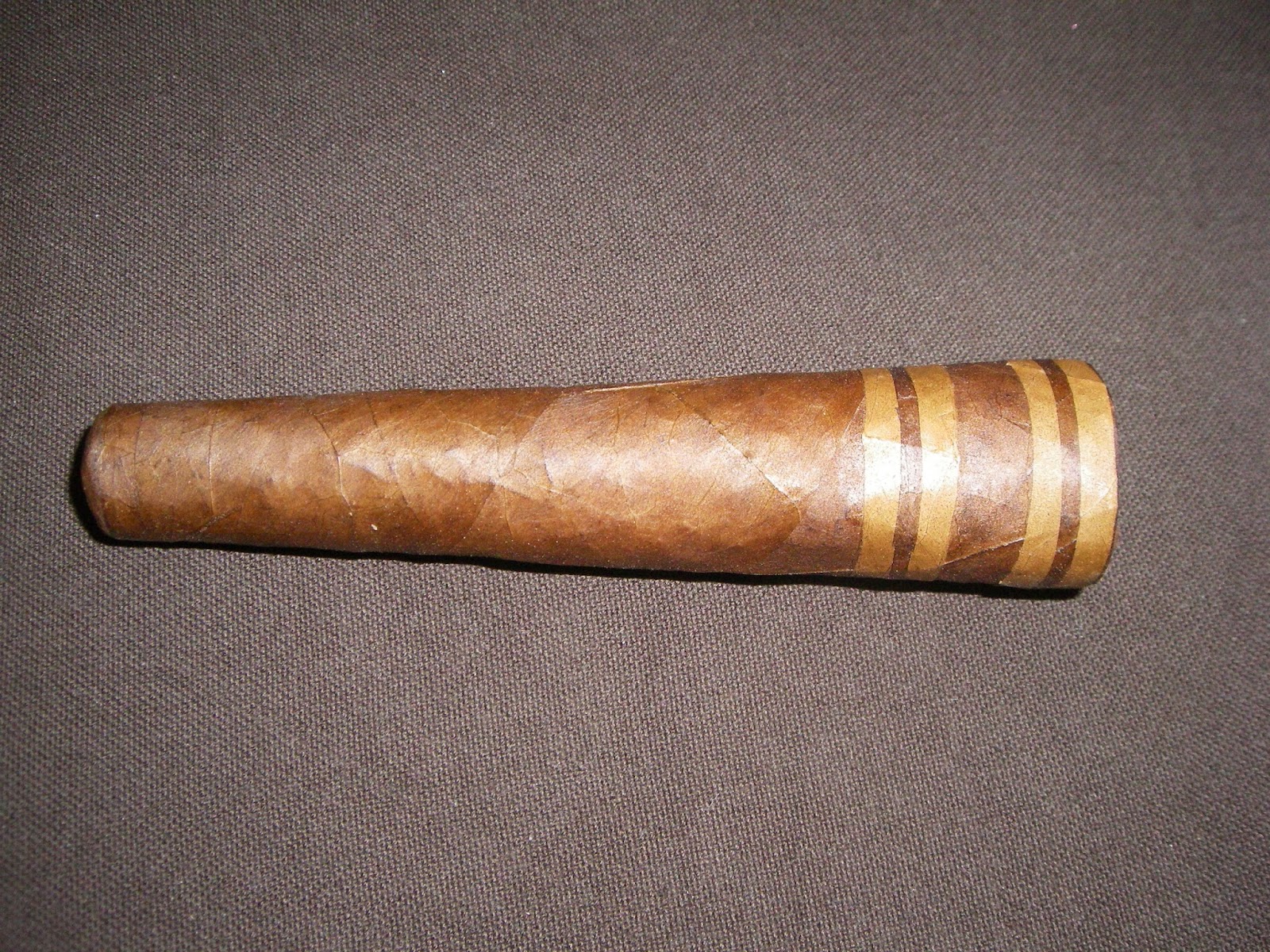 The CRAFT 2013 – La Campana de Panama Soberana represents the first release of RoMa Craft Tobac’s CRAFT line.  This marks RoMa Craft Tobac’s launch into the limited edition game.  Since it’s formation in 2012, RoMa Craft Tobac has focused on building its core lines – CroMagnon, Aquitaine, Intemperance BA XXI and Intemperance EC XVIII.  2013 has been primarily a year where RoMa Craft Tobac has solidified the lines.  While the company has made some event only and retail exclusive cigars, they had yet to make a full splash with a limited line – until now.  The first release of the CRAFT line is called CRAFT 2013 – La Campana de Panama Soberana.  As we will see this is not only a unique cigar to look at visually, but it also provides a unique smoking experience.

The name La Campana de Panama Soberana comes from the church bells in the neighborhood of Panama Soberana in Esteli Nicaragua – the city where RoMa Craft Tobac co-owner Skip Martin also is an owner with the Nica Sueno factory.  Looking at the cigar, it sort of resembles a bell or a trumpet with its unorthodox shape.  The name CRAFT is also appropriate here as the La Campana de Panama does not use any cigar molds during the construction process.  It also features some strips of tobacco on the footer almost creating a saturn-like ring effect.

Without further ado, let’s take a closer look at the CRAFT 2013 – La Campana de Panama Soberana and see what this cigar brings to the table.

The blend to the CRAFT 2013 – La Campana de Panama Soberana uses tobaccos with origins found on the CroMagnon, Aquitaine, and Intemperance line.  The only country of origin not represented on the CRAFT 2013 is Indonesia (which was used as a binder on the Intemperance).

The CRAFT 2013 – La Campana de Panama Soberana is available in a single vitola – a horn-like shaped cigar that is 5 x 60 (60 at its widest point by the footer).  While the cigars we smoked were from a soft-launched bundle, the plan is for the CRAFT 2013 to be packaged in boxes of 10.

The CRAFT 2013 – La Campana de Panama is dominated by the coffee bean colored Ecuadorian Habano wrapper.  As mentioned, near the footer are strips of light brown Ecuadorian Connecticut Shade and medium brown Brazilian Arapiraca going around the circumference of the cigar.  I found it difficult to distinguish a color difference between the Ecuadorian Habano wrapper and Brazilian strips.  The strips aren’t perfectly arranged on the cigar, but it gives the cigar some charm – and a true handcrafted effect.

The Ecuadorian Habano wrapper has a slight oily sheen.  There are some visible veins and visible wrapper seams on the surface.  The footer of the CRAFT 2013 is covered. 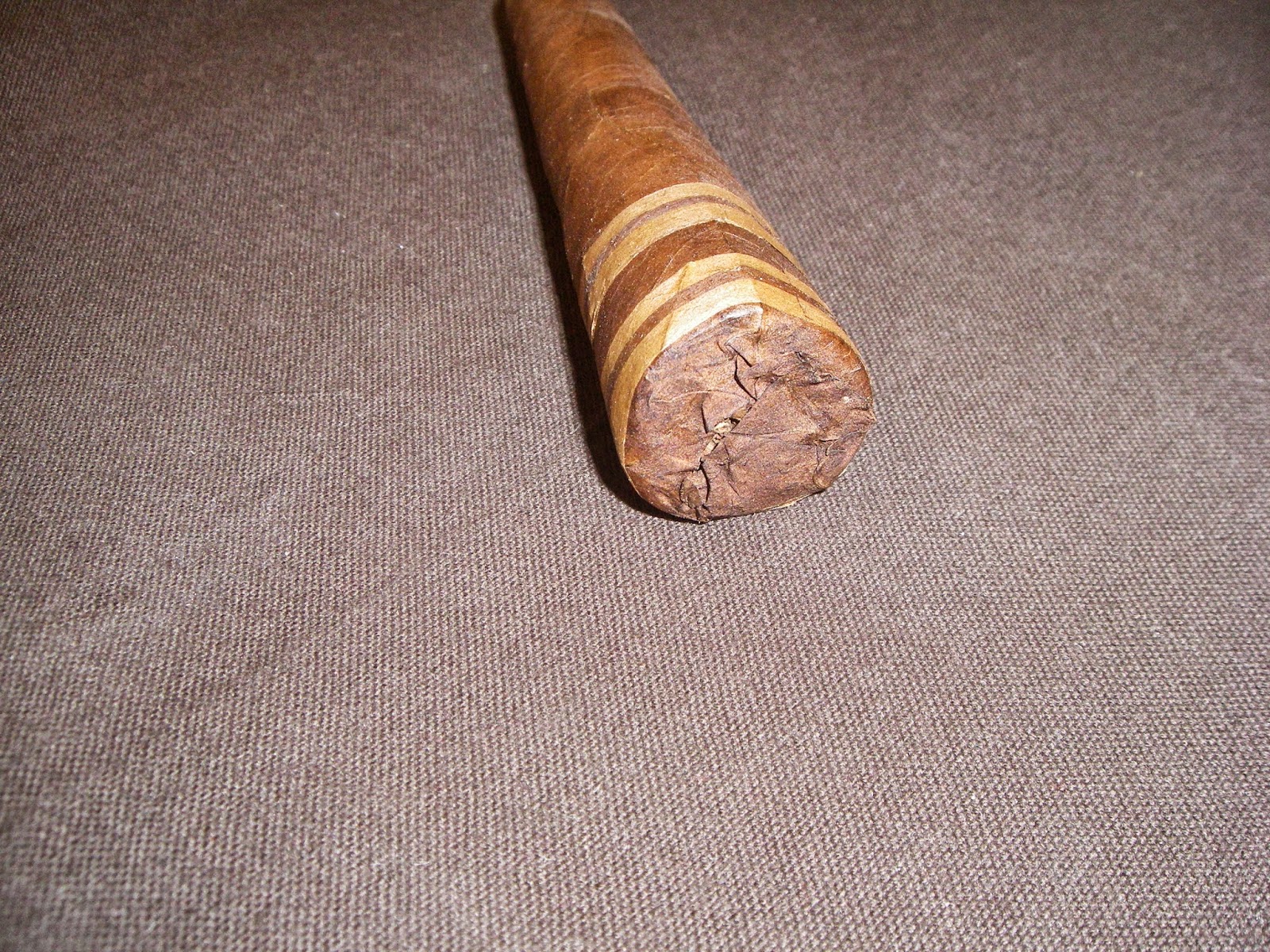 The CRAFT 2013 also has a loose cellophane coned-shaped sleeve that covers the sides, but is open on the head and foot.  This protects the wrapper and can easily be slid off without damaging the wrapper, strips, or cigar itself.

While this was a most unorthodox looking cigar, I still opted to be traditional with the way I started things off.  Therefore, I went with my usual choice of a straight cut to clip the cap. I then proceeded with the pre-light draw.  The dry draw flavors were not overly complex – yielding notes of coffee and pepper.  However, this was a still a good pre-light draw.  At this point, I was now ready to light up my CRAFT 2013 – La Campana de Panama Soberana and see what the smoking phase would deliver.

The start to the CRAFT 2013 provided a strong dose of black pepper.  As the pepper receded, notes of mocha surfaced and slowly increased.   The mocha gave the CRAFT 2013 a nice sweetness that was almost maduro-like.   By about the ten percent point, the pepper and coffee and cocoa notes were on par with each other.  On the retro-hale, I could definitely detect the black pepper.

In the last third, the mocha sweetness had dissipated, but it still remained flavorful. The CRAFT 2013 had notes of natural tobacco, pepper and now some secondary wood notes.   There was no harshness as the cigar experience came to a close.  The resulting nub was slightly lukewarm and soft to the touch.

The CRAFT 2013 is what I term an “artesian vitola”.  I personally define an artesian vitola as anything that is an unorthodox sized or shaped cigar that is meant to be smoked.  In other words anything that is not your standard parejo, figuardo, or diadema.  My personal opinion, these cigars are visual works of art, but they can be a pain in the neck when it comes to burn.

From a burn perspective, the CRAFT 2013 did give me some problems out of the gate.  I found the burn to be uneven in the early first 10 percent.  It is possible the combination of the covered foot with the tobacco strips near the footer didn’t help.  After the first 10 percent, the CRAFT 2013 improved quite a bit and only needed an occasional touch-up.   The resulting ash was white in color.  It was prone to some occasional minor flaking throughout the smoke.  The burn rate and burn temperature were ideal. 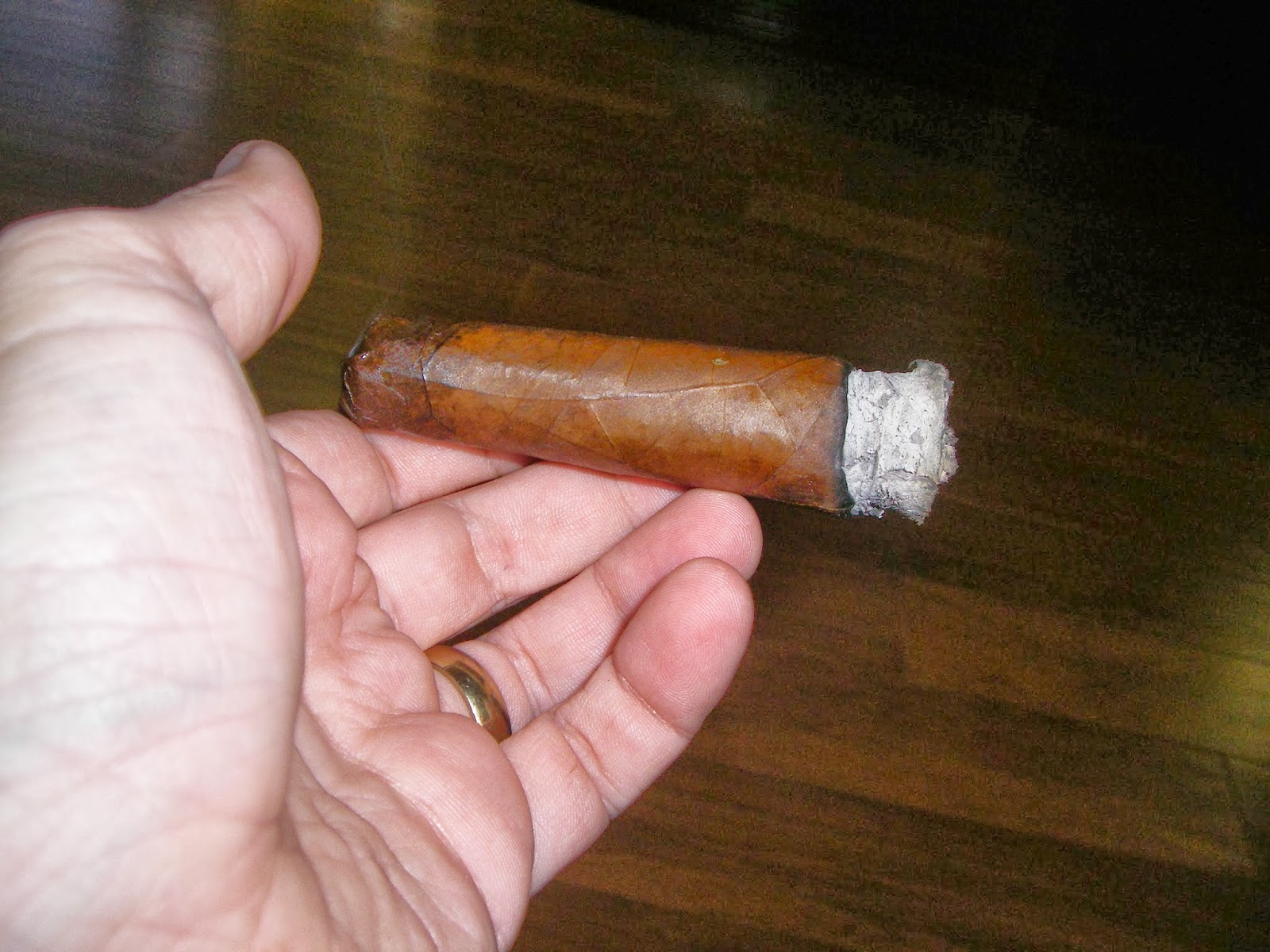 The draw to the CRAFT 2013 was excellent.  Despite the unorthodox shape, I found the cigar a low maintenance cigar to draw on.  It was not a loose draw and it was not a tight draw.  For a cigar that no mold was used for, a lot of care was taken into ensuring an excellent draw.

I found the CRAFT 2013 – La Campana de Panama Soberana to have some firepower and weight on the tongue.  From a strength perspective, I felt the CRAFT 2013 had enough strength to be considered a full strength smoke right out of the gate – and it remained that way as the cigar experience progressed. The flavors were also on the robust side, and I assessed them to be full-bodied.  I was actually surprised how full this cigar was from a strength and body perspective right out of the gate.  The strength and body counter each other very well throughout the whole cigar experience with neither attribute having an advantage over the other.

Overall, I was very impressed with the CRAFT 2013.  I really enjoyed the flavors of this cigar. While I still love smoking parejos, I could not help to admire the artistic qualities of the shape of this cigar.  When you bring this cigar to the table, it will stand out and people will know that this is something special.  While I did have some of the burn issues up front, there are still a lot of great things to say about this cigar – and the pluses easily outweigh the minuses in terms of scoring. Given this cigar was on the fuller side of strength and body, I’d still probably recommend this to a more seasoned cigar enthusiast.  As for myself, this is definitely a cigar I’d smoke again – and go for a box split of.

Source: The cigars for this assessment were purchased from Outland Cigars in Charlotte, NC.