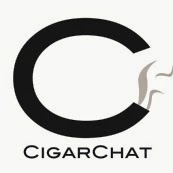 Crowned Heads and Cigar Chat will be partnering on an exclusive cigar.  The cigar will be called Texacali.  The timeframe for this cigar is targeted for September, 2014.  The announcement was made on the April 22nd, 2014 Cigar Chat in which Crowned Heads co-founder Jon Huber was a guest.

The name Texacali pays homage to Cigar Chat hosts Logan Lawler and Rob Rasmussen who hail from the states of Texas and California respectively – thus the name Texacali.

Details of the blend are sizes are still being determined.

The concept is meant to be part of what is intended to be the start of a “Cigar Chat Inspiration Series”.  According to Lawler, the idea behind a Cigar Chat cigar is “to work with guys like Jon who have came on the show and have been very gracious to us, but have drawn some information from being around Rob and I or from Cigar Chat.  From that Jon came up with the concept of the cigar.”

“This cigar is dedicated to you guys for supporting the show,” added Rasmussen.

While the name Texicali references the connection of Texas and California between Lawler and Rasmussen, Huber added, “It also evoked that spicy type of profile that we wanted to go for with this blend.”

Cigar Chat is a show broadcast on Cigar Federation and Armed Forces Radio Network.  Earlier this year, Cigar Federation launched The Collective.  Both Lawler and Rasmussen did mention this cigar would be more focused around the Cigar Chat brand.