General Cigar Company has been known in recent years to pull out all of the stops when it comes to packaging. The packaging of the Partagas 1845 Extra Fuerte remains consistent with the line. The packaging features an acrylic slid top lid. The box itself can be propped up. There is an open slot in the front by which the cigars can slide down.

Without further ado, let’s take a closer look at the Partagas 1845 Extra Fuerte and see what this cigar brings to the table:

The Partagas 1845 Extra Fuerte is based off the Partagas 1845 Heritage that was introduced two years ago. While it contains a similar tobacco profile; the Extra Fuerte will utilize tobaccos from higher primings, contain extra ligero, and its tobaccos will have extra barrel aging and fermentation.

The Partagas 1845 Extra Fuerte was launched in four sizes:

For this cigar experience, I smoked the Partagas 1845 Extra Fuerte in the Robusto Gordo size. The Ecuadorian Habano wrapper of the Extra Fuerte has almost a caramel color to it. There is a fair amount of oil on the surface of this wrapper. The wrapper seams are well hidden, but there are several wrapper seams that are visible.

The band follows suit with the rest of the Partagas 1845 line. It features a similar horizontal design, but the difference is the Partagas 1845 has a black and silver color scheme. At the center of the band is a silver eagle. There is a black ring surrounding most of the eagle (its wings do cross the ring on the left and right). Across the top of the ring is the text “Partagas” in silver. Under the eagle and intersecting the black ring, there are two concentric ovals with black background and silver borders Inside the middle oval it says “1845” in a silver etched style on a black background. The oval has the text “FLOR DE TABACOS” across the top part and “CIFUENTES Y CIA” on the bottom – both in silver font. There is additional black and silver around the rest of the band.

As I normally start a cigar experience, I went with a straight cut to commence things. Once the cap was removed, I proceeded with the pre-light draw. The dry draw provided me plenty of earth notes. There was also a citrus/pepper combination that provided a tingling sensation on the tongue. Overall I considered the pre-light experience of the Partagas 1845 Extra Fuerte to be positive. At this point I was ready to light up this cigar and see what the smoking phase would have in store.

The Extra Fuerte started out with notes of earth and grass. I also picked up some secondary notes of citrus and pepper. The citrus notes were subtle and did not exhibit any signs of youngness in the blend. The pepper was also subtle on the tongue, however on the retro-hale it was much more sharper.

By the end of the first third of the Extra Fuerte, the earth notes took on almost a bread-like component. The pepper and citrus increased, but were still a secondary note. The pepper was delivering some more sharpness on the tongue.

On the last third of the Extra Fuerte, the pepper notes took over as primary notes. The earth notes became secondary. There still were also some notes of citrus present. This is the way the flavor profile would hold until the end. While the end was spicy, it was not harsh. The resulting nub was ideal – firm to the touch and cool in temperature.

I found this cigar to score very nice for the attributes of burn and draw. The burn of the Partagas 1845 Extra Fuerte to be sharp from start to finish – requiring minimal touch-ups along the way. The resulting ash was also tight and firm. The ash itself had a mostly white color with some dark speckling mixed in. The burn rate and burn temperature were ideal. 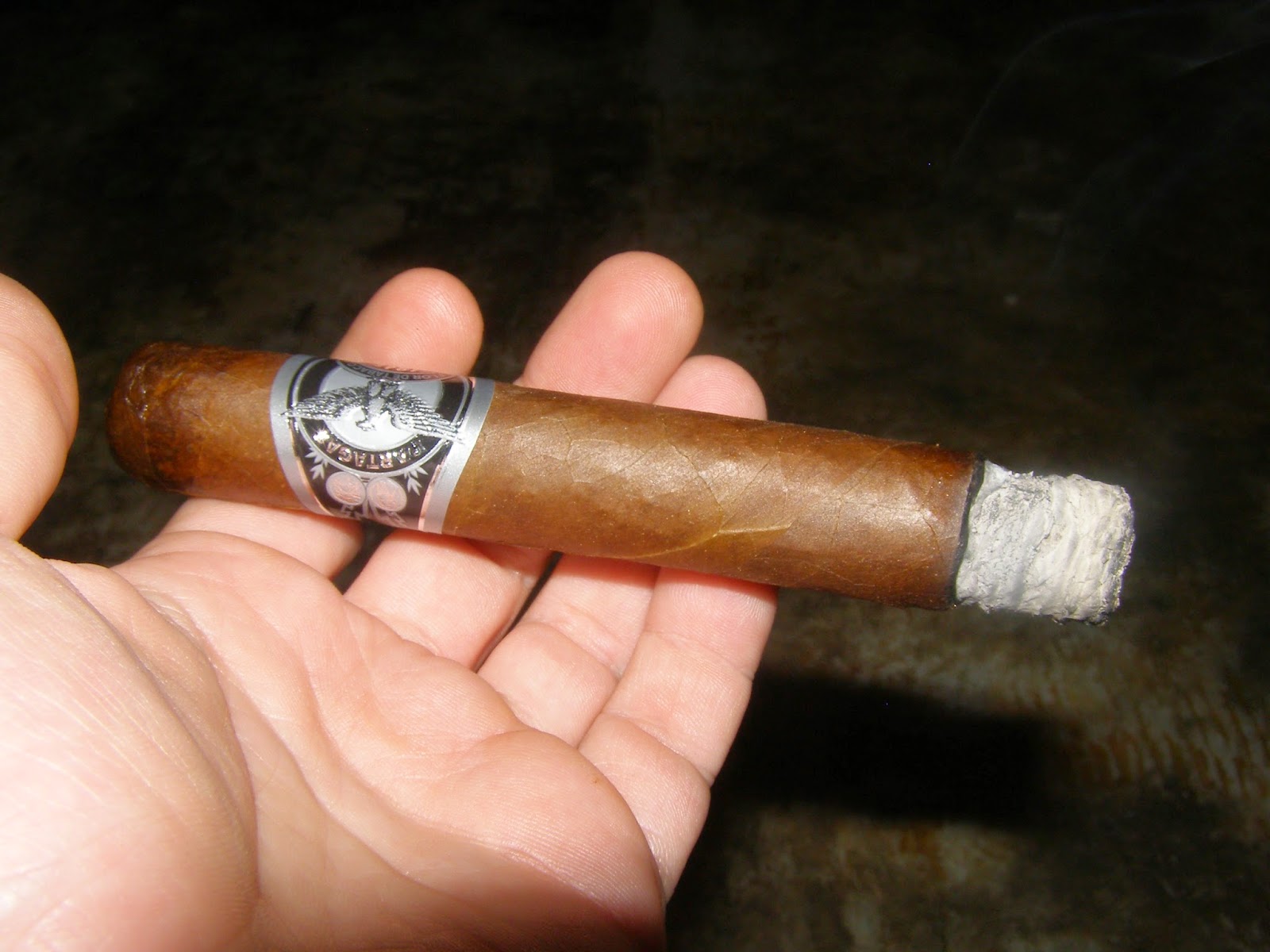 The draw to the Extra Fuerte was excellent. It had a touch of resistance to it – something I very much enjoy when puffing on a cigar. This made the Partagas 1845 Extra Fuerte a very enjoyable cigar experience.

Originally, when I first assessed the Partagas 1845 Heritage, I found this to be mostly a medium to full strength and full-bodied cigar. There were even times the strength surprised me on the Heritage. However, with some aging over time, I found that cigar to be slightly dialed back more into the medium/medium to full range for strength and body.

Overall I found the Extra Fuerte to have a slight edge of body over strength.

Overall I did find the Partagas 1845 Extra Fuerte to be a positive experience. The one thing I was expecting was for this to be “amp’d up” from the Partagas 1845 Heritage – after all higher primings and more ligero was being used. I really didn’t get a huge difference on the Extra Fuerte. The big difference was that I felt the spice was much sharper and more prominent – especially in the second half. The other thing was the Extra Fuerte seemed to lack the complexity that the Heritage had. Construction-wise, I was impressed with this cigar.

This is probably a cigar I’d still steer more toward an experienced cigar enthusiast as it still does have a fair share of strength, body, and spice. As for myself, it’s a cigar I might occasionally reach for. It definitely is a “try one” in my book.

The cigar for this assessment was given to Cigar Coop by General Cigar Company.  Cigar Coop is appreciative for the sample, but this does not influence the review.