La Aurora Cigars will be releasing a new Connecticut Broadleaf wrapper cigar. The La Aurora Untamed will make its official debut at the 2014 IPCPR Trade Show in Las Vegas. The cigar is being positioned as the most full cigar in the La Aurora portfolio to date. Information on this cigar was first reported by Cigar Insider and Cigar Aficionado.

“We designed a new box for La Aurora.  It’s gonna have a bigger, more aggressive lion… When I saw the box in Miami, it impressed me. I said ,let’s show this to Guillermo (Leon, La Aurora President), said Miranda who added,”They showed it to Guillermo, Jason Wood went to the Dominican Republic and Guillermo loved it…it’s the new lion in La Aurora.” 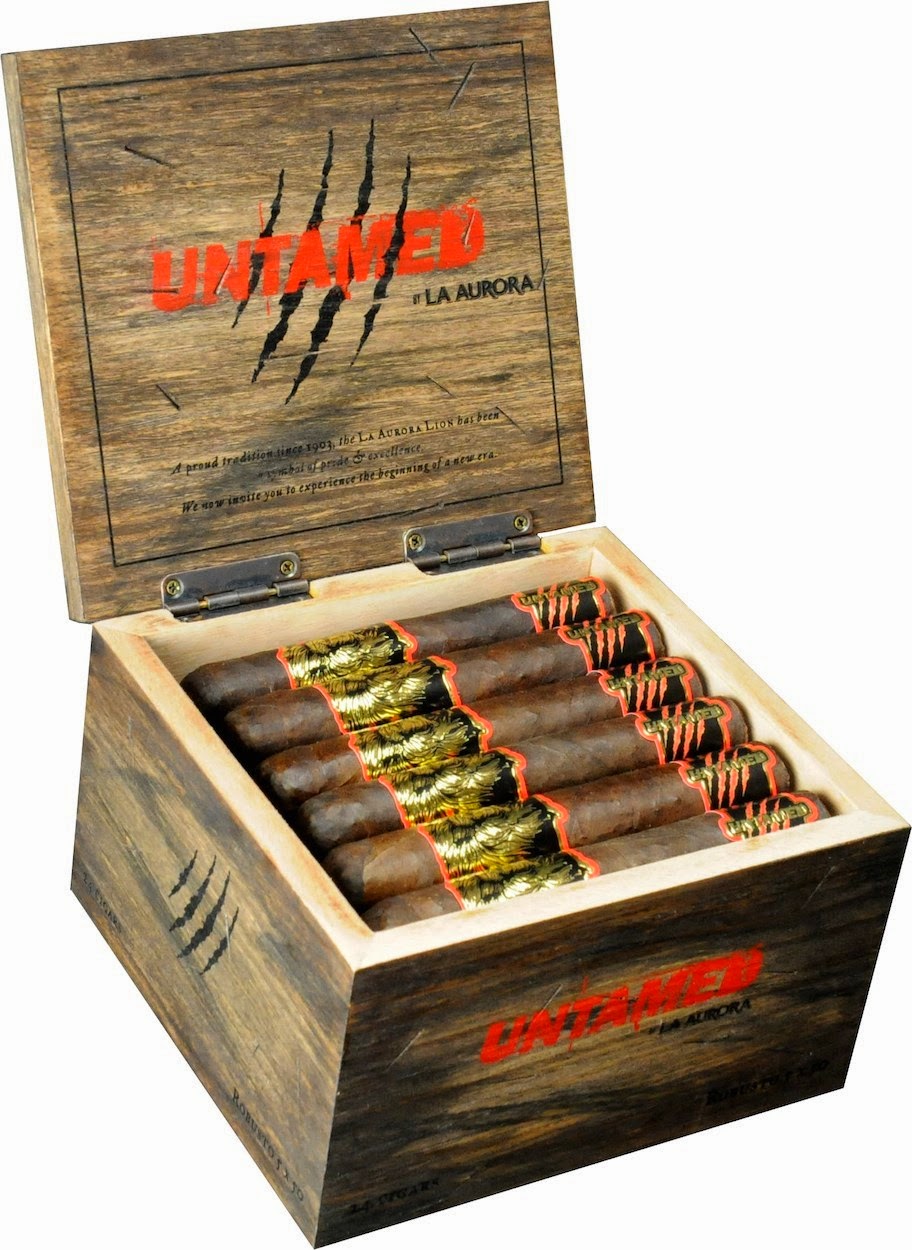 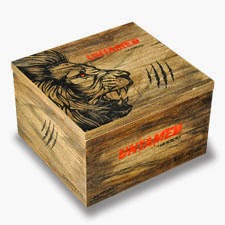 The cigar was blended by master blender Manuel Inoa and his team.  The blend features tobacco selected specifically for this project.  Since the year 2000, La Aurora has been searching for what it calls “the ideal tobacco” to enhance the strength the cigar with our sacrificing La Aurora’s signature flavor.

Connecticut Broadleaf releases have been popular by La Aurora in the past couple of years.  In 2012, the company launched the Preferidos 1903 Edition Diamond and the  La Aurora Cien Anos Edicion Especial  (our 2013 Cigar of the Year).  Last year the company launch the long awaited La Aurora 107 Maduro.

A a glance, here is a look at the La Aurora Untamed as reported by Cigar Aficionado: