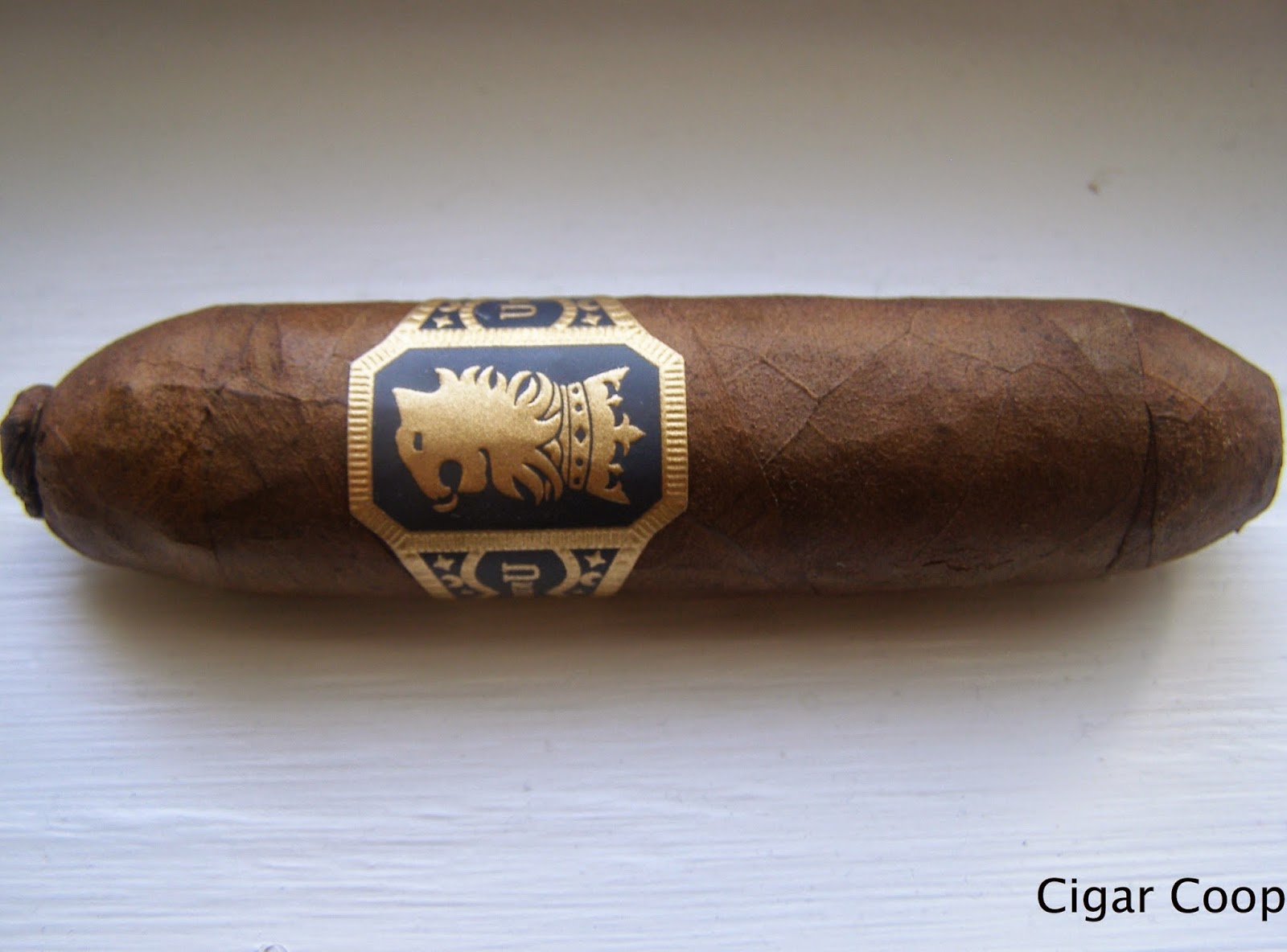 Drew also commented on the photo, “I’m amped up to bring some of the pre release UCFP boxes to the event with Oxmoor Smoke Shop in Kentucky on June 18th, 2014. Hope to see ya there if your nearby. “

Drew Estate’s Flying Pig is a small 60 ring perfecto-sized cigar that typically has been made available in limited batches. The Undercrown Flying Pig measures 3 15/16 x 60.  It was introduced over four years ago with a blend based on the Liga Privada No. 9 blend (appropriately called the Liga Privada No. 9 Flying Pig). In 2010, the Flying Pig format was released based on the T52 blend (appropriately called the Liga Privada T52 Flying Pig). In 2012, Drew Estate’s Undercrown blend was made a limited regional release to the Netherlands, but had only been released in very small batches, most notably a small batch was made for Cigar International back in September, 2013.

Drew commented that the cigars will be in pre-release boxes for sale, but said there would not be many.

It is anticipated the Undercrown Flying Pig will be only available in limited batches.