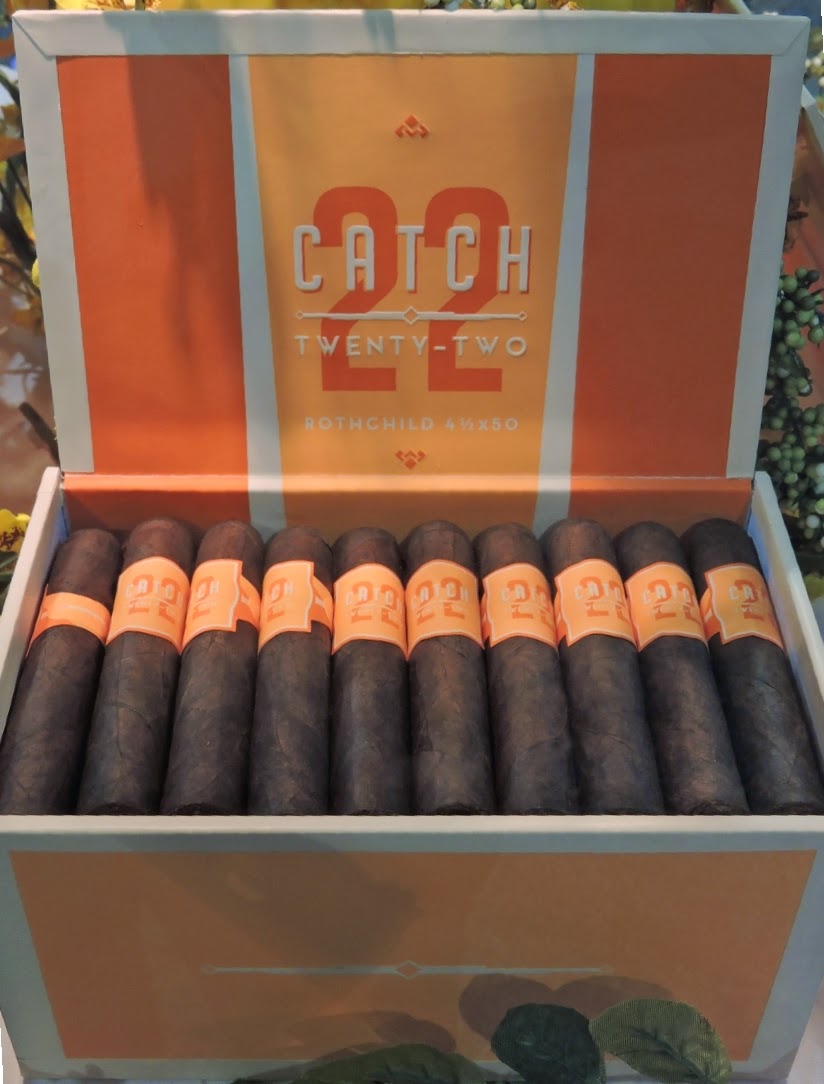 The name Catch Twenty-Two is because the company says that this is a cigar being sold for less than it is actually worth, thus that’s the “catch”.  In fact, all of the cigars have an SRP of under $5.50.  The “Twenty-Two” comes from the fact that three of the four sizes are being sold in boxes of 22.

The cigars themselves have an orange – colored packaging scheme.  Orange has been noted to be Rocky Patel’s favorite color.

The Catch Twenty-Two joins the Super Ligero, Decade Cameroon, and Prohibition as the new releases launched at the 2014 IPCPR Trade Show by Rocky Patel.

At a glance, here is a look at the Catch Twenty-Two by Rocky Patel:

The Rocky Patel Catch Twenty-Two comes in boxes of 22 except for the Rothchild size which comes in 50 count boxes.