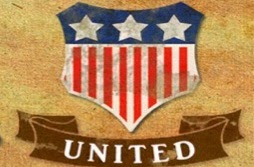 United Cigar Retailers is getting ready to release a cigar to coincide with “Shark Week”, a week long television festival on the Discovery Channel dedicated to sharks.  The Great White will make its debut on August 10th – the start of what has been designated Shark Week.

The Great White will feature a Brazilian wrapper According to United Cigar Retailers, “Each year, Shark Week dominates the cable tv ratings and we began to think, how great would it be to have a cigar that captures the excitement of this annual phenomenon. We opted for a Brazilian wrapper because of all the shark attacks in this region of the world. The blend captures the strength of the Great White, and it is capped off by a band that represents the fin”

At a glance, here is a look at the Great White:

The Great White is being made in Nicaragua at an undisclosed factory: