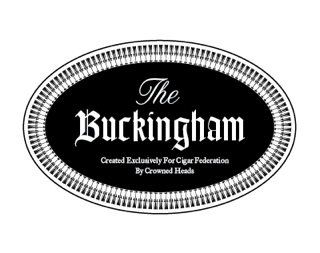 The long awaited Crowned Heads release for Cigar Federation is about to be released.  “The Buckingham” by Crowned Heads will be a limited production release exclusively for the online social community.  The cigar will be produced out of the My Father Cigars factory in Esteli, Nicaragua.

The cigar will be produced in one size, a 6 x 46 Corona Gorda and feature a San Andres Mexican wrapper over Nicaraguan binder and filler.  The cigars will be unbanded and packaged in ten count mazos with a total production of 2,000 cigars made.

It was back on the April 22nd 2014 edition of Cigar Federation’s Cigar Chat show when an announcement was made of an exclusive cigar by Crowned Heads for the online community. The cigar was originally planned to be called TexiCali, however the name was changed to “The Buckingham” to be symbolic of the sale of Cigar Federation to Cigar Chat co-host Logan Lawler.

“The name Buckingham is symbolic of changing of the guard,” told Lawler to Cigar Coop, “I am super excited Crowned Heads was willing to do this small batch project with us. I wanted to do this project with Crowned Heads because our members love their cigars so much, and knew they would create something special for us.” 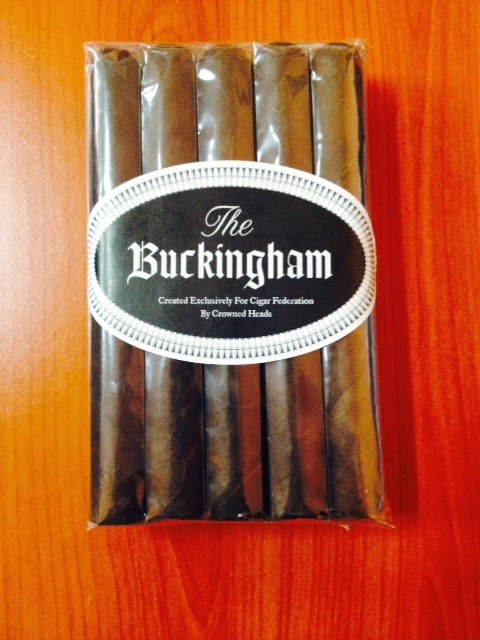 2014 has proven to be a very busy year for Crowned Heads who have worked on several limited production and regional exclusives including: The Angel’s Anvil (a 2014 release for the TAA), the annual limited edition Las Calaveras, Arrington Vineyard Double-W (an exclusive to Arrington Vineyards in Tennessee), Headley Grange Snaredrum (for Federal Cigar in New Hampshire), and Hecho Con Corazon (a limited release for Hickory Cigar Club), Tennessee Waltz (a regional exclusive for the state of Tennessee), and the Mason Dixon Project (two regional cigars for the northern and southern U.S.).

At a glance, here is a look at the Buckingham by Crowned Heads.

The Buckingham will be available in one size – a 6 x 46 Corona Gorda.