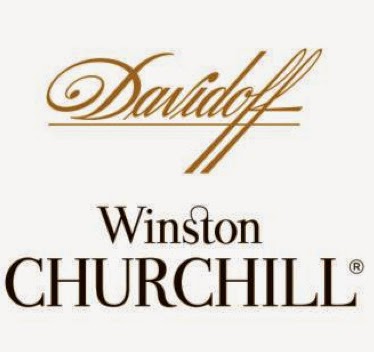 Last month, word surfaced that Davidoff was planning to re-launch its Winston Churchill line. The brand is getting a new name – Davidoff Winston Churchill and will have not only revamped packaging, but a whole new blend.  On December 8th, a pre-launch event was held in New York City where the details around the re-launch were unveiled.

Plans for the the new Davidoff Winston Churchill to make their way to U.S. Appointed Merchants in February, 2015 and worldwide the following month.

It was back in late 2007 when Davidoff launched Winston Churchill Cigars.  The line is a tribute to Sir Winston Churchill, the famed British Prime Minister.  The project was done in collaboration with Churchill’s grandson, Winston Spencer-Churchill.

“We feel sure that Sir Winston would have enjoyed sharing one of these exceptional cigars which surely do justice to one of the most celebrated cigar lovers in history: The Aristocrat, The Artist, The Commander, The Raconteur, The Statesman, The Traveler – these are cigars of character,” said Hans-Kristian Hoejsgaard, CEO of Oettinger Davidoff AG.

Randolph Churchill, Sir Winston’s great-grandson said: “A great cigar was Churchill’s favourite travelling companion and, whether he was being Statesman, Commander, or dinner party guest, he was rarely without one. As a descendent of American pioneers, through his mother Jennie Jerome of New York, and of aristocratic British military figures – the Dukes of Marlborough – through his father, he knew the significance of history and the value of time. And he always had time for a cigar.”

In addition to the rename to Davidoff Winston Churchill,  a silhouette of Churchill will now adorn the packaging and be part of the branding.

The Winston Churchill is the second brand to receive a makeover in as many years.  Last year, a major revamping occurred to the Camacho brand.  Davidoff also has plans for a makeover with the Avo brand in early 2015.

At a glance, here is a look at the details around the revamped Davidoff Winston Churchill cigar.

The wrapper is an Ecuadorian Rojiza wrapper.  This has been seen on other Davidoff brands – most notably on the Zino Platinum Collector’s Edition 2013 – The Make of New York

The Davidoff Winston Churchill is launching in four sizes.  Each size will be available in 20 count boxes.