Assessment Updates will be posted on this web-site to: 1) Assess “pre-review” cigars that were not given a rating or score (typically pre-release cigars); 2) Provide numeric ratings to cigars previously assessed prior to the implementation of the numeric scoring system; 3) Provide a re-assessment and re-score of previously assessed/score cigars. Today, we provide an assessment rating and score to Nomad Cigar Company’s Nomad S-307 in the Robusto size. This was a cigar we originally assessed back in November, 2013 in the Toro size. 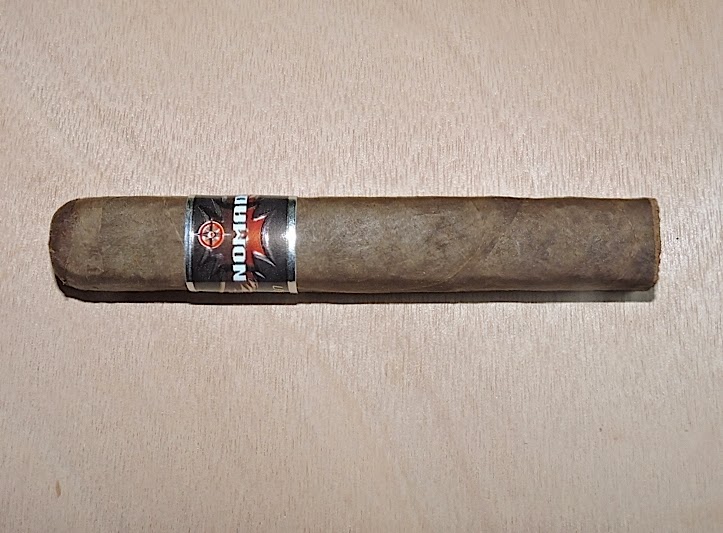 The Nomad S-307 marks the third blend released by Nomad Cigar Company and the second blend out of the country of Nicaragua. It also marks the second regular production line to be released by the company and first box-pressed line.  The name is derived from the fact it uses an Ecuadorian Sumatra wrapper (thus the “S”) while the 307 represents the approximate size of the area (in miles) of the region of the Nicaraguan region where tobacco is grown.

The S-307 combines an Ecuadorian tobacco for the wrapper (Sumatra) and binder (Habano) over Nicaraguan fillers.  The line was originally launched in three sizes and expanded to five in 2014.  Flavor-wise the S-307 delivers a smooth mix of cedar, pepper, and raisin notes on both the tongue as well as on the retro-hale.  It seemed like age gave this cigar a little more in the way of spice – and this was more evident on the Robusto.  The strength and body are both medium.  The burn and draw were outstanding.

Overall this has become a great any time of the day cigar, and one of the more solid lines under the House of Emilio umbrella.