For the fourth consecutive year, we provide the Cigar Coop selections for Best Aged Cigar. The purpose of this category is to look at some cigar lines that were released the previous year, and see the impacts of age on them. This is a unique category not often seen, but one we feel as important as finding the best new cigars of the year.

1) The cigars must have been new blends and have met criteria to be eligible for the 2013 Cigar of the Year Countdown.
2) They must be cigars that have been smoked during the 2013 Cigar Year, and at least one other time during the 2014 Cigar Year on Cigar Coop. A minimum of six months must have passed from the first time smoked.
3) This is not an exhaustive assessment. In other words, it is based on the sampling of cigars smoked again in 2014. By no means are we claiming to have smoked every cigar from the previous year again.
4) Cigars are listed by blend, not individual vitola. We are not claiming to smoke every frontmark for this aging assessment.
5) In each case where an aging assessment is done, there is at least one “vitola to vitola” comparison done to ensure an apples to apples comparison has been done.
6) Due to scoring changes between 2013 and 2014, a scoring comparison was not included.
We present this year’s list in reverse order: 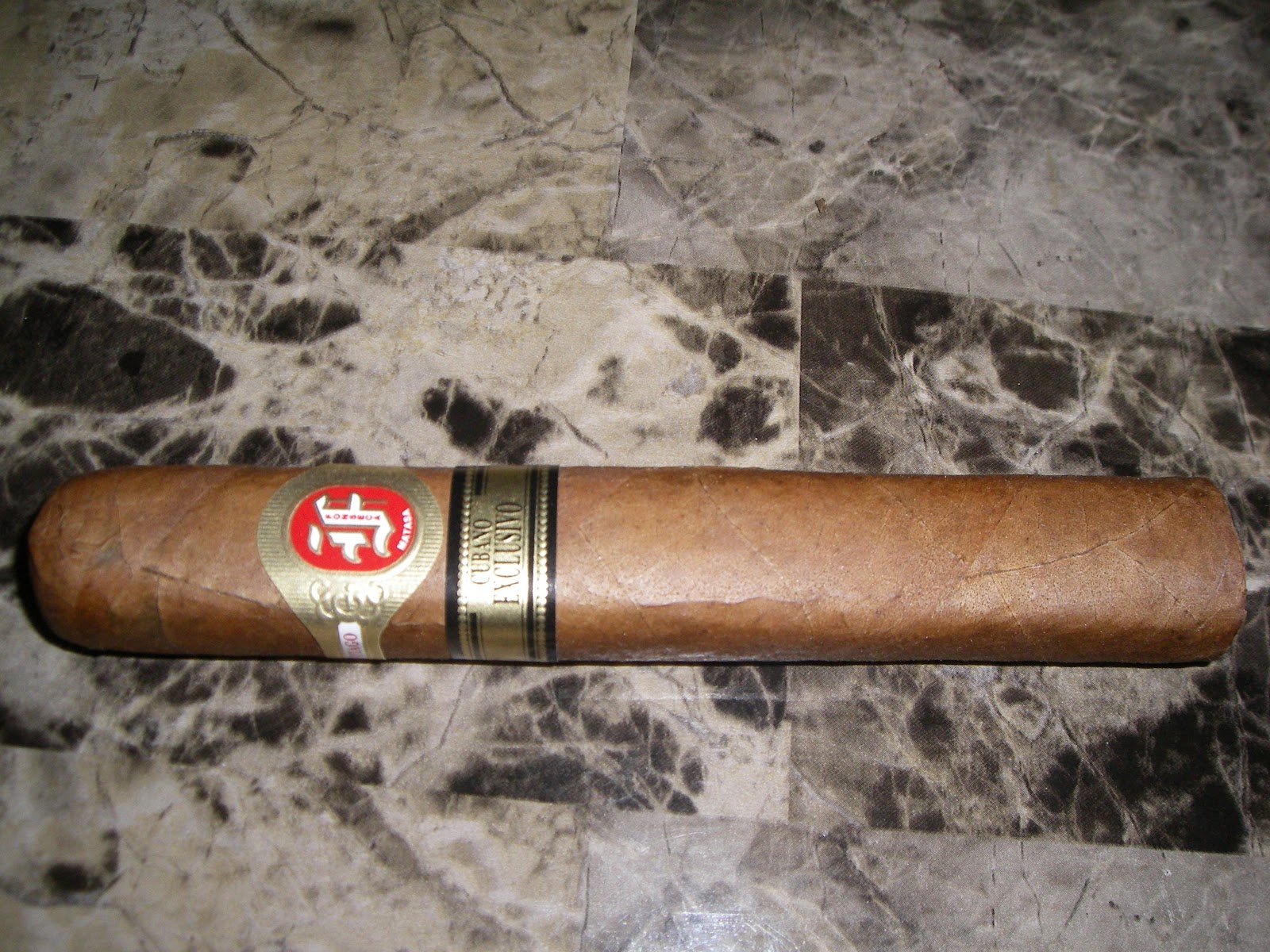 Over the past year, this blend dialed back slightly in to more of a medium strength and medium-bodied smoke.  The citrus notes dialed back shedding a little of its acidic qualities and emphasizing more sweetness.  This became a very enjoyable smoke for any time of the day. 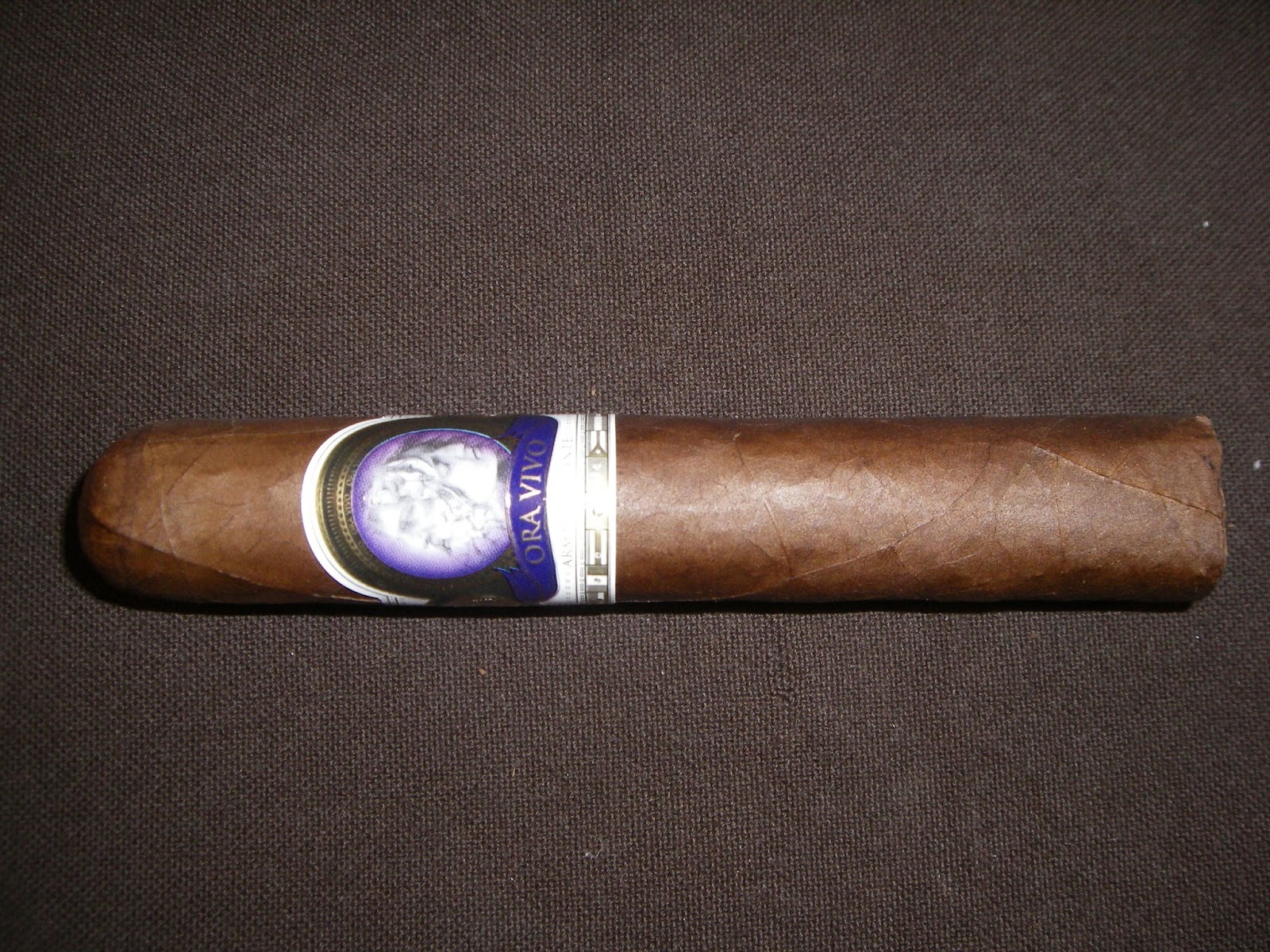 In 2013 Victor Vitale’s Legacy Brands launched a new cigar line called Ora Vivo Armand Assante. This project is a collaboration between Vitale, Gary Macchione of Boutique Brands, and motion picture actor Armand Assante. The first cigar, the Ora Vivo Armand Assante was launched at the 2013 IPCPR Trade Show. What made this project so unique was the fact that Assante is a celebrity who did not just lend his name to this project, but played a hands-on integral role in its development. This Nicaraguan puro was originally launched in four sizes. Later in the year, four additional sizes were launched for Europe.

The original Ora Vivo released in 2013 is an example of a great cigar that got even better in 2014. The cigar had a wonderful flavor profile of toasted nut, white pepper, cedar, and a Nicaraguan twang. The cigar maintained its medium strength and medium body while getting even smoother over time. 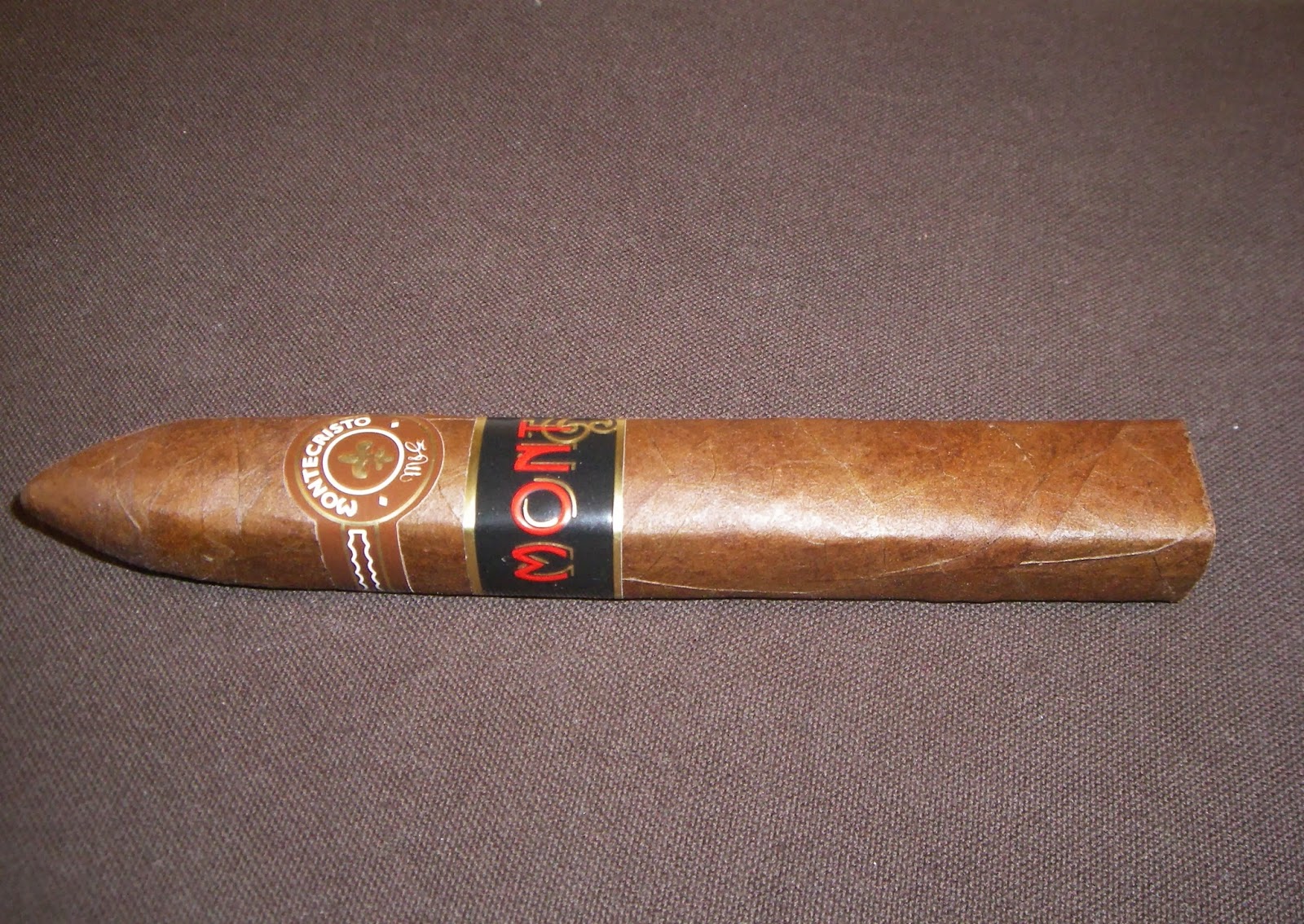 At the 2013 IPCPR Trade Show, Altadis USA launched the Monte by Montecristo.  This was meant to be a slightly more affordable price point ($8.50 – $9.50) in the Montecristo brand by Altadis USA. The blend features an Ecuadorian Habano wrapper, a double binder consisting of Dominican Olor and Nicaraguan Corojo as well as Dominican fillers. The line was launched in two parejos and one box-pressed torpedo.

The Montecristo brand has been introducing some of the best blends in the Altadis brand over the past year. This is a medium to full strength, medium to full-bodied cigar. It delivers a nice amount of complexity including notes of cocoa, earth, pepper, caramel, grass, and cinnamon. he flavors are much more rich this time around – especially in the Jacapa No. 2 (box-press torpedo). 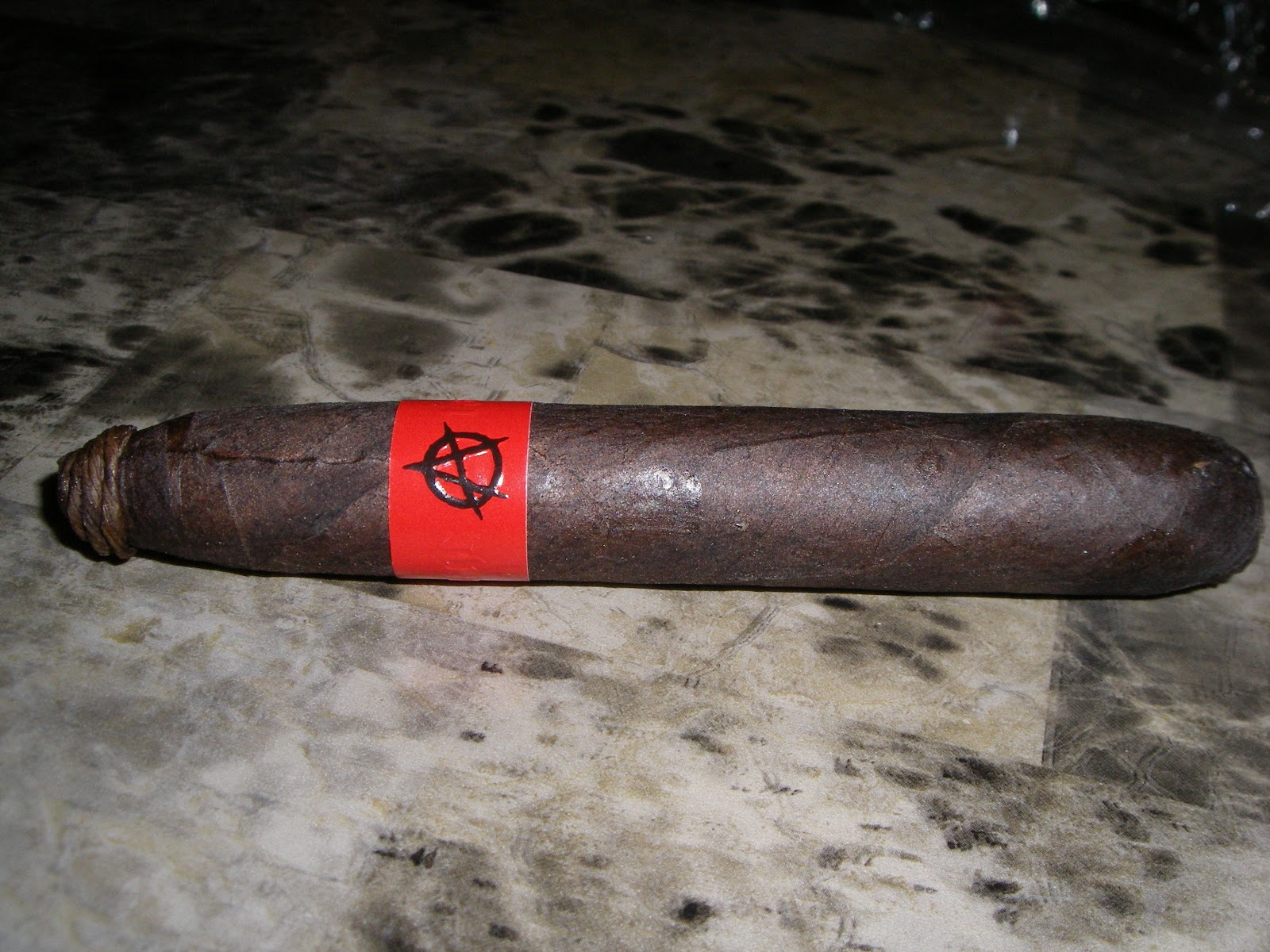 Could the cigar that finished as the Cigar Coop #3 Cigar of the Year get even better with age? The answer is absolutely.

The Tatuaje Apocalypse was released in December, 2012 (thus qualifying for the Cigar Coop 2013 Cigar of the Year list). &It is a limited edition shop exclusive to Smoke Inn in Florida and was the fifth installment to its MicroBlend Series. It was the second blend in this series to be provided by Tatuaje Cigars – following up another cigar that finished as the Cigar Coop #3 Cigar of 2011, the Tatuaje Anarchy.

This cigar is a petit salomon measuring 5 1/4 x 48-52.  It features a Connecticut Broadleaf blend over Nicaraguan binder and filler.  Last year, we noted how this cigar continued to get better with age as it rocketed to the #3 slot on the Cigar of the Year Countdown. It continued to even get better in 2014. It had rich and robust flavors from a Connecticut Broadleaf you would come to expect – namely notes of coffee, espresso, earth, pepper, and nut.  It’s a medium to full cigar in terms of strength and body that pushes toward the full mark by the end of the cigar.  Overall, this now ranks as one of Tatuaje’s best cigars released to date. 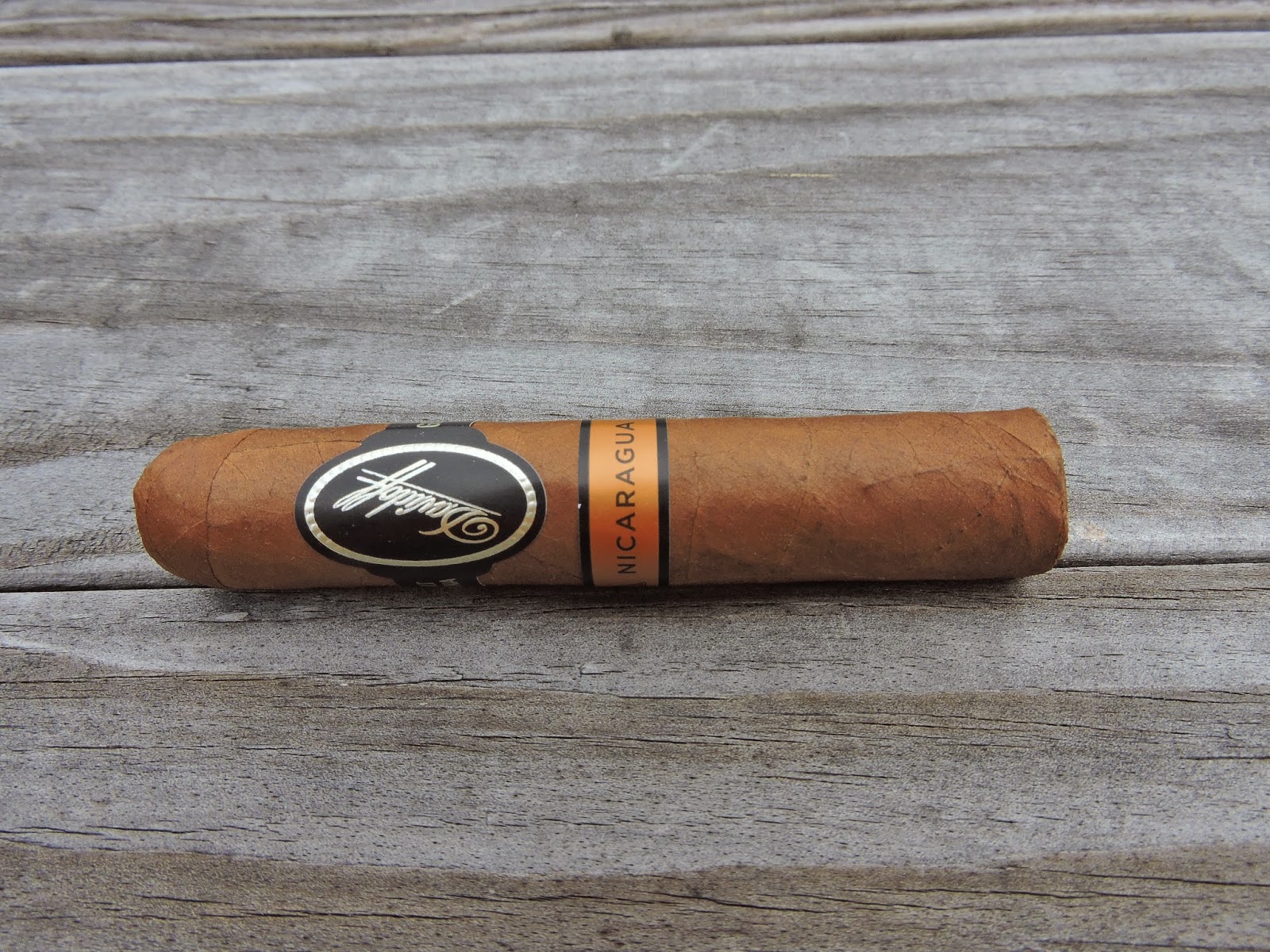 One can easily make the case that the Davidoff Nicaragua was one of the most talked about cigars in 2013.  It was a significant release as it marked the first time Davidoff and master blender Henke Kelner released a Nicaraguan puro.

This was a critically acclaimed release by many. Over the past year, this is a cigar that has matured over time. It delivers classic Nicaraguan flavors such as coffee, nut black pepper and cedar, yet maintains such Davidoff-esque qualities as herbal grass notes. This is a medium to full cigar in terms of strength. The cigar really came into its own – especially in the Short Corona size.

Last year, the winner for Best Aged Cigar of 2013 was the L’Atelier core line.  During 2013, a new offshoot of the L’Atelier line was released called L’Atelier LAT46 Selection Speciale.  The LAT46SS differs from the L’Atelier line in that it uses a higher priming of the Sancti Spiritus wrapper that is found on both of cigars.

The L’Atelier LAT46 Selection Speciale was originally released in one size – a 5 5/8 x 46 Corona Gorda, but has had 3 sizes added since its 2013 release. It was another really came into its own in 2014. It delivered notes of coffee, pepper, nut, and even some tea notes. The pepper is unique – more of an exotic spice and not overpowering on the palate. The cigar itself is medium to full in strength and body. Overall the Sancti Spiritus wrapper blends of L’Atelier have really gotten better and better over time. 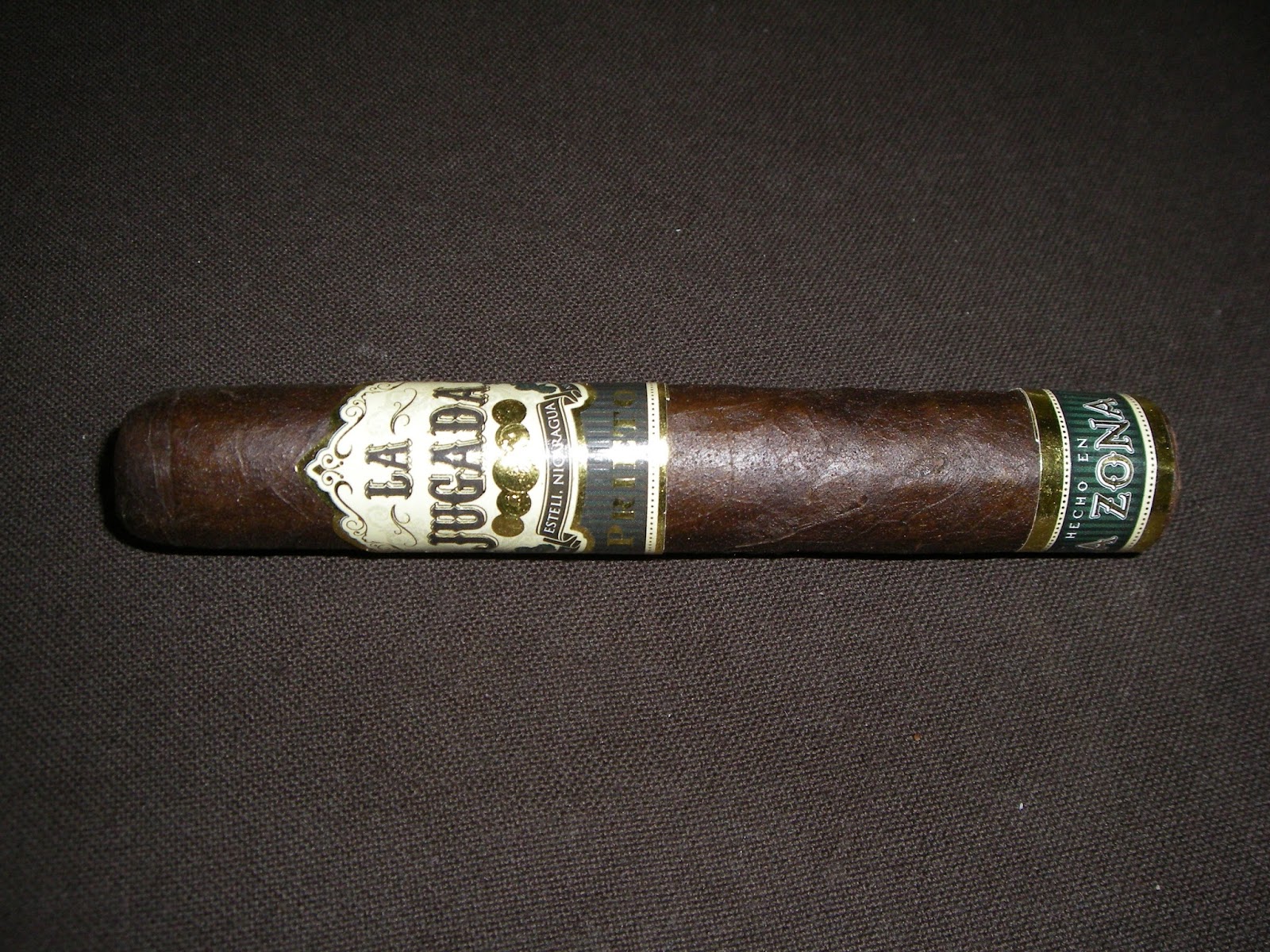 This past year, Moya Ruiz Cigars was named one of our 2014 Five Boutiques to Watch.  The company released their first cigar in 2013 called the La Jugada Prieto. The name Prieto stands for “dark” – and that is exactly what this cigar is – a dark San Andres maduro wrapper over Nicaraguan binder and filler. The Prieto, along with all of Moya Ruiz’s offerings come out of Erik Espinosa’s La Zona factory in Nicaragua.

One can certainly make the case that San Andres is a difficult wrapper to work with because it can overpower a blend. The Prieto was a good cigar last year, but at times did exhibit some of the pungent qualities of this wrapper – namely sharp spice and citrus notes.  With a year’s time, this is a cigar that really smoothed out. The mocha and earth notes from this wrapper really shine staying in the medium strength / medium-bodied range. It’s a cigar that really now holds its own. 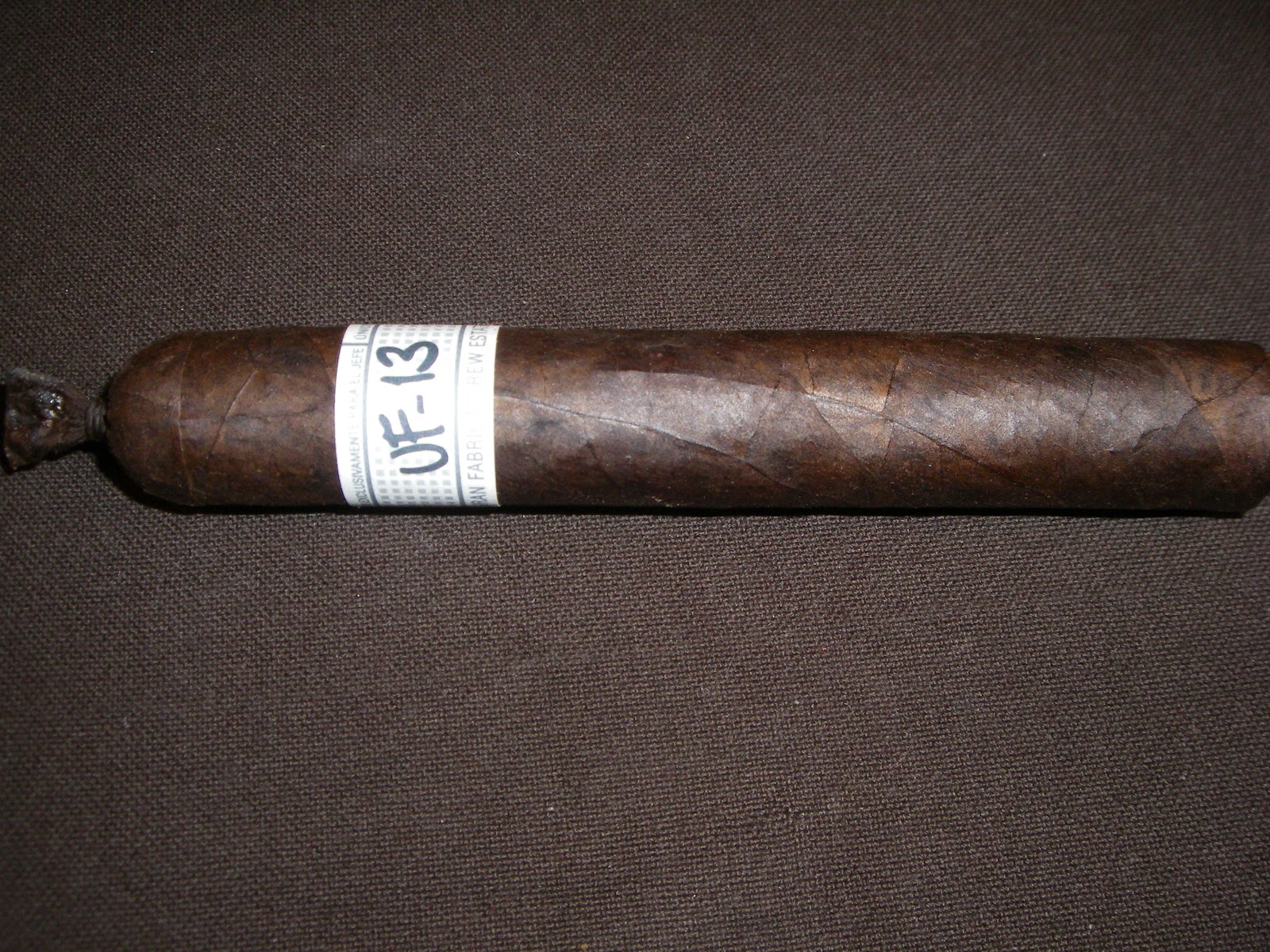 Like the Tatuaje Apocalypse, the Liga Privada Unico Serie UF-13 Dark was a highly rated cigar on Cigar Coop – finishing as the #8 Cigar for 2013. This is another great cigar that got even better in 2014.

The UF-13 had been floating around in several forms for quite a while at events, but ultimately a version made it to market in 2013.  The cigar was released as a part of the Liga Privada Unico Serie (one size, one blend) in a 5 1/2 x 52  robusto.  On the surface, the UF-13 might sound like a Liga Privada No. 9 with its Connecticut Broadleaf wrapper, Brazilian Mata Fina binder, and mix of Honduran and Nicaraguan filler – but that is where the similarities stop. While we at Cigar Coop and Stogie Geeks have often questioned the aging potential of the No. 9, the UF-13 went in the opposite direction and even gets better.

This cigar delivers rich notes of coffee, mocha, leather, nut, and pepper. I’d still say its a full strength and full-bodied smoke, but time has mellowed it just a touch. The result is a robust and well-balanced cigar that is smoking as good as any Liga Privada I have ever had. 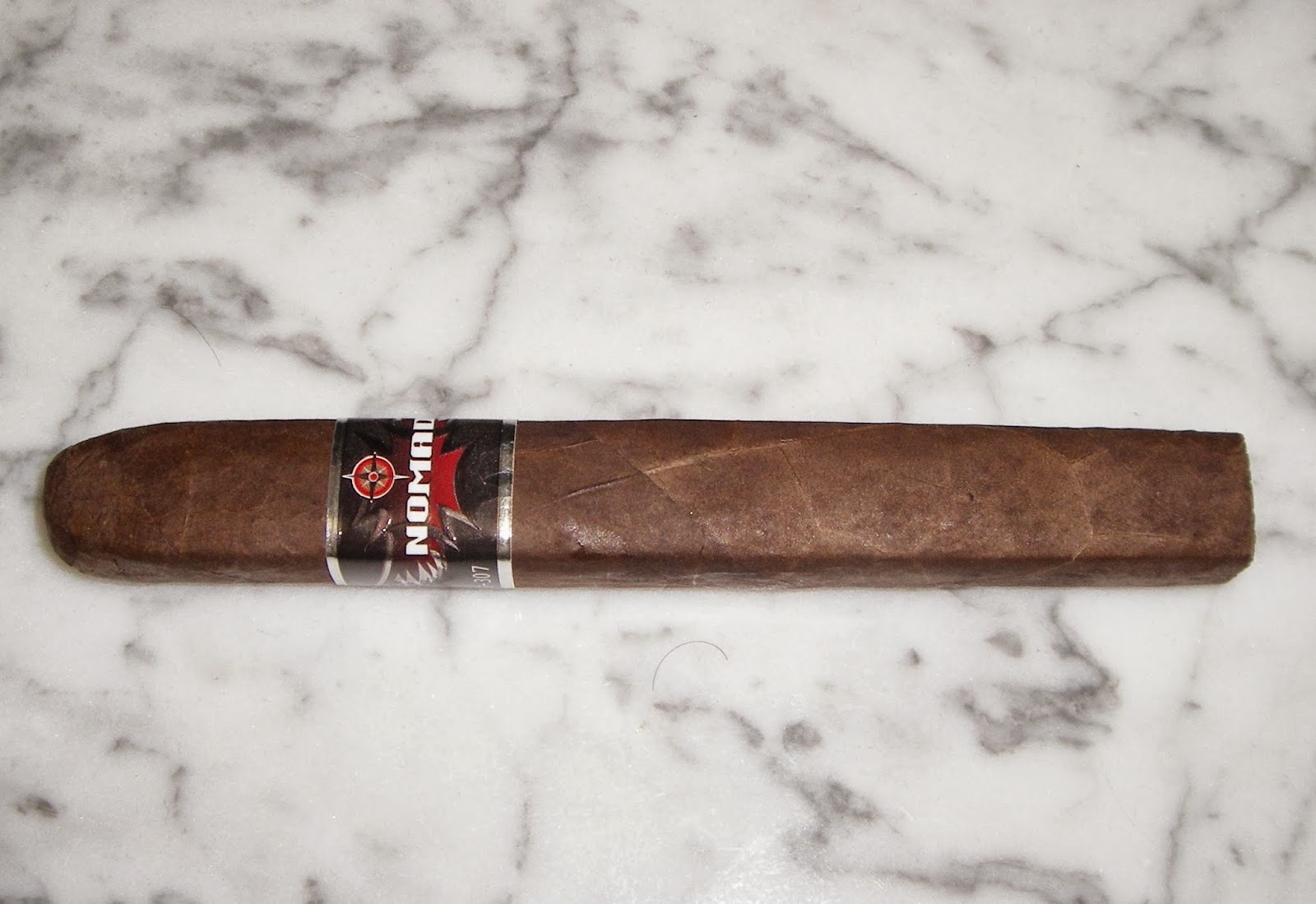 The Nomad S-307 was the third line released by Fred Rewey’s Nomad Cigar Company and became his company’s first regular production line produced in Nicaragua.  It also became Nomad’s first box-pressed offering. This is another case of an excellent cigar that got even better in 2014.

Made at Tabacalera Fernandez in Esteli, Nicaragua, the S-307 features an Ecuadorian Sumatra wrapper over an Ecuadorian Habano binder and Nicaraguan fillers.  While the S-307 is not a spice bomb, I was still surprised to pick up a little more spice (as well as overall body) than when I originally sampled this cigar. This cigar delivered a flavor profile of cedar, pepper, and raisin notes. I also found a lot of these flavors to be present on the retro-hale really adding to the complexity of this cigar. This medium strength, medium-bodied cigar is good any time of the day and now ranks as one of the rock-solid lines under the House of Emilio profile. 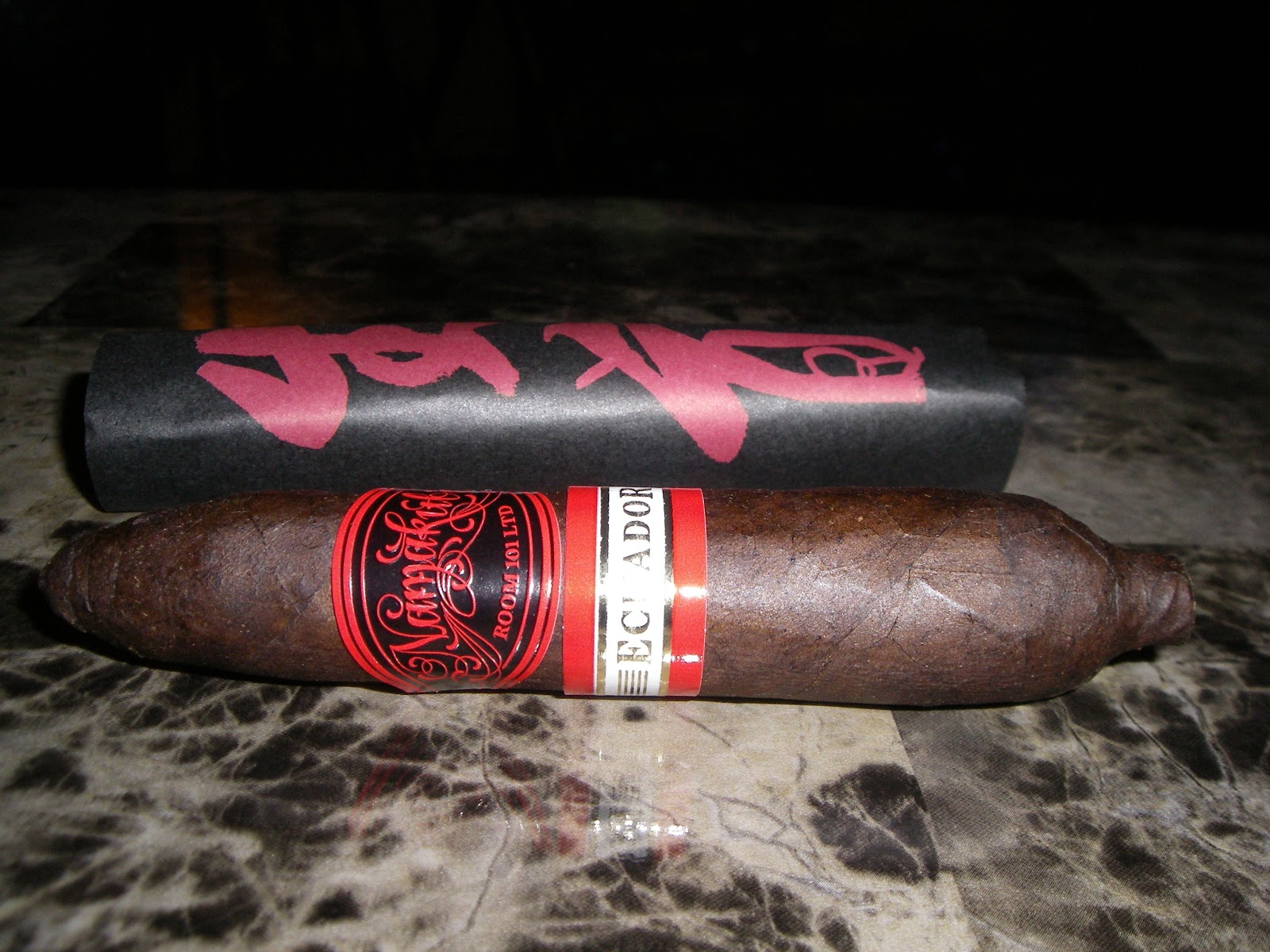 If there is such a thing as once a bridesmaid, but never a bride, it doesn’t apply to Room 101 Cigars. Last year, Matt Booth’s Room 101 San Andres was the runner up for the Best Aged Cigar. This year, it’s the Room 101 Namakubi Ecuador that takes the top honor.  This is a cigar that quietly has become the best cigar in an excellent Room 101 portfolio.

The Room 101 Namakubi Ecuador was released in 2013.  It features a Habano, Authentic Corojo, and a mix of Honduran and Dominican filler.  Three of the sizes were artesian figuardos, but it was also done in the brand’s signature Papi Chulo (4 x 42). Late last year, a shop exclusive limited edition lancero (H-Town) was released for Stogie’s World Class Cigars in Houston.

This blend features a mix of chocolate, earth, cherry, and floral spice notes. The flavors were maduro and the cigar seemed to smooth out over the past year. The cigar floats between medium to full and full in both strength and body depending on the size In the five sizes produced with this blend, each consistently performed excellent.

While the original Room 101 Namakubi was the breakout blend for Room 101, the Namakubi Ecuador took things to the next level.