Assessment Updates will be posted on this web-site to: 1) Assess “pre-review” cigars that were not given a rating or score (typically pre-release cigars); 2) Provide numeric ratings to cigars previously assessed prior to the implementation of the numeric scoring system; 3) Provide a re-assessment and re-score of a previously assessed/score cigars. Today, we re-assess Rocky Patel Prohibtion San Andres. This was a cigar we did a pre-release assessment back in September, 2014. 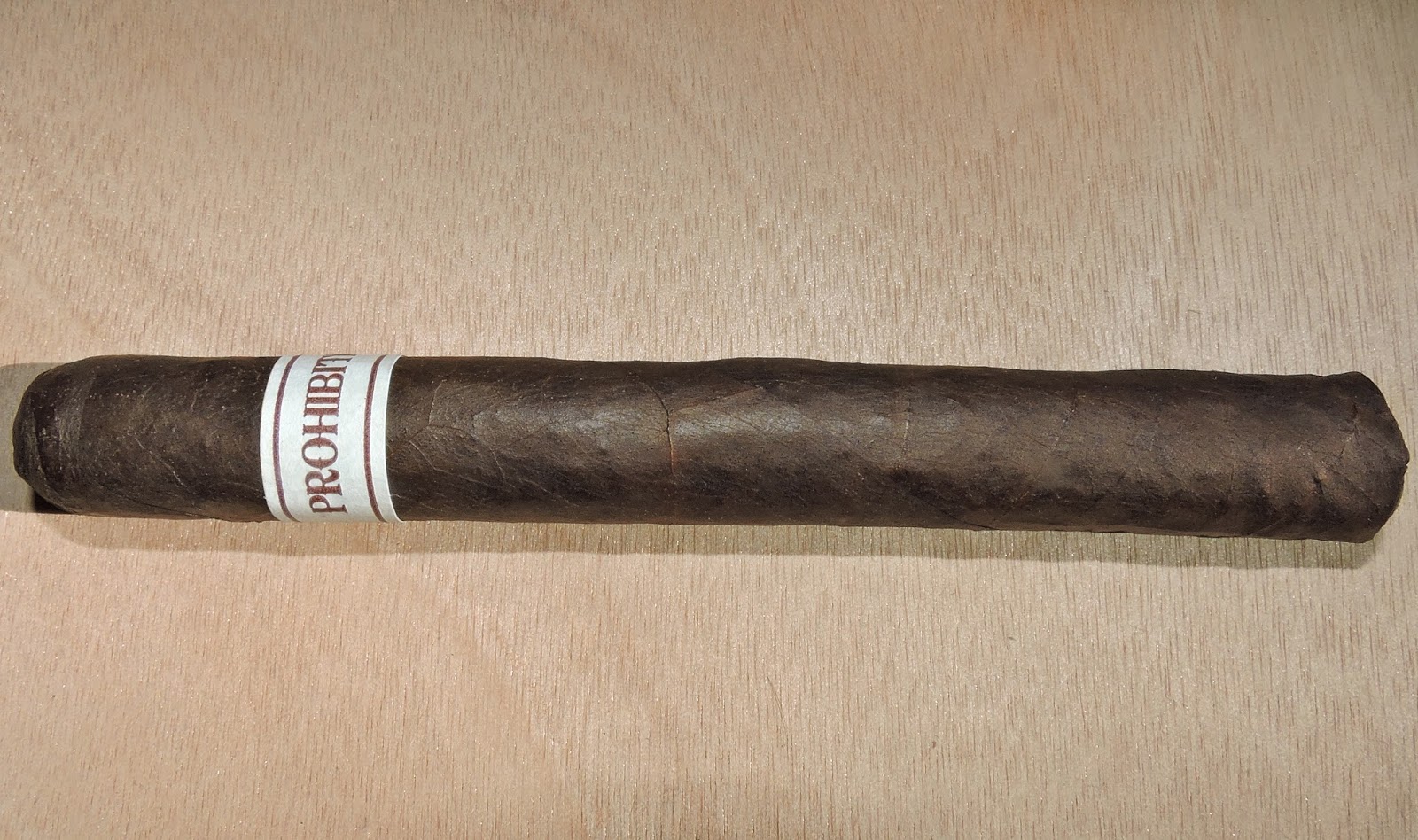 At the 2014 IPCPR Trade Show, Rocky Patel Premium Cigars launched four new cigar lines. One of those lines is called the Rocky Patel Prohibition. For the past few years, company President Rocky Patel has invested many time and resources in the crusade to defend cigar rights. The name of this cigar is a reference to the real threat of regulation now staring the cigar industry in the face. The Prohibition line consists of two distinct blends – one containing a Connecticut Broadleaf and another containing a San Andres Mexican. After having an opportunity to smoke a pre-release of the Prohibition San Andres back in September, we come back and revisit this cigar for this Assessment Update.

For the most part, I found the production version of the Rocky Patel Prohibition San Andres to be in the same wheelhouse as the pre-release.  The cigar started out with noes of earth, espresso, and white pepper.  Early on, (like the pre-release) the espresso syrup note had a sweetness and coated the palate.  I did find with this final version, the cigar took on more of an earthy and traditional black coffee note in the second half.  Like the pre-release, the white pepper kicks in the final third.  Overall I found less in the way of cream and nut flavors this time around.

The construction of this cigar was excellent.  In particular, the final version delivered a near flawless burn and gets an “exceptional” rating.

Overall, when comparing the Rocky Patel Prohibition San Andres versus the Broadleaf,  I found the San Andres one to deliver the better cigar experience by a significant edge.  This is a very good offering by Rocky Patel and the product of his move toward vertical integration (using his factory and farms) is paying off.